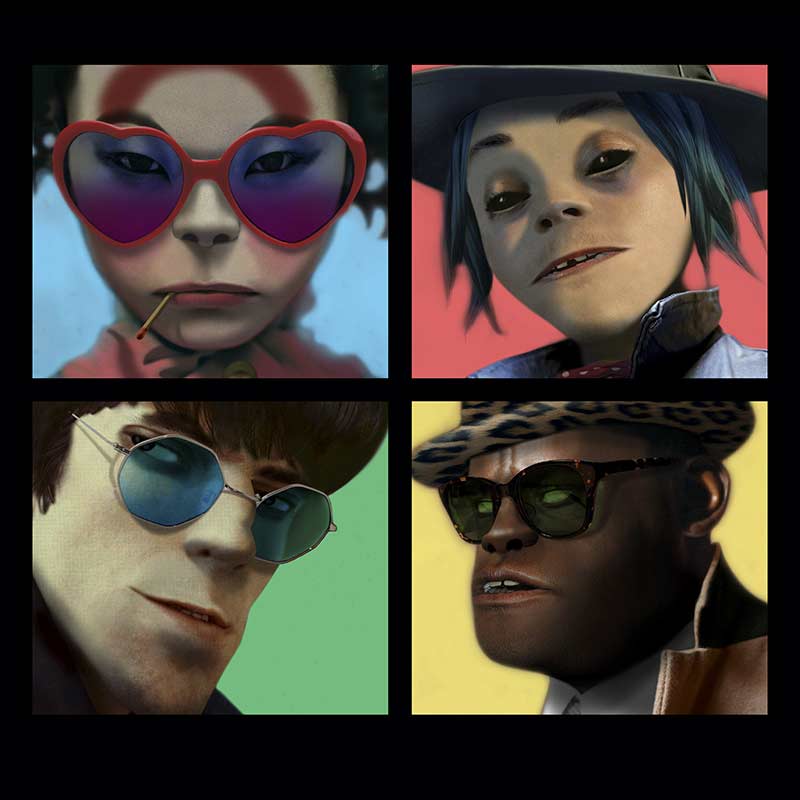 There’s scarcely a Britpop survivor as restless as Damon Albarn. While former opponents such as Oasis’ Liam Gallagher have relocated to swearing and leisure, Blur’s front man changes projects like others change their guitar picks. In addition to solo albums, detours into ethno and the supergroup The Good, the Bad & the Queen, it is now once again time for his comic all-stars, Gorillaz. The four of them went underground over the last seven years. Now, 2D, Murdoc Niccals, Noodle and Russel Hobbs are back with a new album and have brought easily two dozen guest stars to back them up in the studio in the shape of Noel Gallagher, Grace Jones, De La Soul and Mavis Staples, just to name a few. The fact that the whole thing works comes down to the songs, which here form a rounded work, skilfully alternating between gospel updates like “Hallelujah Money”, disco funk along the lines of “Strobelite” or “Submission”, and RnB à la “She`s my Collar”. The opulence may overwhelm some listeners; however, it is a superb, modern album between aspiration and dancefloor. 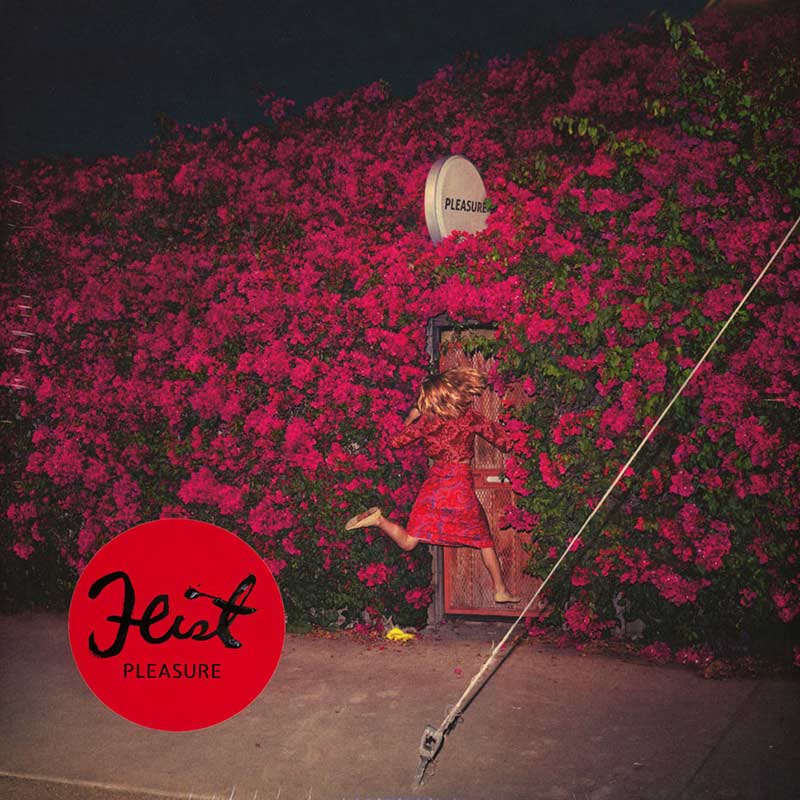 The noughties’ indie queen is finally ready with a new album. Let’s recall: with “Let it die” the Canadian won over the hearts of her listeners in 2004. With “The Reminder” (2007) she finally turned into a somewhat different kind of superstar. Intelligent songwriting, idiosyncratic structures and great melodies between understatement and ambiguity – all of it interwoven into songs, among which “1234” as well as “My Moon My Man” are the most outstanding ones. She can’t be accused of going about it in a rush, and the long break after its predecessor “Metals” (2011) has done the quality of the material good, as usual. With its spooky guitar the title track really gets to you, “Get Not High, Get Not Low” interlaces Joni Mitchell and country, “Any Party” emerges as a prickly surprise-reminding you of Chrissie Hynde’s Pretenders while, together with guest star Jarvis Cocker, “Century” comes across like a bluesy steamroller, defiant, self-confident and  full of subtle power. You feel like shouting to her not to always leave her listeners waiting so long. Nonetheless, “Pleasure’s quality bears out Feist and her way of working without further ado. 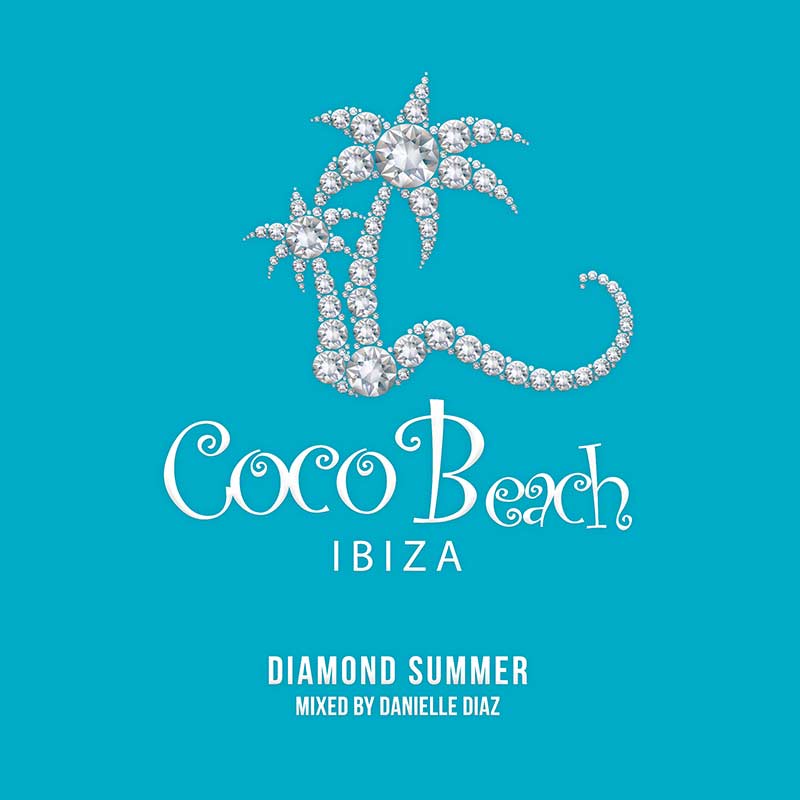 Danielle Diaz has done it again: After the incredibly successful fifth edition of the compilation classic from Coco Beach, which was enriched last year by illustrious greats like Moby, Felix Jaehn and Robin Schulz, here comes-perfectly timed for the euphoria of the start of the season-the new edition entitled “Vol. 6”. Once again, Danielle Diaz and the Kontor Records label are working together.  Also once again, everything from big names such as Jose Padilla and Major Lazer & DJ Snake to the surprise shooting stars, Milky Chance, all the way to the massively good Alicia Keys have come together on three full-to-the-brim CDs to provide the soundtrack to the summer on the White Island. A skilful change of rhythm between groovy and chill, laidback and dance-compatible: in short, the Balearic lifestyle in all its sonic essence. A tip for all those who are still hesitating: in 2016, the album was already completely sold out during the season. So, this year you are also advised to get in there quickly. 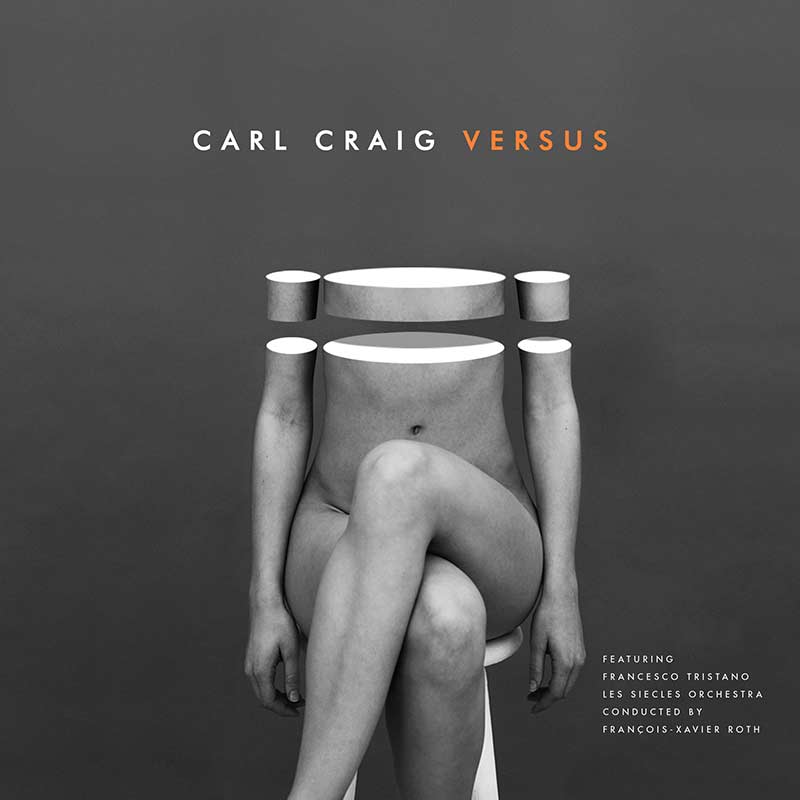 The eminence from Detroit has once again turned on the right switches and equalizers. However, parts of his own work have been poured into a whole new, utterly unusual sound. On “Versus”-not in the least as headless as the cover would have us believe-Craig heaves his techno sound into orchestral realms. He got the inspiration for this record from a 2008 concert at which the Paris Symphony Orchestra Les Siècles reworked techno tracks by the man from Detroit into classical treasures. “Versus” sets out here together with pianist Francesco Tristano, who was responsible for the scores, and Craig’s long-time composer Moritz von Oswald, with whom he previously brought out “Composed”. “Versus” is a highly successful, renewed experiment to fuse classic funk and classical sounds together. The result is a multi-layered, ever surprising work that connects the foundation of pure techno with the opulence of classical music and stately film soundtracks. In short: a crossover of a thoroughly unconventional kind. More than a secret tip. 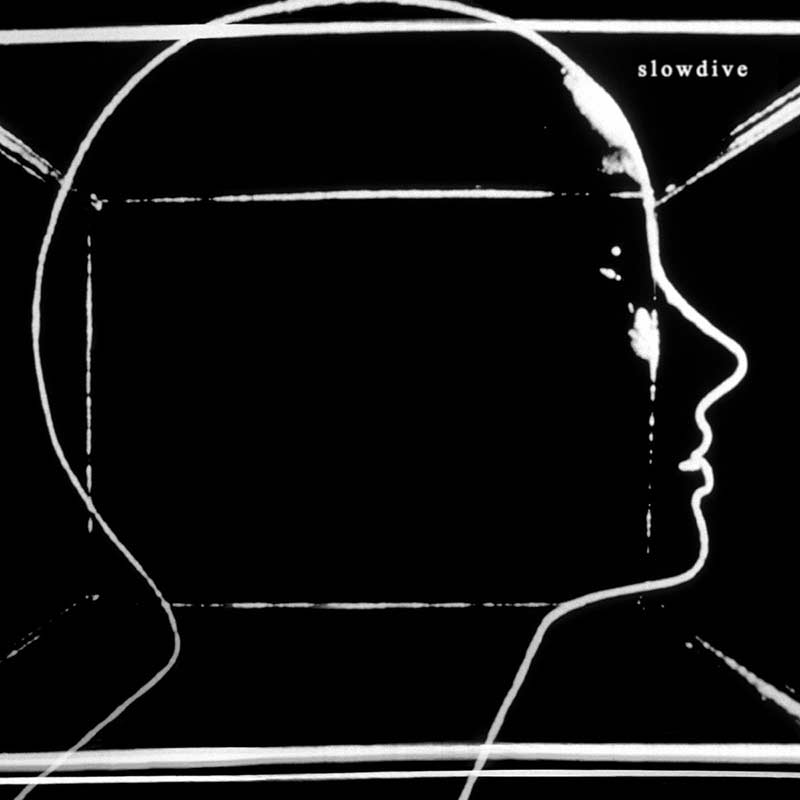 The main players have never really taken to their sound’s name: Shoegazing. Really? Just staring at shoes – and that was it?  Not at all. At the beginning of the 90s, bands like Swervedriver used psychedelic Brit grunge to build their guitar sounds. One decade earlier, The Jesus & Mary Chain had already made a high dB impression, while acts such as Ride and Slowdive subsequently formed the vanguard of classic Britpop around Oasis and Blur. All of them have something in common. They went by the name ‘Shoegaze’. And now they are not only live, but they have also released new albums again. As the last of the big names to join the ranks, Slowdive and their self-titled comeback album does not sound like there was a 22-year break in the least. Quite the opposite: The former pioneers once again take up the thread and, right from the word go, put their new material on a par with the classics “Just For A Day” (1991), “Souvlaki” (1993) and “Pygmalion” (1995). Anyone who still has doubts is advised to check out the above-mentioned “Star Roving”, a driving beast of a melody. Euphoric, addictive material for the repeat button. This summer the Brits are going on a European tour. Do not miss it!

The Fab Four are indestructible. Timeless, inspired, funny as hell, the bright yellow vinyl classic works for me.

Something new from the Pistols on ‘Record Store Day’? Not really. The sound is the same as on the subsequently released “Never mind the Bollocks” and one track (“Satellite”) has been exchanged for “Bodies”. Nevertheless, it’s still a record that is so much larger than the sum of its parts.

After a number of years, Matt Johnson has released another track. The man who bestowed gems such as “Uncertain Smile” on us has not forgotten a thing. A great song that’s refined by Johnny Marr’s guitar.

“Nie mehr Brot vom Vortag“sings the genius from Hamburg, demanding la dolce vita for all. I’m happy to agree: no-one grooves like that on the borderline between grandeur and nonsense quite like the giant with the transverse flute.

You say Weller, I say “Yeah”. A superb live recording of the British heroes The Jam, right from the heyday of punk rock.