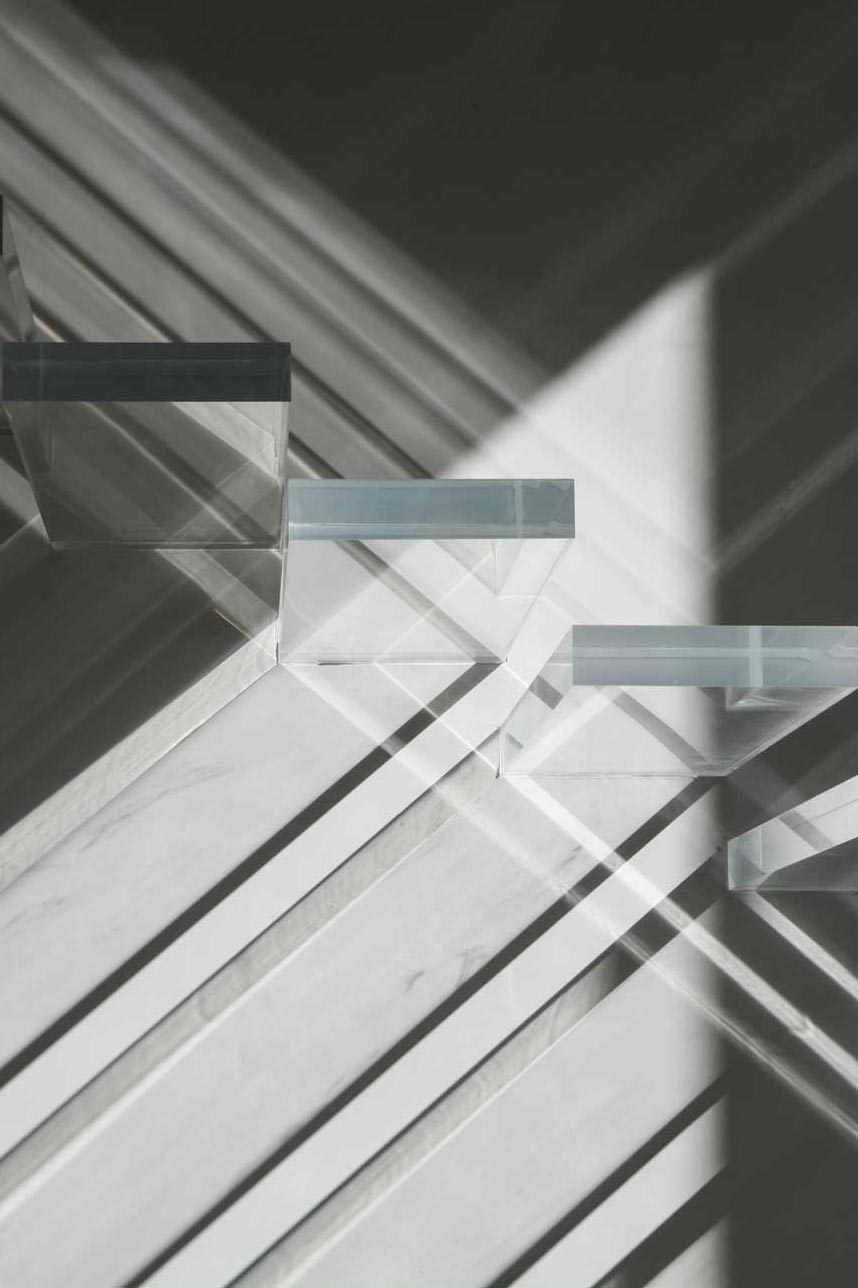 Traditional and modern, past and future come together in the work of the Catalan architect Jaime Serra Verdaguer, leader of the successful team at Atlant del Vent (ADV). Their studio can be found in a prime location, in the centre of Ibiza Town, not far from the sea. The generously proportioned suite of offices is situated on the sixth floor and offers a fantastic panoramic view of the harbour, Dalt Vila, La Marina and Sa Penya. Large windows connect the interior space with the outside world and the beauty of the Mediterranean. Strictly speaking, the light here is also one of the fundamental elements that so characterises this young, dynamic and visionary team. Intense, colourful photographs by Lourdes Grivé, Giorgio Brunetti, Daniel Balda and María Simón fit equally well into the overall concept, bringing a welcome sense of warmth into the working environment.

This lover of mountain biking and astronomy was Spanish junior swimming champion in his youth and today is President of the Club Náutico de Eivissa, one of the old-established leisure and water sports clubs on the Island. Jaime Serra Verdaguer administers the moorings for boats and organises the numerous social activities run by the club. Together with Captain David Tur, he took first place in the famous ‘Ruta de la Sal’ (Salt Route Regatta) on his yacht ‘Atlant del Vent’ and also won the Ophiusas Regatta from Sitges to Formentera. In addition, he came first in his category in the prestigious Giraglia Rolex Cup Regatta (250 sea miles from Saint Tropez to Genoa), and also participated in the ‘Middle Sea Race’ regatta (sailing round Sicily, starting and finishing in Malta). He assures us that he is not interested in fishing as a sport: “I am only interested in harnessing the power of the wind and in sailing. This way, I can better become part of the wide open sea and nature.” The same can be said of his architectural designs, which appear to blend into the earth, forest and sky.In spite of his youth, 39-year-old Serra Verdaguer can already produce an impressive CV. In 1997, he won the Ibiza and Formentera Architecture prize for the construction of a housing complex with 54 apartments in Can Pinet (Cas Serres). He took over the supervision of this contract from Fernando Marí. From 1997 until 2003, he was employed by the Sirenis chain of hotels to manage their technical services, but he then decided to go it alone and run his own business. In the past decade, he has designed more than 400,000 square metres of floor space in new buildings, carried out renovations and designed hotels, seven of which can be found on the coastline of Cuba and the Dominican Republic. His work has also received acclaim in Morocco.

At ADV, it is an article of faith that, “The architect knows a little about everything and a lot about nothing”. In a way, this expresses the same modesty that the inhabitants of Ibiza displayed in the past when it came to building their houses. Traditionally, they used only materials that came from nature and built their homes without the aid of architectural drawings, machinery or computers. These were people who knew how to knuckle down to hard work and they had a powerful imagination for aspects that are now entrusted to modern technology. Raoul Hausmann’s definition for this is “Architecture without architects”. At that time, before the Spanish Civil War, intellectuals and poets from war-torn Europe were fascinated to discover this mysterious, poor but still genuinely innocent Island, which sadly no longer exists.

Serra Verdaguer follows the legacy of the old school of Sert, Broner and Rodríguez Arias, three famous names from the Guild of Architects, and is a staunch defender of the model of popular Pitiusas architecture, while at the same time adapting it to the necessities of modern life: “We have to respect the look, proportions and detailing of the traditional buildings. We must be willing to learn lessons from the past, for example on how to use natural orientation and also sunlight and renewable energies. Today, we wrongly choose looks over the simplicity and usefulness of an object. However, functionality will always come out on top. I advocate building sensible, habitable dwellings and not works of art.”