Writer: Lena Kuder | Photographer: Philipp Rathmer
Katja Flint, A versatile actress
The actress Katja Flint (49) finds comedies a particular challenge as, in her opinion, they’re only good if they’re very well written and what really counts is being able to deliver the punchlines. She never wants to be stereotyped as an actress, even though she’s been offered umpteen chances to play the elegant lady in expensive clothes, complete with villa and luxury car. It is important to her to remain versatile. Ibiza Style spoke to her about her projects and her links with the White Island. 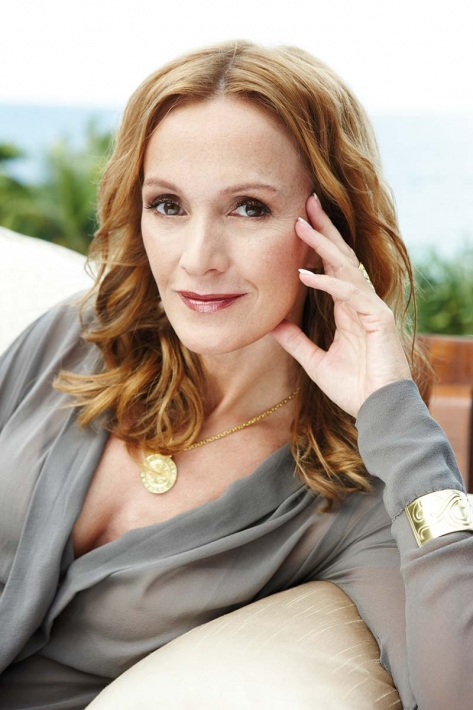 Katja Flint stares into the middle distance and turns the clock back 34 years. That was when, aged 15, a friend’s parents brought her to Ibiza for the first time. “I remember there was a bar called ‘Il Rubio’ in the old harbour, owned by a German. His girlfriend was an incredibly beautiful blonde and he would always send us home with the words “mañana más”, or “come for more tomorrow”. Often we realised that the others were going on to the Pacha club, but we were too young. That got to us, of course. We swore back then that when we were 18 we would go too. Pacha’s the real deal,” she says with a grin. She goes on to describe how hard it was for her parents to get the adolescent Katja to come in from the street because she was “a motorbike groupie who much preferred to be with the bikers than to move in high circles”. She was made to join the Hannover Golf Club and it was there that she befriended a girl whose parents had a house in Roca Llisa. At the golf club in Roca Llisa came the memorable occasion when she reduced her handicap from 19 to 11, which is a source of pride to her still.

Katja Flint honeymooned in Ibiza with Heiner Lauterbach, to whom she was married from 1985 to 2001, and they stayed in the finca owned by his father. “My son, Oscar, is now 21 and we went to Ibiza when he was just four weeks old; it was his first trip. Holidays in Ibiza always meant such a lot to me,” she says with feeling. Then came a period during which she didn’t return for many years, until she rediscovered the island during a film shoot around five years ago. “I found a beautiful place to stay and it rekindled my earlier passion for Ibiza,” she declares. She had stopped thinking about the island for a time because of its image as a place to party, which she didn’t feel was relevant to her life any more. She soon realised, however, that visitors decide for themselves whether to dive into the nightlife or to just enjoy being surrounded by nature. When her son was still living with her, he would meet up with his friends and go out while she stayed behind to enjoy the peace and quiet.

She is currently developing a film script in which the story is loosely connected with the goddess Tanit, who is revered in Ibiza. “In contrast to the islands of – let’s say – the South Pacific, Ibiza has an incredible history that provides the ideal backdrop against which to set a modern tale. I’m thinking of a mysterious thriller, set in winter, with a connection between Tanit and the female protagonist,” explains Katja Flint. She was inspired by films such as ‘Don’t Look Now’, starring Julie Christie, a mystical thriller with supernatural elements. She would love to make a similar film but has not yet found the right author.

The film comedy by director Stephan Wagner ‘Mütter, Väter, Kinder’, (Mothers, Fathers, Children) was nominated for this year’s Grimme Prize, awarded at the festival in Marl (North Rhine-Westphalia) on 3rd April. Katja Flint plays Gisela, an impulsive character who likes to be called ‘Ginger’. What was it that drew her to this role?

“I devised the main characters in the story and Oscar came up with the name Ginger,” she says. “I really enjoyed playing Ginger, this maladjusted hippy, and it also allowed me to counteract my image as a cool blonde and to avoid being stereotyped. I like to play perfectly normal women too, such as the handball coach and mother of two boys in ‘Der verlorene Sohn’ (The Lost Son).” This was named as best TV production of 2008/09 at the Munich Film Festival. In the film, one of her sons becomes a terrorist suspect and her life goes increasingly haywire…

But the role of Ginger leads on perfectly to the subject of Ibiza. Katja Flint is a passionate advocate of the hippy mentality. There is no hint of driving ambition or of putting her career above all else. She wants to have fun and enjoy life, which wholly contradicts the principles of a performance-driven society such as Germany. Whenever she feels stressed out she just says: “Come on, let’s go to Ibiza.” 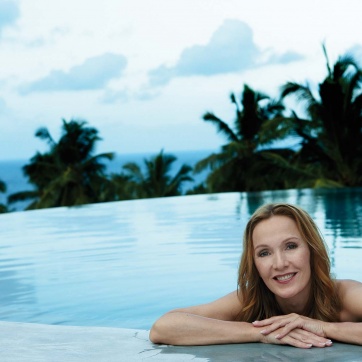 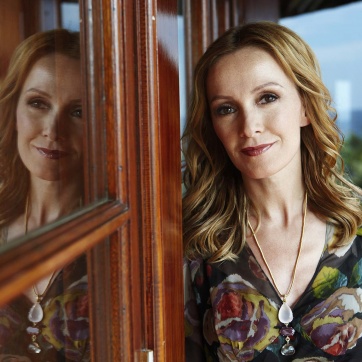 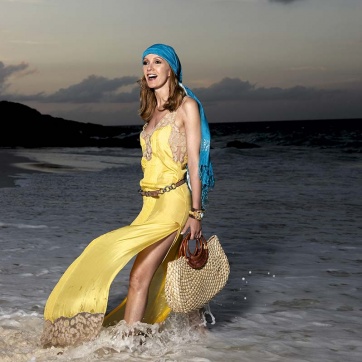 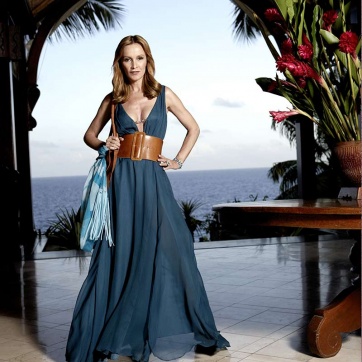 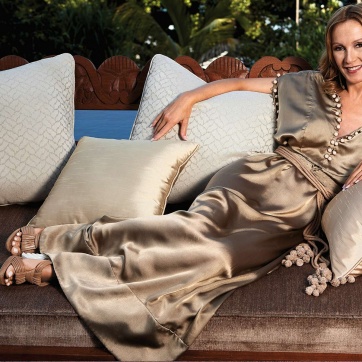