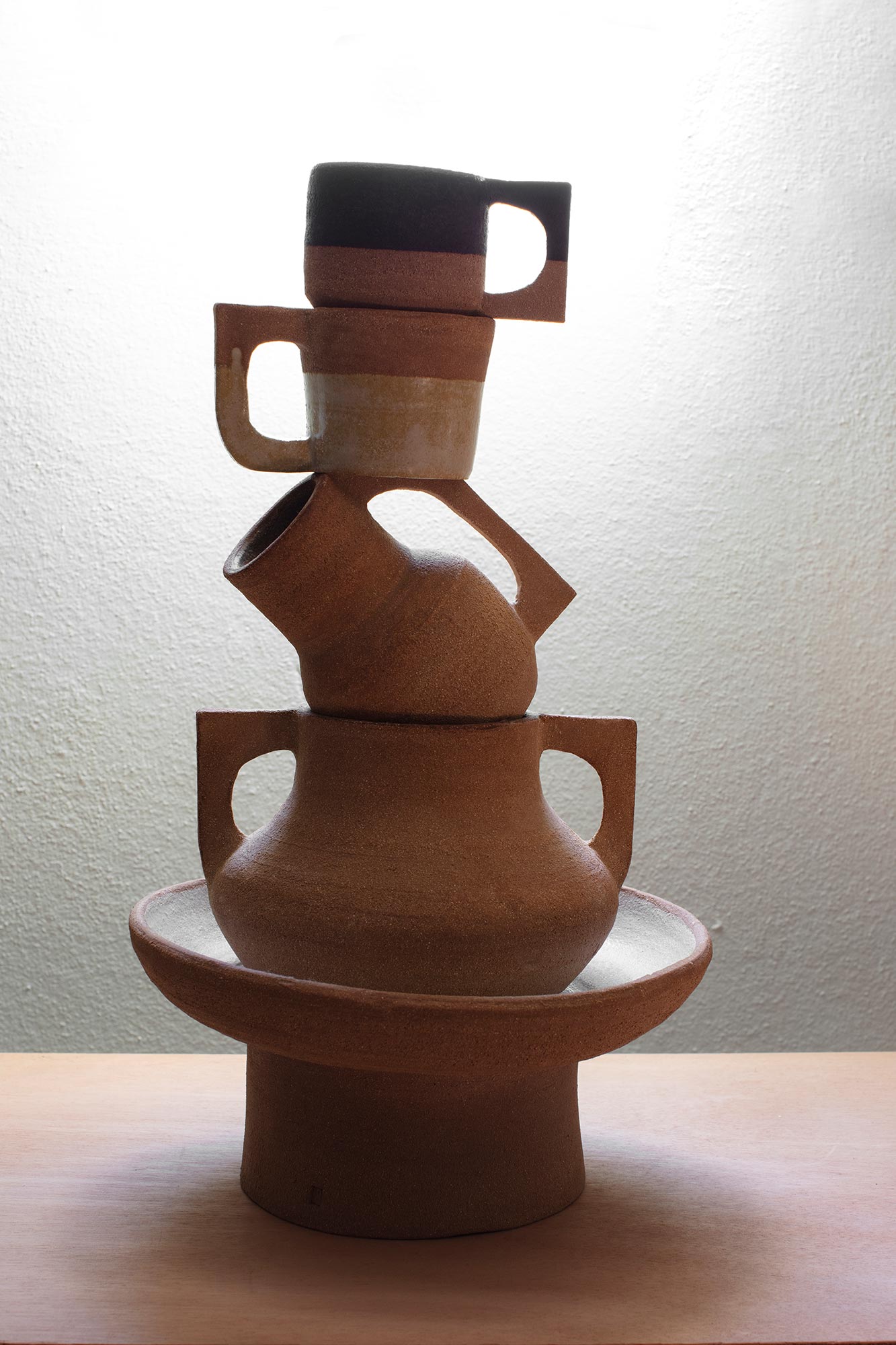 Browsing Maria Sejas Balda’s Instagram (@mariab.ceramics), with such beautiful and original pieces, it seems impossible to believe that it was only four years ago that her hands first work with clay.

Maria says that it was a dream she had harboured since she was young and that she even made a wheel in her native Argentina when she was in her early twenties, but “in less than a year I split up and the wheel stayed where it was”, she explains, so she never got around to taking classes.

All his life, however, she has explored various creative facets. “I do graphic design, but I consider myself more of a graphic artist because all my designs start by hand”, and she is also dedicated to photography, in tandem with her partner of more than 30 years and father of her two children, the photographer and surfer Daniel Balda. With him she has travelled and lived all over the world: Argentina, Miami, Costa Rica, Hawaii, Ibiza… She is also passionate about painting, although she admits that right now she lacks the time to dedicate to the amusing little creatures she draws.

She had not thought about ceramics again until a few years ago when a friend told her that she was going to start a course and immediately her old desire was rekindled and she signed up without hesitation. She took classes with Adrián Ribas of the Sa Teulera workshop every day for a whole winter, and for a year and a half she began to share a studio with that friend, Laura De Grinyo, now established as Ladio Ceramics. Although she maintains that at that time she did not yet have her own style, her first pieces were soon sold to La Granja.

Today, her original plates and bowls can be found in high-end venues such as Óscar Molina’s Michelin-starred restaurant La Gaia, the Six Senses Ibiza resort or the exclusive Japanese bar Omakase by Walter. Asked how someone, without promotion or having a point of sale as such, can have a presence in places like these, she replies that it is all thanks to word of mouth and contacts.

This winter she took part in an exhibition of ceramists at the unique Espai Micus. Katja Micus herself contacted her after finding her on Instagram and invited her to participate after visiting her studio. The show featured works by eight ceramists and ran from December to April, a very positive experience that allowed her to expand her contacts and sell a few more pieces. 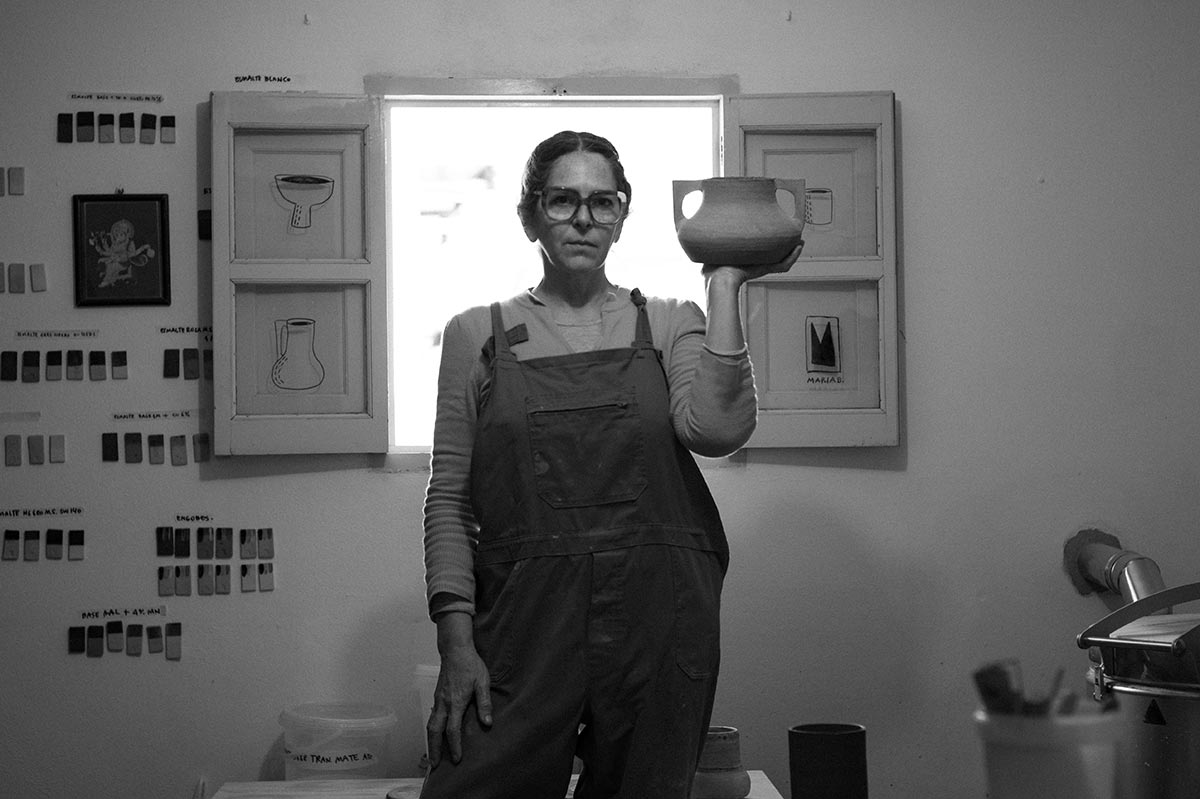 Maria makes all her pieces by hand, so no two are ever the same. Most of them are made on the lathe and always finished by hand, although some are entirely handmade. She always starts from an idea in her head, with many different sources of inspiration, mostly from art, architecture and design in a variety of styles. Then she “sketches” and later the design, with the proportions, the size… something that is never set in stone, because it is always subject to the spontaneity of the creative moment.

She only uses stoneware, high-temperature clay, but she uses eight different types. She prepares almost all the glazes she uses herself, as she learned from a chemist in Barcelona, and all the glazes she uses are food-safe. In this way, she obtains pieces that are ideal for use in gastronomy and which, despite appearing delicate, are very resistant to high temperatures, use and knocks and can be put in the dishwasher.

It has three artistic lines or collections: Brutalist, inspired by this architectural style, which is the one most in demand in restaurants; Raw, with pieces that do not have glaze but a beeswax bath following an ancestral technique that covers the pores of the clay, making them waterproof and antibacterial; and Rustic, plain pieces, especially vases, which are not worked on the outside.

For her it is fundamental to give a twist to everything she does, to make organic pieces that combine functionality and beautiful aesthetics, always with a fun and different point and each one with its own individual character, in the style of the wabi sabi philosophy that preaches the beauty of imperfection: “Like people, we are all different, aren’t we?”