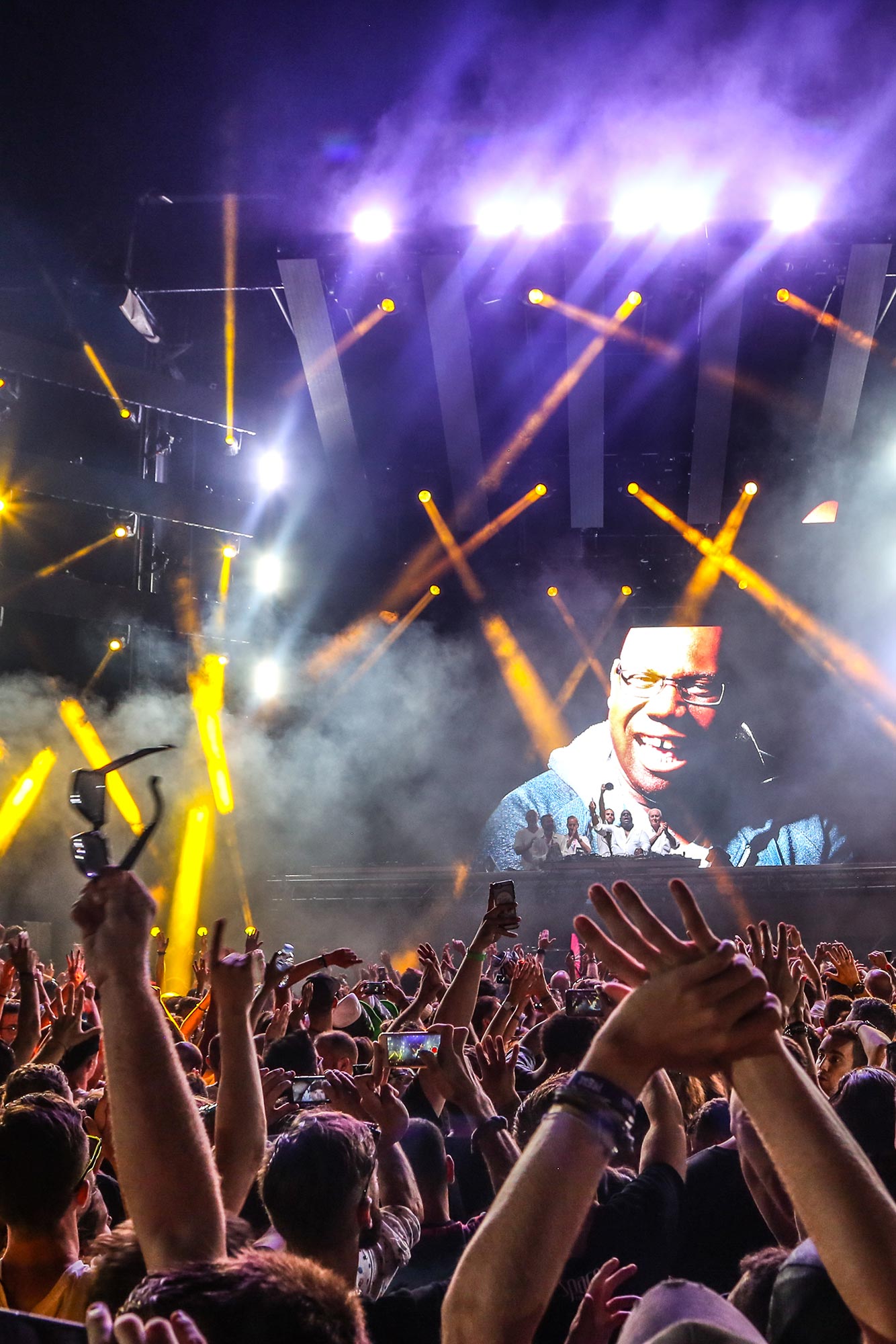 The 2016 Space Closing Fiesta was bigger, louder and more important than any closing party Ibiza has witnessed before. It goes without saying that Space Closing is always a special event, but the fact that this was the last ever party at the world-famous nightclub before rivals Ushuaïa take control of the venue next January elevated the festival-sized mood from wild to spine tingling.

“There’s never been a closing party on the island like this one before,” the Mambo Brothers explain after their early evening performance on the Sunset Terrace. “What you’re seeing is a major venue actually closing; not just for the winter, but forever. In years to come, we’re going to be telling people about this amazing club called Space and what it meant to people. And here we are on the last day, living it. It’s totally crazy.”

Indeed, Space Closing 2016 was the sort of historic event that a video camera just can’t capture. Walking into the venue at 9pm we saw people crying, ravers hugging. It all sounds a bit cheesy if you weren’t there, but those in attendance were palpably affected by the magnitude of the situation, which felt as special as it did sad.

“I started playing at Space in 1999,” says long-term resident Jason Bye prior to his back-to-back DJ set with Andy Baxter. “I’ve played more or less every single Sunday since then, including 15 or 16 closing parties, but tonight feels completely different.”

Like most of the 100 or so DJs on the roster, Jason sprinkled his house set with classic tunes, including ‘Tub’ by Grant Phabao, a real crowd pleaser back in 1999. Outside on the Flight Stage, Darius Syrossian dropped ‘Café del Mar’ by Energy 52, while acid-kingpin Josh Wink opted to play a reworked anthology of his own back catalogue, including his anthemic ‘Higher State Of Consciousness’. All of which added a supplementary dose of surrealism to an already nostalgic event.

“I think there’s such a sense of surrealism here tonight because you’re dealing with 27 years of history,” says legendary Ibiza promoter Danny Whittle. “You have three generations of people from all over the planet partying together and paying homage to one of the best nightclubs in the world. It’s an example of how house music can work. As surreal as it is, it’s probably normal given the situation, because the venue has changed so many people’s lives.”

The future of Space may have dominated the dance music gossip columns this summer, but on Sunday night very little was said about ‘what happens next’. From the DJs to the dancefloor, everyone was simply savouring one last dance, enjoying the legacy that Space owner Pepe Rosello has created.

“Right now we’re sitting in the VIP area and everyone here is from San Antonio,” the Mambo Brothers conclude. “We are hanging with our neighbours, the people from the local supermarket, the guys from the Marina, people who work at the fruit market. It’s such a family thing. These are local people that Pepe is seeing day to day. These are the best tables in the entire venue, overlooking the outdoor stage, but Pepe hasn’t thought about the money, he’s only thought about his friends. Pepe is a classy man and truly a man of this island. He’s done more for the dance scene here than anyone else and created one of the best nightclubs in the world, if not the best. One thing is for sure, there won’t be a feeling like this again in Ibiza for a very long time.”