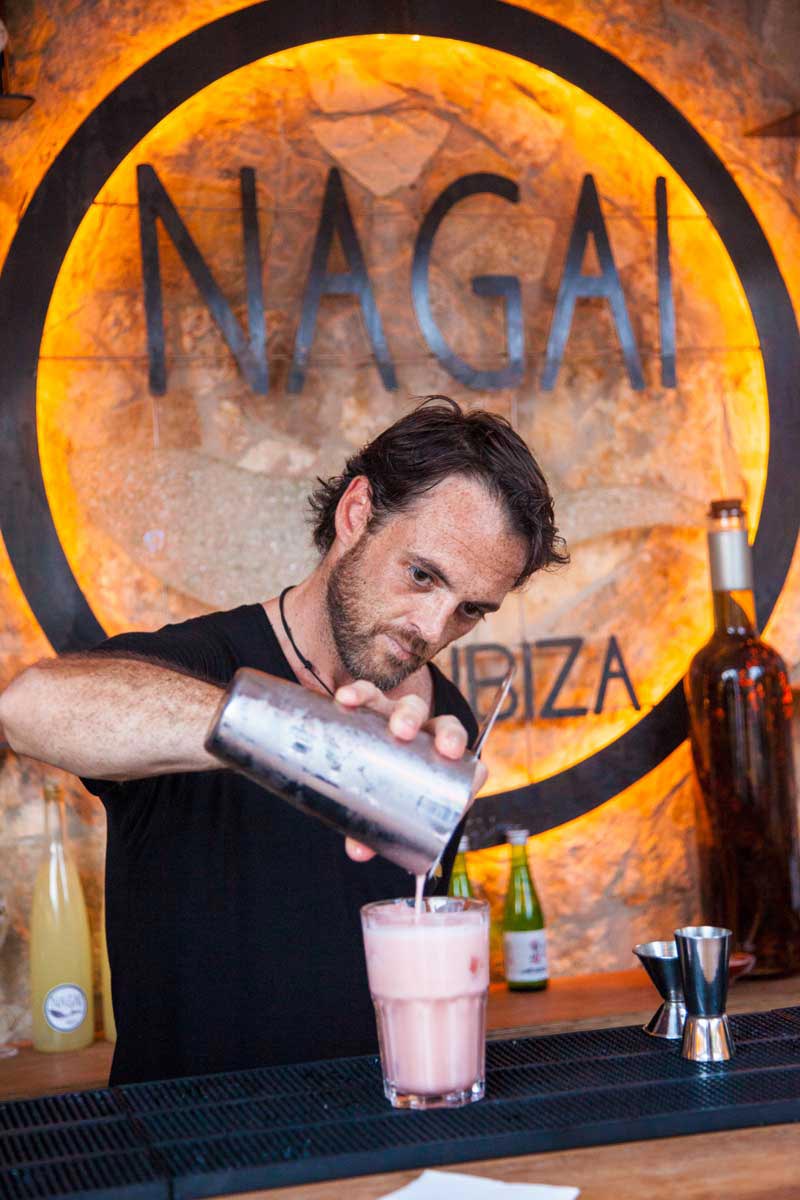 Having opened in 2011, this stylish restaurant is now in its fourth season and, from its location in the heart of the island, well on the way to becoming a firm favourite with residents and holidaymakers alike. The eatery prides itself on its no-frills menu that does exactly what it sets out to do: offer delectable Japanese gastronomy using, wherever possible, fresh local produce. On the menu there’s original Japanese style sushi and sashimi (cream cheese devotees will search the menu in vain) that makes use of specially imported organic Japanese rice. Other classics from the Orient include tempura, Tamaki, and Thai standards such as Tom Yam soup. There’s ceviche using the lemongrass from the restaurant’s own kitchen garden and several delicious tartar dishes of tuna, salmon and beef. Vegetarians and vegans will also find dishes to suit them.

With their cook coming from a family of Japanese fishermen and restaurateurs going back generations, you can rest assured you will find some of the best fish on the island at this locale. There are lots of classic Mediterranean fish on the menu including striped bass and the dish we sampled, turbot in a delicious sesame, honey and mustard sauce. Other delicacies include a range of exciting fusion tapas such as the dragon roll, the ideal companion whilst sipping one of the cocktails for which the restaurant is famed. The cocktails themselves run the gamut from classics to the cocktail maker’s own inventions, many of which are based on the numerous kinds of sake available. In fact, the cocktails are designed to go with the food and can be tailored according to your dish. Something of a “bar alchemist”, their mixer even takes the trouble to produce his very own syrup from herbs and fruits, giving the drinks an added zest.

Nagai’s owners and team are a close-knit bunch of dedicated professionals who are able to attend to its highly cosmopolitan clientele in a variety of languages. The family feeling you sense when dining there is one of the great attractions. The cuisine’s Italian touch really comes into its own with the desserts: millefeuille with apple, honey and cinnamon, plenty of scrumptious chocolate and who would have thought it – a fig tiramisu! In the words of the owner “we are looking for a balance between the quality and style of traditional Japan, the appreciation of fine things for which Italy is famous and the kind of lifestyle free of taboos and conditioning that Ibiza stands for.” It’s the ideal place to dine or just enjoy a cocktail or two as the prelude to a night out. The music is subtle and well-chosen, there’s some nice artwork reflecting both Asian and Western influences and some unusual accessories in the venue’s little fashion boutique.