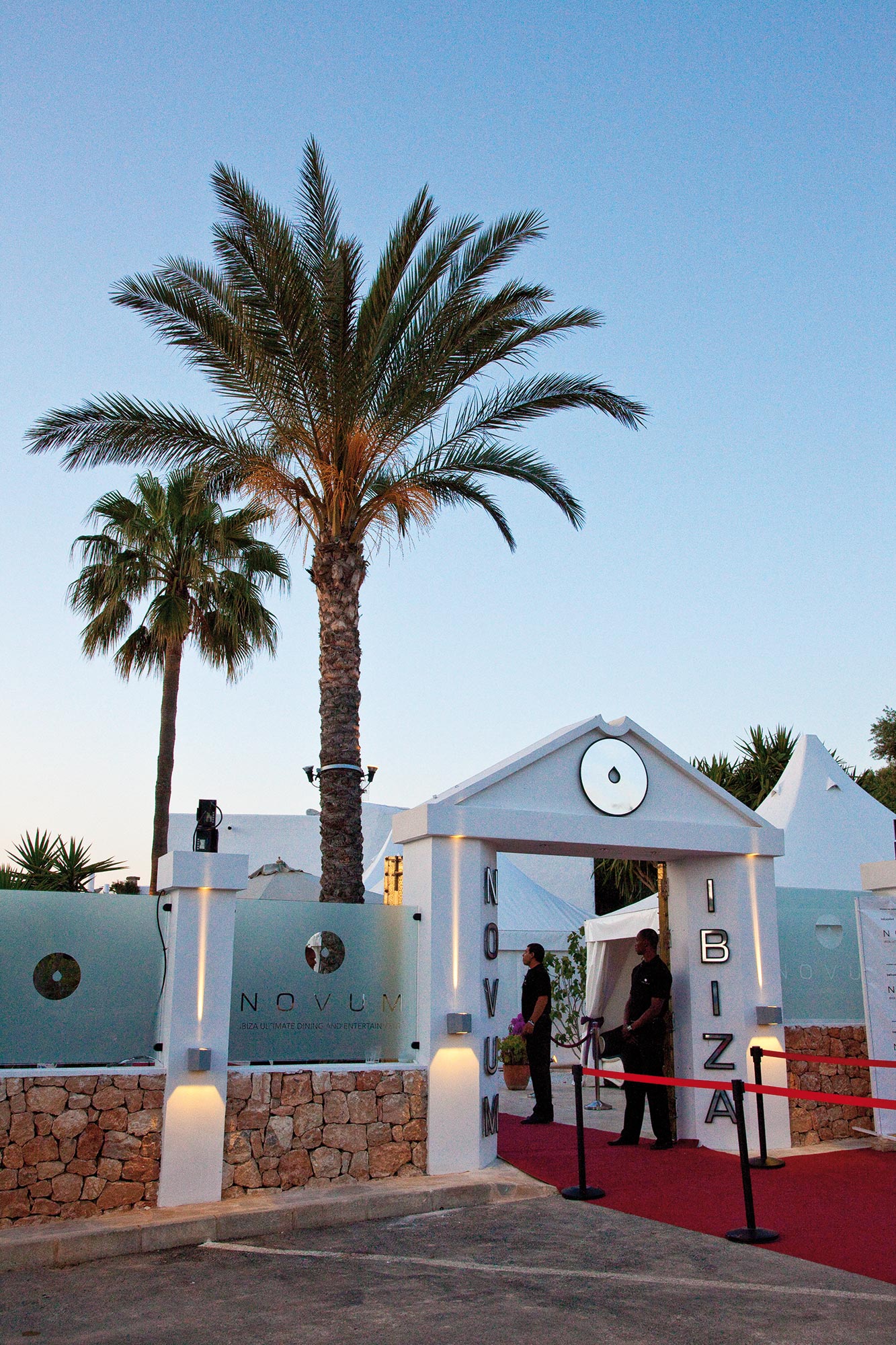 A real novelty opening May 21st and 22nd

Ibiza ultimate dining and entertainment’ – this is the motto which, from 21st May, will greet guests to Novum, the restaurant on the road to Santa Gertrudis. Restaurateur Rolf Finkbeiner, who ran El Pato for 15 years and former Privilege Manager Manuel Lopéz have come up with a unique concept – a combination of haute cuisine and a sophisticated lounge area. The former El Pato will be transformed into a high-class restaurant with an up-market interior.

It will offer guests Mediterranean cuisine with French and Italian influences. So, alongside tarte flambée with caviar, carrilleras (veal cheeks) on a Barolo sauce and baked eggs with caviar, the menu will also feature such delicacies as homemade burgers made from Kobe beef and crab tartare. “Our kitchen crew is made up entirely of professionals who have previously worked in well-known European restaurants,” stresses Rolf.

Steven Sinnwell is one of them. He was previously employed at the three-star restaurant Gästehaus Erfort in Saarbrücken and at Gästehaus Weißmüller, and has been part of the El Pato crew since 2007. He and Alexander Treiber, the former sous chef of the Schwarzwaldstube in Hotel Traube, run by Harald Wohlfahrt, make a real top team which according to Rolf is not to be found at this level anywhere else on the island. Before this, Treiber was chef at the Ocean Drive Hotel and executive chef at the five-star hotel Villa Cortes in Tenerife. He has also wowed guests with his creations at the Kempinski Resort Hotel in Estepona (Costa del Sol).

Wine lovers are spoilt for choice. As well as its excellent normal wines, Novum offers its guests fine wines such as the Spanish reds L’Ermita and Les Terrasses from the talented Alvaro Palacio in Priorat, or the La Nieta from the traditional Rioja winemaking Eguren family. Other gems are the Italian reds, Tignanello and Sassicaia, and their French counterparts Château Margaux and Château Petrus. Lovers of fine white wines can choose from a Penédes from the cellar of Belondrade y Lurton, a Chablis (Villon Joseph Dounin), Château d´Yquem or a Chassagne Montrachet (1er Cru Marquis de Laguiche), amongst others.

In the Ibiza Dekadent boutique next to the restaurant guests will find fashion by Kurru Kurru, designer hats, original jewellery and sun glasses. Between the VIP and the public entrances, adjacent to the car park, stretches the lounge garden, lined with palm trees and with VIP tents and two cocktail bars. Each tent can seat eight and has a minibar, a plasma television and a sound system. A several-course gourmet menu is included in the booking price. “We are planning to stage special events such as fashion shows in the garden lounge,” Manuel emphasises.

Events manager Ulises Braun, who for six years was co-owner of the Rock bar in Eivissa harbour and is now aiming to attract night owls to the Reunion Bar in the lounge area, describes himself as the ‘Swiss Ambassador’. And there is yet another highlight. Ulises is the first person in the whole of Spain to stock Grand Khaan, the Mongolian premium vodka.

Anyone feeling peckish late at night can enjoy Asian or Italian wok dishes and the fabulous sushi specialities in the Wok restaurant. Here, cooks prepare these tasty dishes right in front of the eyes of hungry nocturnal revellers, until 2.30 in the morning.