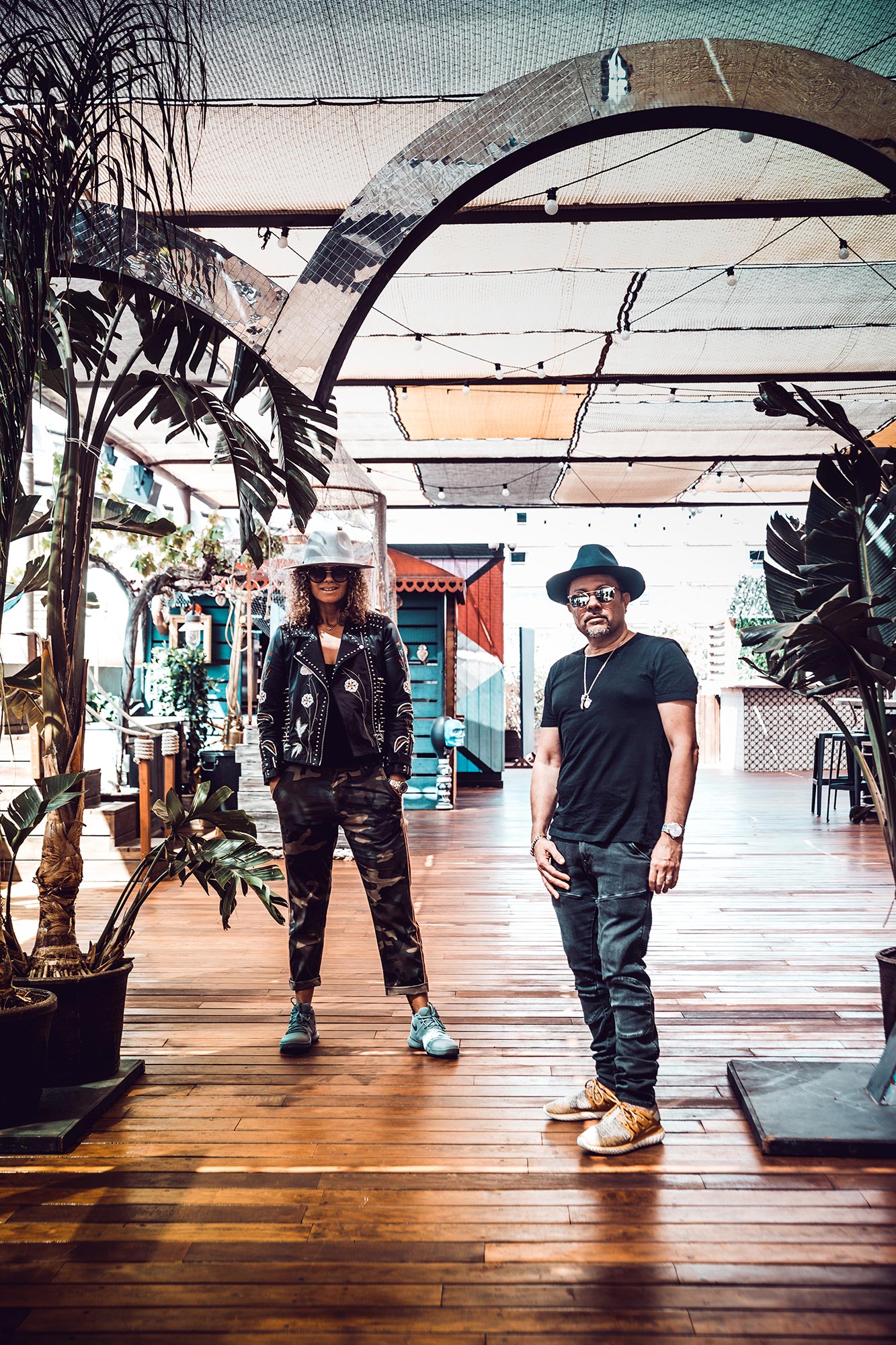 Meeting dance music legends Anané and Louie Vega for the first time, the first thing you appreciate is just how passionate they are about music, about life. They are inspiring. You can feel a certain energy buzzing around them. “Whatever you feel inside, you transmit that feeling outwardly,” says Anané. “Obviously there’s a love between us – we’re married and we’ve been together for many years. That love is evident when we play back-to-back sets together. For us, those experiences really are something special.”

It didn’t take the Vegas’ long to decide upon the concept for their new six-week party residency at Heart. “Visually and musically, we’re going to delve into New York City club culture,” explains Louie. “We’re going to refer back to my experiences growing up in a city which has always been a melting pot of sounds. From being a 12-year-old kid in the late 70s, to the disco scene, being there at the birth of hip-hop, the punk rock scene. I was there. We really want our guests to experience that. Anané has researched a huge number of old images to really help us tap into these different time periods. Then the incredible video mapping system at Heart will allow us to tell the story while we’re playing.”

“Those eras of New York City,” Anané adds. “The afterparties, the raves, the underground clubs, the big clubs, the commercial clubs. Hip-hop, reggae, dancehall, dance, house music, salsa. How do you take your audience on a journey like that? It’s all about your selection of music, of course, and I think Louie and I both compliment each other in that way. From our backgrounds in Puerto Rico salsa, to our Cape Verdean afro roots, combined with everything we’ve experienced in New York City, you’re going to hear lots of different genres, lots of styles. The Ritual is truly going to be a journey, a voyage that transcends throughout the night from beginning to end.”

“The entire experience is going to be something really special,” Louie promises. “Heart is completely different to the traditional Ibiza dance venues like Pacha and Amnesia. It’s not just a club. When you come here, you can book a dinner here with your friends if you like. Then, while you’re eating, you get to experience a little bit of the flavour of Cirque du Soleil. The production is flawless and the food is amazing. Then, just after midnight, that’s when we come in.”

Fittingly, 2017 marks the 10th anniversary of the Vegas’ first collaboration with Cirque du Soleil, the entertainments company known around the world for their theatrical flair. “We performed at the opening show of the 2007 Super Bowl,” Anané continues. “I sang the song Louie composed with Elements Of Life, called ‘One Dream’. 10 years later and we’ve gone full circle. To have our own party at Heart and to be able to collaborate again with such an incredible team is really exciting.”