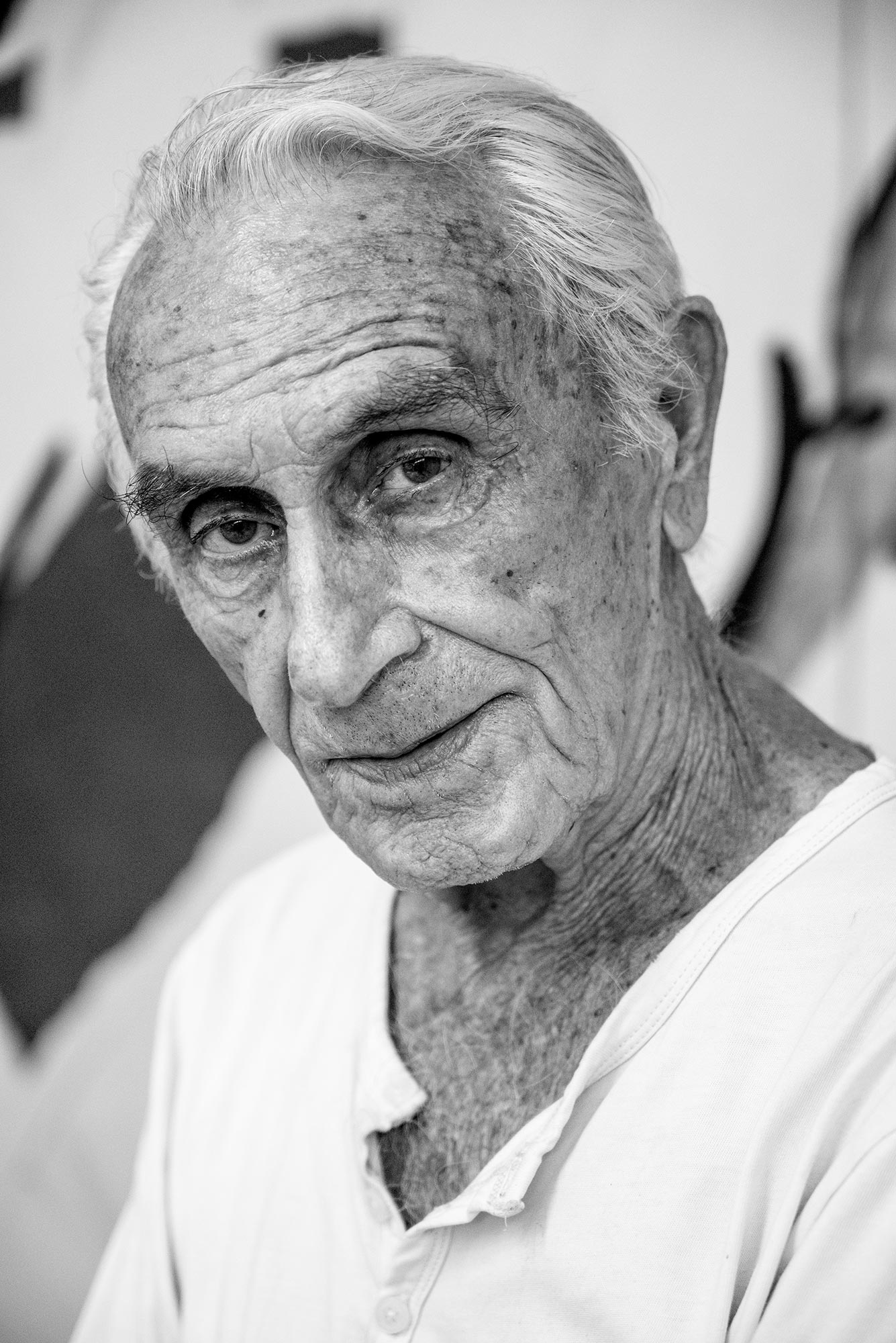 A few kilos lighter, but with shining eyes, Antonio Villanueva states categorically: “Covid has changed my life, it has turned me into a different person, with much more energy and with the desire to do more things”. The renowned painter from Toledo has recently come out of the ICU, and he thought that he would not be able to tell the story he is about to tell, something that is truly ironic – since a few months ago several galleries from all over the world contacted his daughters asking for his work, thinking that he had died. Now, with the urgency bequeathed to him by this illness from which he is now almost recovered, he is more than ready to embark on one of his most ambitious and cherished projects, one he has been thinking about for years: “I think the time has come”.

Antonio wants to create an artistic foundation for the Ibizan people and to give a space to those many artists on the island who are “working hard to do things”, but who don’t have enough support from the institutions. “I’ve said many times that Ibiza was close to paradise, and we went down the wrong road. He recalls when he arrived in Ibiza in 1968 and from the well-remembered Sandy Bar in Santa Eulalia he made friends with painters like Dmitrienko, Ian Galbraith, Erwin Bechtold, Eduardo Úrculo, Manolo Mompó, Eduard Micus, Graham Coughtry, Hans Laabs, Monreal, Zush, Mumford? These were years of cultural effervescence on the island, with travellers arriving from all over the world, including some of the great artists and intellectuals of the time, and streets and squares buzzing with vitality and colour, as Villanueva faithfully reflected in his works from those years.

Antonio works with a gallery in Saint Paul de Vence, in the south of France, where the Maeght Foundation is located, a unique space that has works by all the great artists and is visited by all travellers who come to the Côte d’Azur. This is the inspiration for the artistic foundation that he wants to create in Ibiza and with which he intends to give back to the island that feeling of creativity that it had in its golden years, before the closure of so many galleries.

For the creation of the foundation, Villanueva has thousands of works of art, his own and those of artists of the stature of Picasso, Braque and Cocteau, “of all the artists who have passed through here or whom I have met around the world”, works that he would like to give to the Ibizan people so that they can contemplate them in a space that, in addition to being an exhibition space, would also be a place for work and artistic learning.

He is currently looking for a site large enough to house this large number of works and a large library, with gardens in which to install sculptures, and he has already held conversations with various cultural representatives of the Consell de Ibiza and the Santa Eulalia Town Hall. In the absence of finding the ideal space, “the quarry in Santa Eulalia, for example, would be perfect”, the project is already in the hands of the lawyers, with the statutes drawn up and all the paperwork ready: “It’s imminent”.

In addition to this great dream, which would be a great gift for the island, Villanueva is very excited about his project to paint Don Quixote, something that presents him with a challenge: “It is very difficult because in art there is only copy or revolution and practically all the painters in the world have painted Don Quixote; and at this point in my life if I don’t do something that I like very much and that is very good, it’s no use at all”. The plan is to paint around 20 works and produce a box of engravings with selected texts, as he did with his “Tao Te King. Dialogue” and present them in December this year in Vienna.

He has also recently delivered 125 numbered illuminated prints of his work “Todo va bien” to decorate all the rooms of the Can Misses hospital in Ibiza and to transmit to the patients some optimism, colour and positivity that will make their stay more bearable. “The exquisite treatment they gave me, their professionalism, generosity and affection made me see the superiority of public health care, they saved my life! After this ordeal, it is clear that Antonio has returned with more energy and creativity than ever.