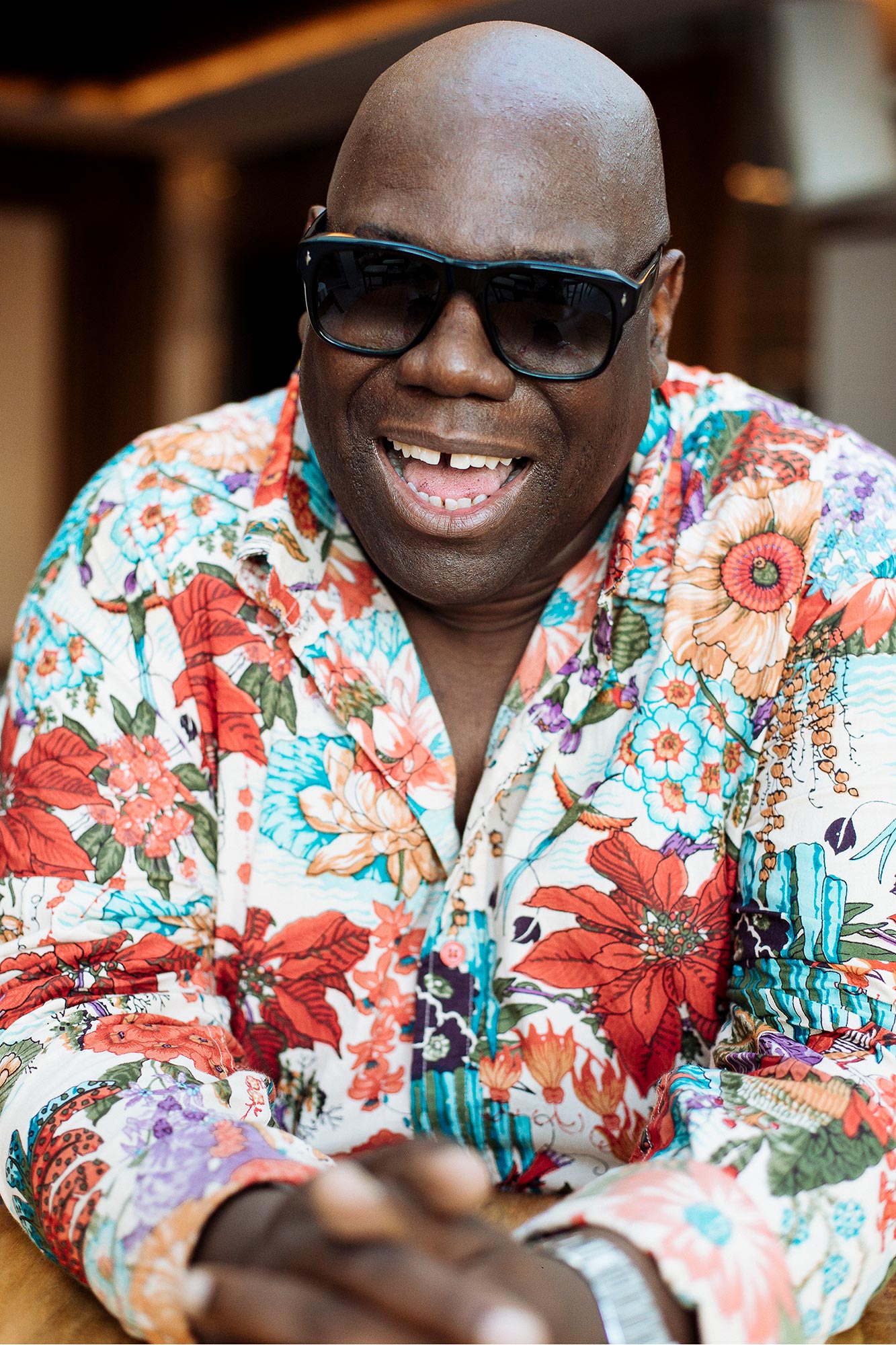 “Everything changes – Carl Cox remains the same”, I once read in the toilet of a Berlin underground club. Never again did I find toilet door philosophy more relevant, compelling, accurate and timeless. I met the techno pioneer, who just turned 60, in mid-July 2022 at Nobu Hotel Talamanca / Ibiza, where he played a rooftop set for a hundred invited guests for the luxury brand, Zenith Watches. Shortly before, my phone had crashed onto the polished marble floor and looked like it had been run over by a freight train. Fortunately, it still recorded the stimulating conversation that follows, about clubbing platitudes, society, Cox’s new record, his sense of responsibility to self and others as well as the Sex Pistols and James Brown.

From the beginning he admits the title “King Of Techno” recently awarded by the music scene bible DJ Mag, makes him uncomfortable. “I am simply – Sascha. Being referred to as a king implies aloofness and brings with it a lot of responsibility that I can never – and will never – live up to. For the last forty years, the only responsibility I’ve felt obligated to fulfil has always been to make sure my people have the best time of their lives on the dance floor through the music I select and believe in. Besides, kings subjugate their subjects. I want nothing to do with that. My people want to enjoy music and share their love for it. That’s exactly what I want. I go out without a set plan to share music that I’ve discovered, that I’m excited about. If I didn’t do that and just listened to it myself, I’d be a very selfish guy, right?”

If you’re going to crown him, awarding him the title “King Of Realness” would be more appropriate. He is an empathetic guy showered with superlatives and hyped as a superstar yet he is totally relatable and interacts like everyone like their ‘Best Friend Forever’. He was the first DJ to play three turntables at the same time. Not because he wanted to show off, but because he found it fascinating to make a new track by mixing three different records and create that bass-beating reality that had only previously existed in his head. “I don’t want any status for it, I just want us all to have a good time”, says the guy who never played or released commercial music (except on rare special occasions like playing New Order’s classic “Blue Monday”  at the end of his last set at the closing night of the legendary Space Club, in October 2016).

“It’s a shame Space had to close. It was my living room here in Ibiza for years. And the closest thing to it now is DC10, where I have my residency. In the end, no matter where, it’s about doing the right thing and not letting yourself having to compromise.  I’m like Marmite, 50% think my music is great, the others think it sucks – and I don’t care (laughs out loud).”

“Take ‘Punk’ – it’s not just a style, it’s an attitude. It’s about the pure class and maturity of the music. The Sex Pistols may have only put out one album – but what an album! They defined the attitude of an entire generation.  Punk is not just a genre, it is a way of life. The Pistols influenced me, this flair for genuine rawness is always in me, whether it’s breakbeat, drum and bass, or whatever – I always found the hardcore side of music interesting. The opinion that music is only good if it’s played on the radio is bullshit. I do the opposite. Play music you don’t hear on the radio. Then if you do hear it on the radio, I don’t play it anymore.” (laughs) 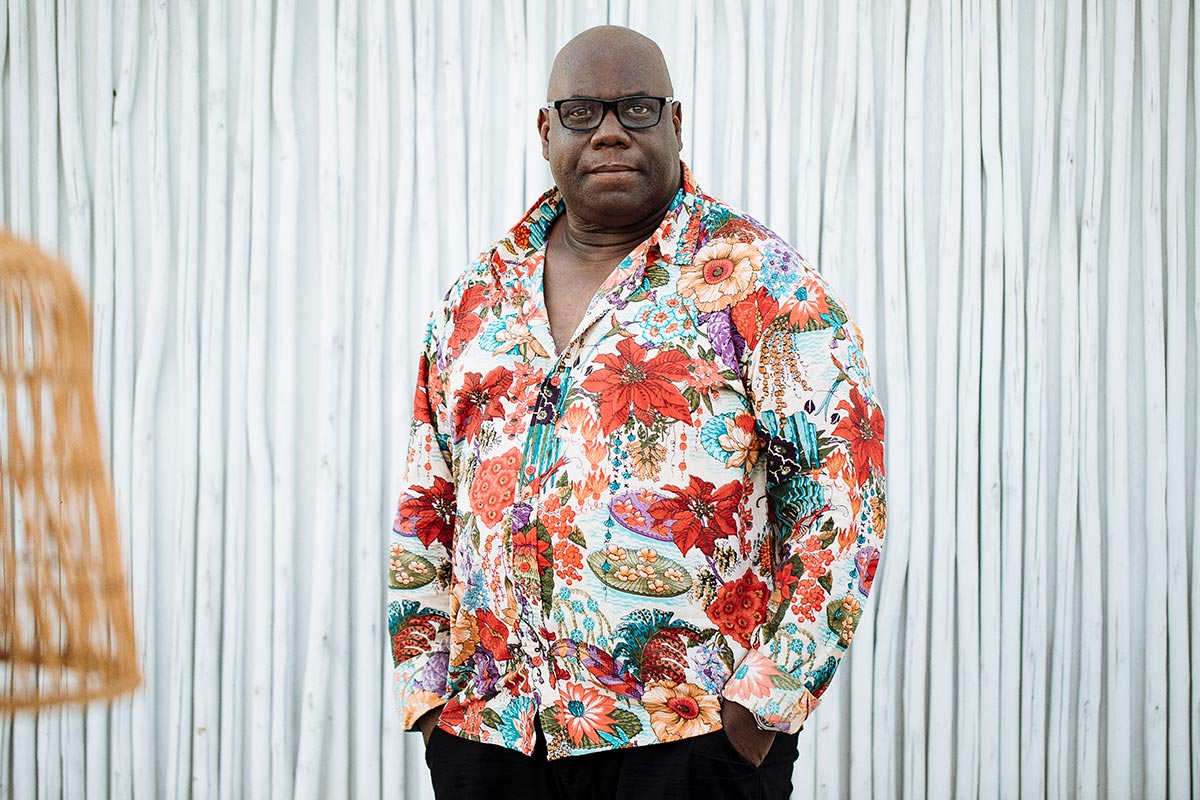 This is such a refreshing and interesting commentary in times where DJs focus more on their styling and clap choreography instead of music itself. “I’m too busy in my tunnel with the next track I wanna play. I really don’t have time for that. To deal with the question of what a DJ should do or look like. Come on! I never follow any trends, neither musically nor fashionably. I come from a time when being a techno DJ was considered dirty work – and now everyone wants to be one.”

Yet Carl Cox started out as a funk/soul DJ. This influence is unmistakably present on his new record “Electronic Generations”, due to be released by BMG worldwide on September 16, 2022. His hard, metallic, driving, multi-layered beats are still based on Old Skool Electro and P-Funk, but also a lot of Herbie Hancock. “That’s the funk in me, thank you!” says Carl. “I was born in the 60’s, grew up in the 70’s. I always wanted to hear the essence of energy in the music. That’s the thing that makes it tick. With soul, it was always that “edgy” side. Take James Brown, with his tight funk. He was a punk! The whole band had to be ready for that exact beat and not a millisecond too late so as not to mess up that sharp, unique funk groove. It was imperative as this is what defined Brown’s unique sound, its special power and incomparable groove. If you were late, you were out of the band.”

Carl applies the same consistency to his transitions. “That drive for perfection is important to me – no snare or bass can be out of line. Nothing can slip a millimetre or the whole build-up experience is irretrievably disrupted. The flawless driving groove and the class of the records – I owe that to my audience. THIS responsibility I take very seriously.”

Lina from Cox’s PR team, looks questioningly at me because we’ve been talking longer than agreed. Already late for their next appointment we call it a day and I express my appreciation for being given the chance to discuss music in such depth. As we say our fond farewells Lina looks at my phone skeptically and says, “That looks a bit broken.”  I reply, “But it still works!” and Carl guffaws loudly at me, “Thaaaat’s punk, mate!”

Happy 60th, Dr. Punkenstein – and thank you very much for the conversation. 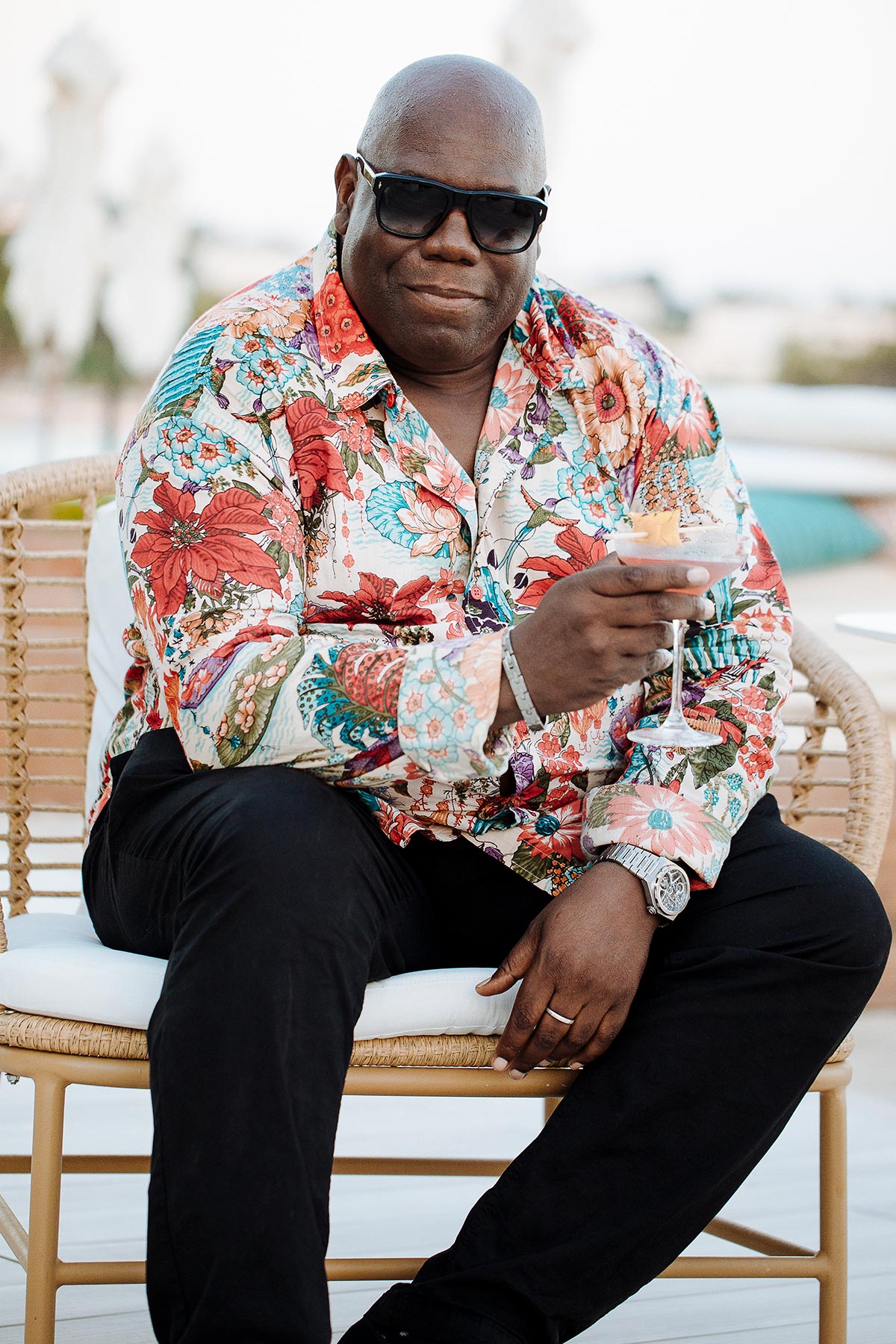