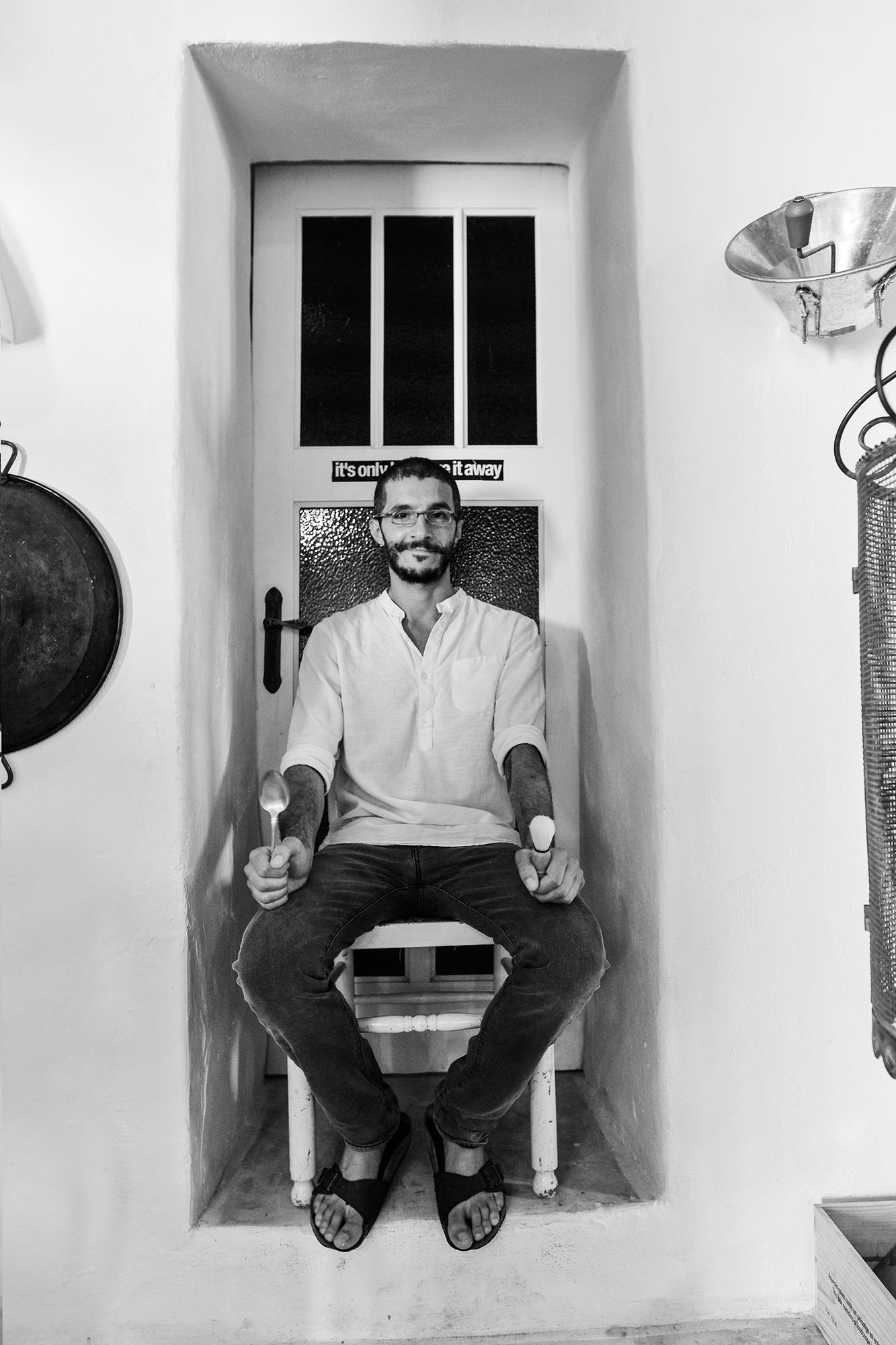 Walter El Nagar, a native of Milan, is a culinary nomad and a devotee of politics. He went to Mexico to fall in love and ended up in Los Angeles, where he didn’t become an actor. His latest concept, the Pop Up, is a success throughout Europe. Italy around the world beyond pasta and pizza.

When did you decide to go to Los Angeles in order to not become an actor?
In 2008. I never believed in the American dream; quite the opposite. However, after a year when it was very cold and it snowed a lot, I got a job offer in Beverly Hills that sounded really appealing. I didn’t like it and after three months I left for Mexico, to a magical town called San Miguel de Allende. That’s where I stayed for quite a time and also where I left my heart. Following that I went back to the USA and I have been living in Venice Beach for the last five years. The only time anyone offered me the chance to be an actor was in a monkey-chef series. I turned it down.

How much acting is going into your cooking lately?
On one hand, too much while not enough on the other. Let me explain: all the television, magazines and advertising form part of a system of production that uses celebrity chefs to sell a false idea of what the catering business really is. Unfortunately, in the majority of cases, it’s about exploiting individuals, products, entire regions and, ultimately, the customers.

Is what we eat getting better and better or just stranger?
In general, the food is better in the restaurants where it’s more unusual because, more and more, we create our menus based on economic terms, brands and marketing. It’s almost as if what we’re doing is no longer cooking. What I do love about today’s cuisine is the mixture of cultures and one section of the public’s ability to know how to interpret it.

Which chefs have inspired you and why?
I’m self-taught. I have never had a mentor and I have never worked for any of the big names in cooking. I do, however, know how to read. Herve This is an inquiring mind, and a great author. He is a hero of contemporary cooking; the anti-demagogue, above all others. Davide Scabin is irreverent: it’s the only word you need to describe such a peculiarly Italian personality. And Ferran Adria. The lesson that I learned is that there’s no limit to your creative process.

As a native of Milan, what has Silvio Berlusconi contributed to gastronomy?
An entire generation of chefs wandering around the world. His last spell as Prime Minister was the most destructive one of all for Italian society what with his legislation against labour rights and pensions as well as other atrocities. The response among many young people was simply to reject that kind of society and to go abroad. I did the same thing.

Is it possible to be happy without pasta and pizza?
Life is better without stereotypes, don’t you think? The truth is that when somebody sets out to discover the world they have to be prepared to sample the tastiest street food dishes in whichever country they find themselves. Obviously, I learnt it by experience: I wasted so much time searching for good pasta and pizzas in Maine but I felt like a fool when I discovered lobster roll, for example. Or Khachapuri in Russia, and many other delicacies.

After trying their Mediterranean cuisine in the USA, do they know how to find us on the map by now?
It depends. Many of them are intelligent and they are very well-educated. They travel a lot and have no problem recognising flavours and matching them with cultures and countries that they already visited. At other times, unbelievably, what is in fashion in Los Angeles as Italian food are meatballs, pizza with tons of cheese and chicken parmigiana: something that no one’s heard of in Italy.

Are you happier when you eat with Gin Mare?
What I like most is a good negroni, and best of all if it’s with Gin Mare. It’s a company that is very young, serious, exploratory, down-to-earth and innovative. They gave us a lot of support in Barcelona and here in Ibiza. Let’s see if we can keep going in Milan too. And more.

How did Pop Up come about?
It was born from the needs of a chef to express what they think about their profession, with no limitations. Obviously, it’s very difficult. It is not all as natural as it might seem. It takes a lot of hard work. The logistics are a lot of fun but you rent a closed restaurant and set up an unsuspected concept for a limited time. It is a very dynamic atmosphere.

What is a culinary nomad? How are things going on your European tour?
It is someone who wants to discover the way to develop their culinary and cultural ability by looking at a very, very broad horizon. The European tour is going very well: we went to Barcelona where we were the guests of Jorge Vidal’s Fooditeca. We went to Russia and cooked in the middle of a forest without electricity. And now we find ourselves in Ibiza. Very soon we will continue in Milan, my home city. After that, who knows? Very probably in Asia.

Describe a dish that can be prepared in the time it takes to read this interview
Spaghetti with garlic and oil!