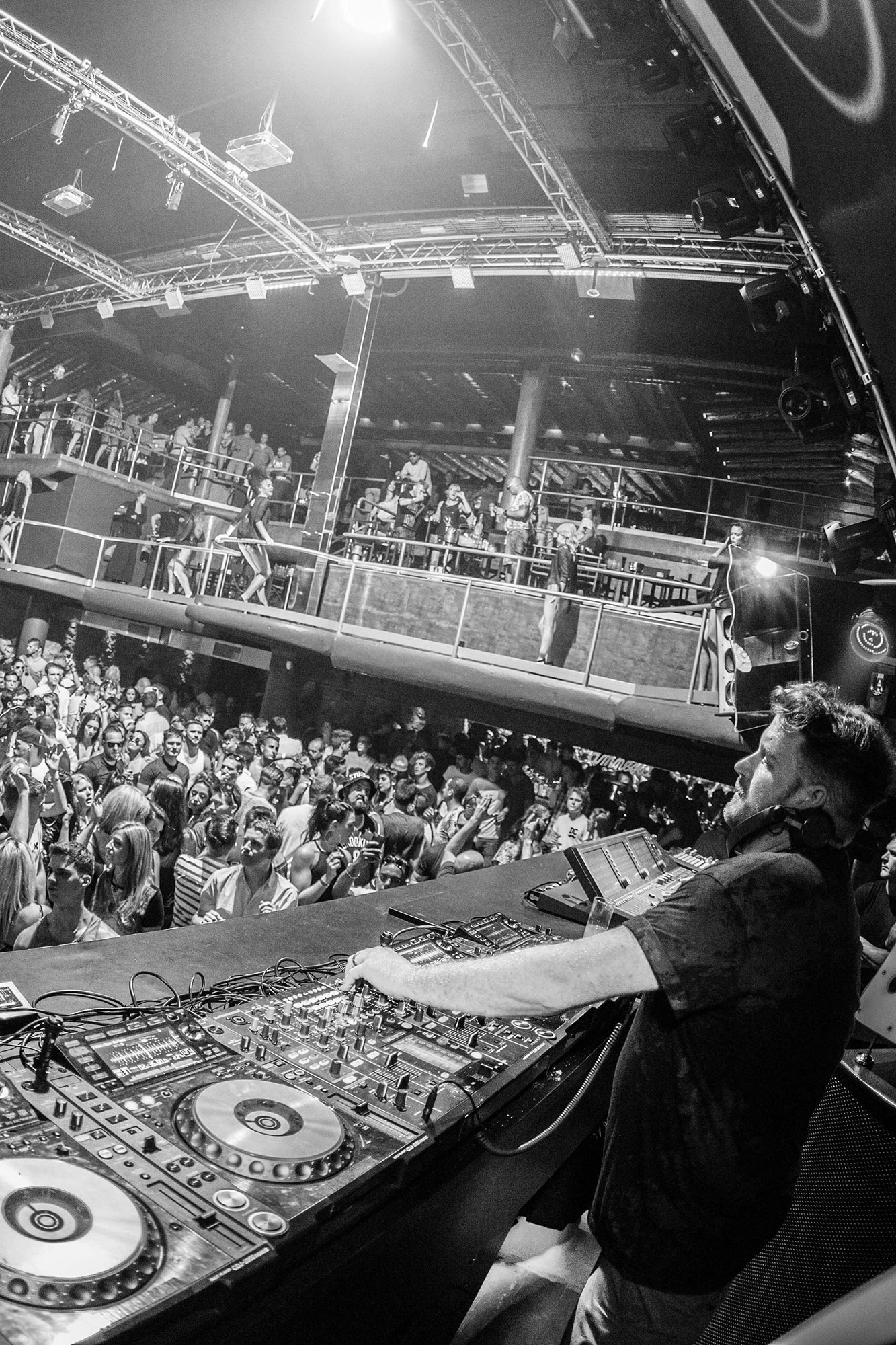 After years of flying in and out of Ibiza and not really be able to catch my breath, it is so nice to be able to wake up in the morning and turn to my wife and say, ‘what do you fancy doing today? Shall we go for some lunch at El Chiringuito or shall we spend the day on Aguas Blancas?’ Moving here was the best thing I’ve ever done.”

There has never been a UK DJ to explode from absolute obscurity into complete world superstardom like Dan Pearce aka Eats Everything. Stuck in a dead-end recruitment job with his DJ and Producing career going nowhere fast, he and his wife Leah agreed to give the music side of things one more year before pushing it to one side and leave it as a hobby…and then with only thirty days left of his trial period remaining, something remarkable happened. The label Pet Recordings signed one of his records, life suddenly looked a whole lot brighter and someone, somewhere landed themselves a new job in recruitment.

Last month in Ibiza Dan fulfilled one of his lifelong dreams playing in Space’s Discoteca right before his childhood hero Carl Cox. Even though this summer has seen him open Amnesia, smash Paradise at DC10 and create chaos at Cocoon, this was the one he had been waiting for. “I have played at his night many times before, stayed at his house, got to know him well but I have been itching to play that slot for a long time. And I have to say, that night ranks as one of my ten best gigs ever.”

One of the biggest records this summer is all down to this young man in the form of Eats Everything feat. Tiga vs Audion ‘Dancing (Again!), a track where Dan took a vocal from one producer, an instrumental from another and created something huge. “I knew I was onto something special when I got a call from someone at a party in America who was shouting down the phone ‘Dan, Dan! Disclosure and Armand Van Helden are playing back to back here in front of 80,000 people and they just dropped your tune. The crowd have gone fucking mental’. Heh heh, that was a great phone call.”

One of the things that nobody really realizes about the life of a superstar DJ is the traveling around, it is the worse part of what is otherwise the best job in the world. And he loves the craziness of it all. “Glastonbury weekend was absolutely mental. I DJ’d with Seth Troxler on Thursday, Friday on some weird little forest stage, then jumped on a plane completely off my nut to play the Awakenings Festival in Amsterdam. Rocked that and sped back to the airport only to find out my plane was cancelled. Finally got to London really late and my mate drove like a maniac to get me back to Glastonbury for my set at NC Downlow, a mad transvestite club at the festival.” It’s no wonder he then went missing for three days!

Dan Pearce is a rare breed indeed. One of the few DJs out there who always has a smile on his face because he knows how close he came to the exit door. But let’s be honest for a moment. Deep down we all know he was never going to walk away from his music. He is just too damned good.