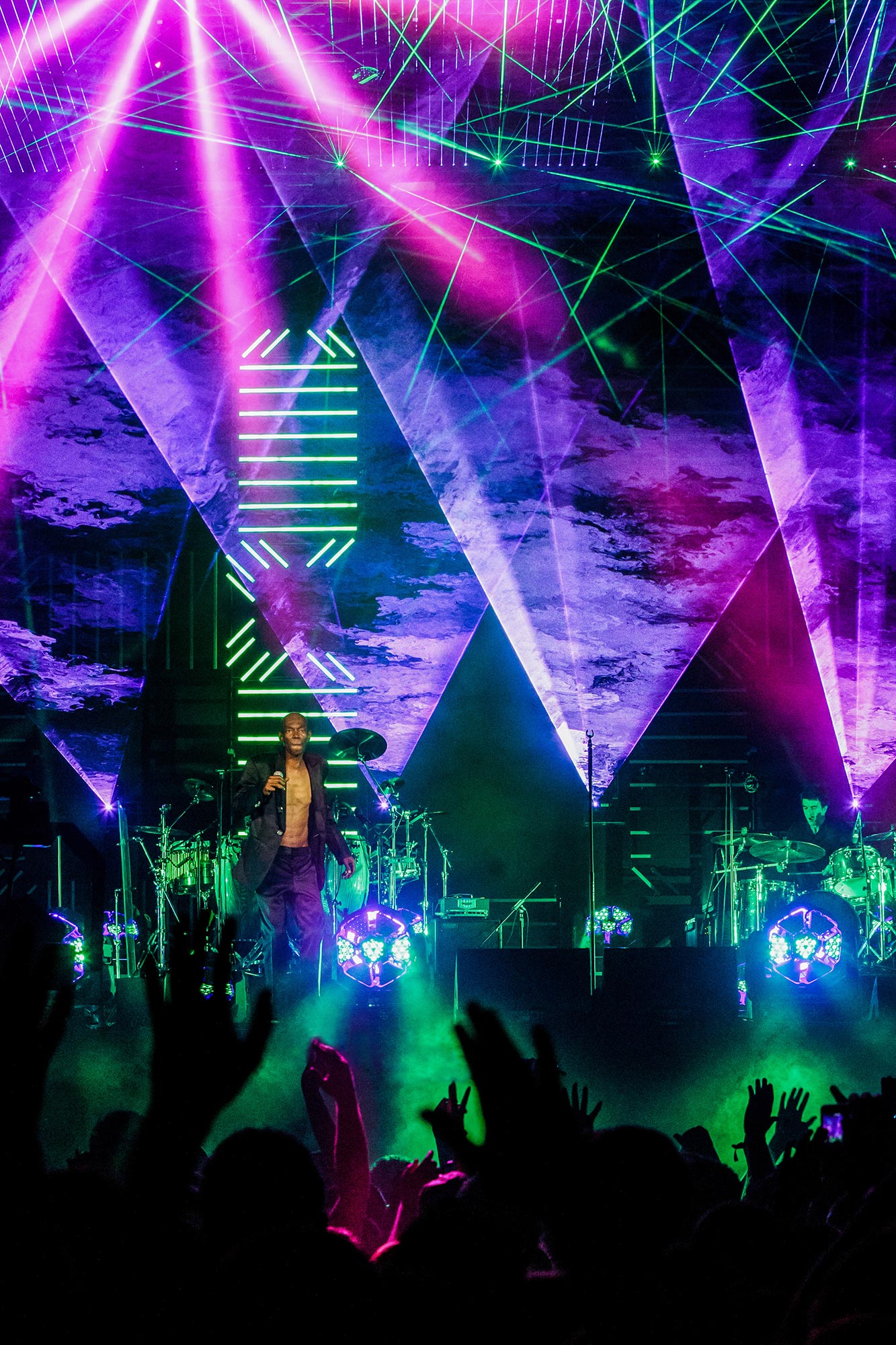 Faithless – The biggest trio in dance music are back in town

It’s funny how music throws unlikely people together. A Buddhist rapper, a superstar DJ, a backroom boy shy of the limelight all coming together to form one of the greatest dance music acts of all time. It doesn’t quite match The Rolling Stones with Mick Jagger enjoying life as a hospital porter and Keith Richards working as a ballboy at his local tennis club, but it’ll do for us.

This month sees the band celebrate 20 years as the forerunners of dance music with a specially curated remix album ‘Faithless 2.0.’ featuring the likes of Avicii, Tiesto, Rudimental, Eric Prydz and Above and Beyond providing their own take on the band’s classic material. But it nearly didn’t happen! “I was lying in the bath one night last year” giggles Sister Bliss “and I suddenly thought fuck, it’s our 20th anniversary next year, we’d better do something. So I drew up a list of artists we have relationships with, people who have influenced us in the past, guys who I have DJ’d with over the years and acts who music we like…and boom, the album was born.”

Alongside Tiesto’s storming rework of ‘God Is A DJ’, the remix that everyone is talking about comes from superstar Avicii and his take on the legendary ‘Insomnia’, a piece of music that has sent shivers down spines worldwide this summer. “A few years ago I was playing in Stockholm at a party promoted by Avicii’s manager Ash Pournouri, he came up to me and said ‘Bliss I have just started managing this unbelievable kid who is amazing in the studio, I would love him to do a remix for you’. But we were in between albums at the time so had nothing for him. Lying in the bath that night however it suddenly struck me, I know someone who wants to work with us! And we just love what he has done to the track, it is a very cool take on a classic which many people have always told us not to let anyone near. But he has updated it in a good way, it’s not crude like most EDM records are and how he has pitched Maxi’s vocals down was so clever. The track now has a whole new younger audience.” Not bad for a record that started life as a b-side for the album ‘Reverence’ I tease. “Ha ha that is so true. We thought ‘Salva Mea’ was really special but you couldn’t really dance to it, so we made ‘Insomnia’ as a balancing track. It was only after playing it in my DJ sets for over a year that I noticed it was getting a reaction.”

The track of course featured on the quite simply breathtaking BBC Proms special live orchestra performance of dance classics at the Royal Albert Hall in July, curated by Pete Tong and arranged by Jules Buckley…an evening that saw a performance of Ibiza gems including Rhythm is Rhythm’s ‘Strings Of Life’ and Stardust’s ‘Music Sounds Better Than You’. “That was one of the best things I have ever seen” admits Bliss, “I have worked with Jules before and thought the energy was fantastic. I spoke to him afterwards and he told me his orchestra were putting so much effort into a big finish for ‘Insomnia’ that by the end all of the string players fingers were bleeding.”

So what about a new album for 2016 is my parting shot, there are so many rumours going around? “Watch this space Dan, watch this space.” And we all know what that means, bring it on…

‘Faithless 2.0’ is out in September