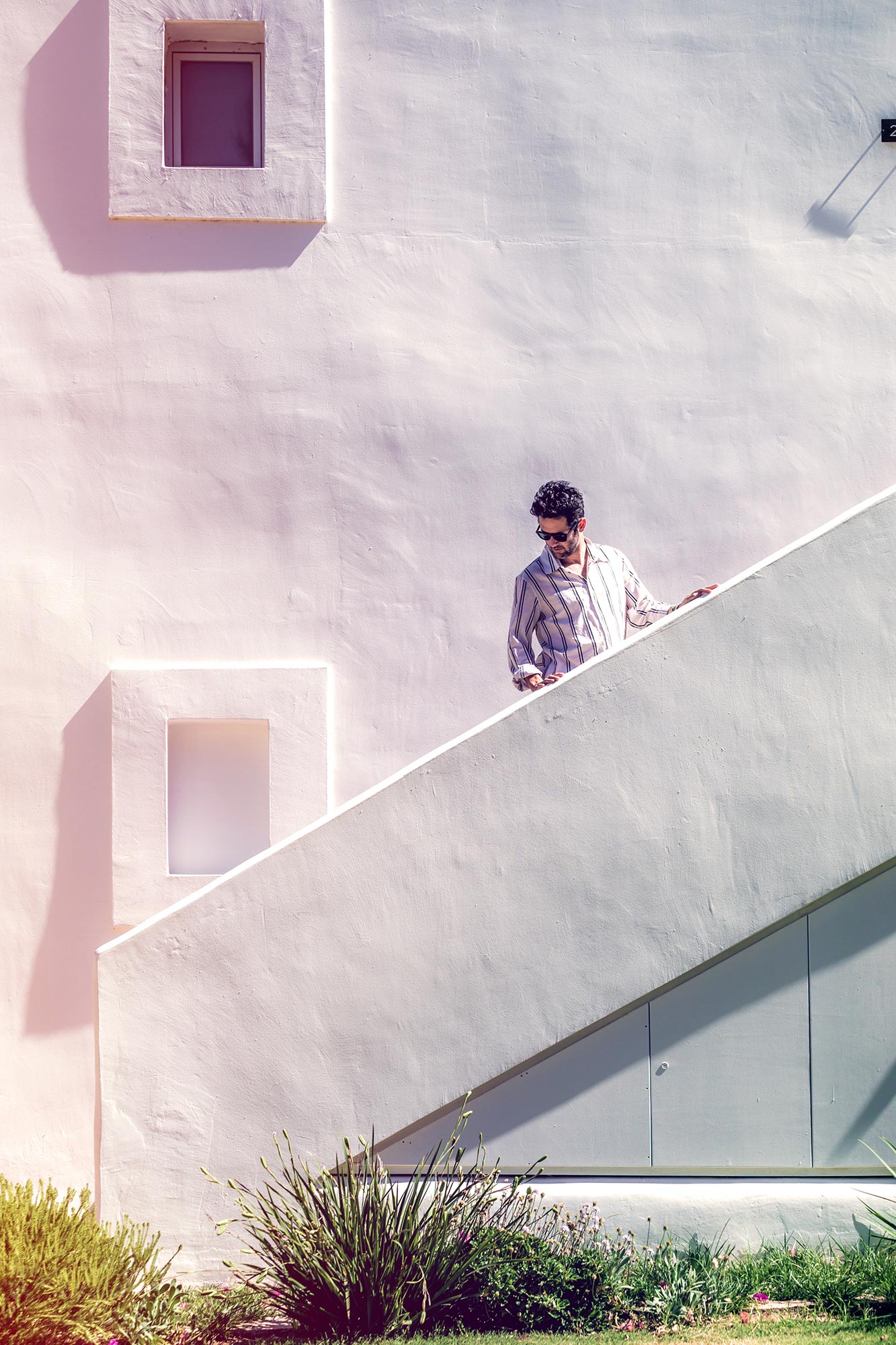 For the past two seasons, Israeli DJ/producer Guy Gerber held his Rumors parties at Beachouse in Playa d’en Bossa. The event was about as about as underground as you can get here in Ibiza. There was no entrance fee and the line-ups were seldom announced until the last moment. Having grown to epic proportions – by word of mouth alone – the party was eventually closed down by the authorities, with 3,000 ravers spilling out onto the beach. Cue this season’s move to Destino, Pacha’s beautiful cliff top resort in Talamanca, where Rumors holds a new weekly residency.

“Musically, it took me a few weeks to get the sound right at Destino,” Guy explains, “to realise the message I wanted to say. But by mid-June I was in perfect sync with my surroundings.”

Born near Tel Aviv, Guy spends his summers in Talamanca, within walking distance of Destino. “I don’t drive, but I like walking,” Guy continues. “From Talamanca, I can walk to Pacha, walk to the spa at the Gran Hotel, walk to the Fish Shack, walk to Destino. Most of my friends live here. The area has a neighbourhood vibe. I could be in a villa in the mountains, but in Talamanca I feel as though I’m actually living in Ibiza with the people, living a normal life, rather than being detached in some ivory tower. I think when you have a residency in Ibiza it’s essential that you actually live here. You want to have the right people at your party. Not just random people that come for a week. You want the locals to come. But it’s hard to impress the locals!”

Thankfully, making an impression is something Guy is rather good at. His DJ sets are as lush as they are accessible, but it’s his innovative techno productions that really set him apart from the majority of his peers. His Fabric 64 album, for instance, verges on genius. “There’s a lot good music out there,” Guy continues, “but I think people are a little bit too safe with their decisions. They are either trying to stay on top or get recognised. People are following trends. But I’m always thinking: ‘If I listened to this again in ten years time would I hate it?’ At the same time, it’s really important for me not to sound like anybody else. When I go into the studio sometimes I’ll be making stuff that could sound good, but if it reminds me of something else I’ll delete it.”

Inspiration comes to artists in many different forms. But where Guy is concerned, being inspired is the easy part. “If something inspires me – some emotional situation – I will be more concentrated on what I’m doing,” he explains. “But after living on this planet for so many years I don’t look for a source of inspiration. Living this sort of lifestyle, there’s enough inspiration around. What really matters is how sensitive you are when listening to the things around you. That’s the most important thing.”