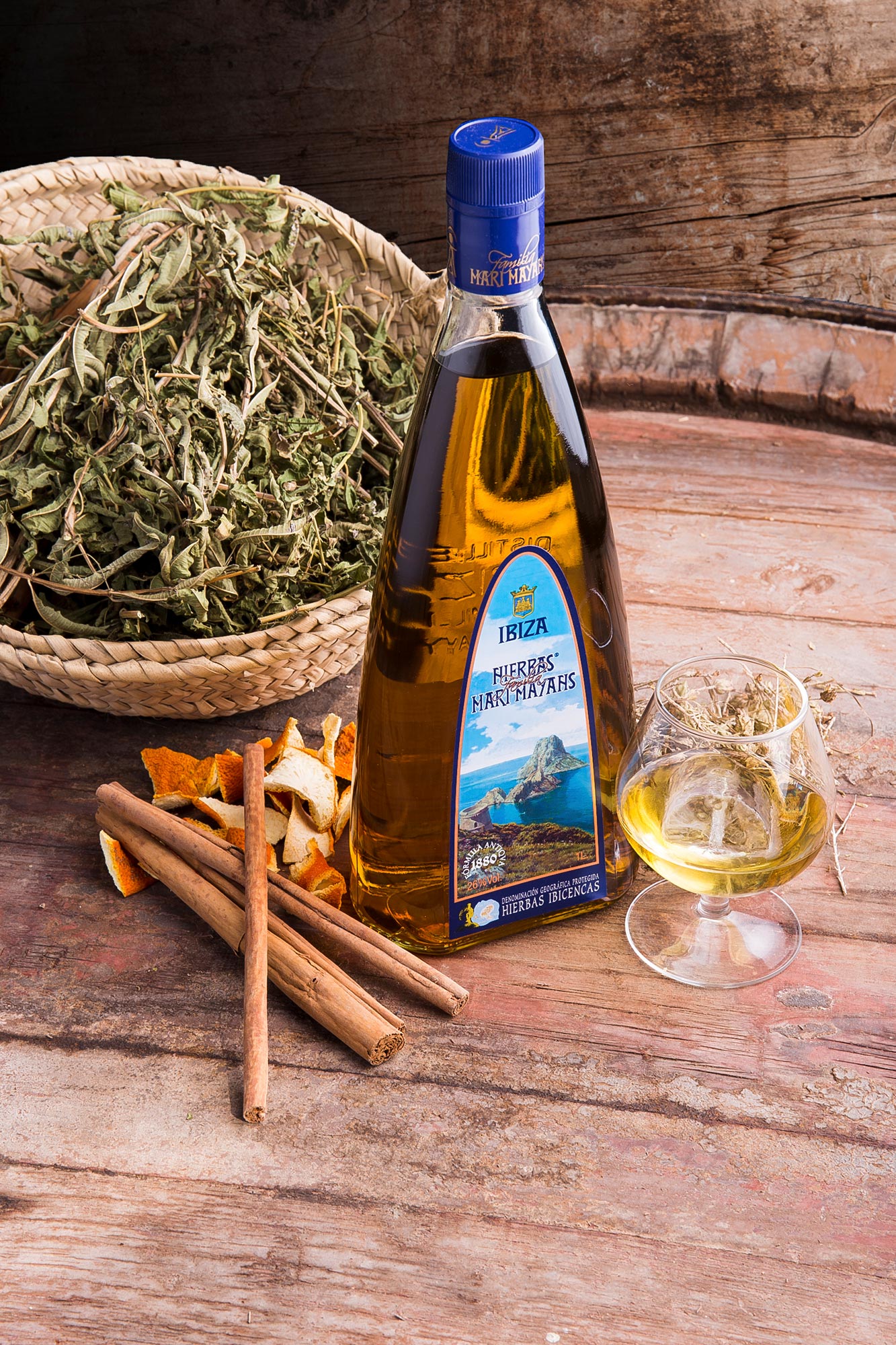 Almost a century and a half after its creation, the Hierbas Familia Marí Mayans brand of liquors has patented its own bottle in the shape of a payesa across its range of products in order to turn it into the company’s insignia and to make it recognisable anywhere in the world. The family’s fifth-generation is renewing the brand’s image, preserving its Ibicencan essence forever in a product that is produced 100% on the white island. What is more, for special events and collectors it is presenting a new bottle in a three-litre magnum format.

The Marí Mayans family collects, distils, ages and bottles its product 100% in Ibiza.

The recipe for its hierbas was created in 1800 by Juan Marí Mayans on the island of Formentera and his products were already advertised as digestive drinks at that time. As one of its managers, Carlos Marí Mayans, says, “Our great-great grandfather knew all about herbs and their properties and his neighbours used to come to him suffering from some ailment and he would prescribe infusions for them”. Based on this knowledge and his experience at a distillery in Barcelona, the first hierbas were born that have now become the indisputable emblem of the island of Ibiza.

As Carlos Marí Mayans explains, “We want ourselves to stand out and to keep surprising our long-standing customers without changing the flavour of our product”. To do so they have designed an exclusive glass bottle that emulates the figure of an Ibicencan payesa to carry the essence of what is genuine about Ibiza all over the world. In addition to the famous hierbas there is also Frígola; the aperitif known as Palo, and a variety of absinthe. Six years ago, IBZ Premium Gin and the vodka, Svedra, were also added.

It is no secret that music moves mountains, and the Marí Mayans family is not the first brand of liquors that has benefited from it. Because the fact is this liquor carries the evolution of the island of Ibiza in its history. It began life as a digestive drink for local people and, little by little, it has evolved, winning over new generations that have taken it onto the dance floors, converting it on the way into a different alternative to the standard mixed alcoholic drinks. Without changing its flavour over the more than 100 years that it has existed has meant lending an authentic touch to the island’s highly cosmopolitan nightlife. No surprise then to find that there is a place for it in the most exclusive bars. Like this, it has tickled the taste buds of the world’s best DJs, who have enjoyed it so much that they wanted to export it to the USA. North America completes the list of European countries that have already fallen for the flavour of Ibiza, to be enjoyed at any time. As Carlos Marí Mayans explains, “The local market is responsible for most of the production but, at the moment, we are also exporting to Germany, Italy, Switzerland, Holland, Belgium, Great Britain, Austria, Russia, United Arab Emirates and Australia. Our ambition is to go much further in exporting the Ibiza brand just like our grandparents dreamt about”, he points out.

According to Marí Mayans, “The only thing that we have altered is that we have a central gas supply in order to make the fire to melt the sugar and distil, whereas 70 years ago we used to do it using firewood and a shovel to stir it” he jokes.