BeCrazy! Records frontman Jean Claude Ades returns to Lío Ibiza this summer to curate and headline an exclusive 21-date run of weekly dance music parties. The deep house and tech star, renowned for his über elegant studio productions and emotive underground DJ sets, will also be performing at Scorpios, the open-air beach bar in Mykonos that everybody is talking about.

“Mykonos is more low-key than Ibiza,” Jean Claude explains. “You have the famous beach clubs and some smaller clubs, but you don’t have the big post-midnight superclubs like Pacha and Amnesia. Nevertheless, the demand for dance music is definitely growing. More people are starting to see Mykonos as a viable summer destination, especially in July and August. To escape, they head to Mykonos for a week. It’s becoming a staple part of people’s holiday schedule. Before it was St Tropez and Ibiza, or Sardinia and Ibiza; now it’s Mykonos and Ibiza. People go wild here, then head over to Mykonos to relax. It’s the perfect daytime destination.”

What Mykonos lacks in terms of Amnesia-sized superclubs, it certainly makes up for when it comes to high-end beach bars. With a Funktion-One soundsystem and a capacity for around 4,000 discerning ravers, Scorpios is one of the most impressive venues of its kind anywhere in the world. “For me, Scorpios is one of the most beautiful beach clubs in the world,” Jean Claude continues. “The venue is built on the edge of a huge rock. The architecture is just incredible, likewise the food and the soundsystem. The crowd tends to be quite bohemian – you have a real Tulum vibe going on – especially on Tuesday’s with DJs like Acid Pauli, Damian Lazarus and Bedouin performing. The music on Sundays is a more uplifting blend of house and tech-house. That’s when I play. It’s the busiest day at Scorpios and a real advert for club culture in Mykonos.”

Closer to home, Jean Claude’s BeCrazy! residency at Lío remains a bonafide hub for plethora of respected underground producers who are often considered too avant-garde for some of the larger dancehalls on the island. “I’ve invited back Guy Mantzur and Marcus Worgull,” says Jean Claude, “along with Ruede Hagelstein, Konstantin Sibold and Guy J. That’s the direction of the sound this summer – deep with a touch of progressive. When it comes to booking DJs, I invite people I click with, people who create a posse mentality inside the booth. A good party is about chemistry. First and foremost, it’s about the quality of the music. But it’s also about the energy and vibe of the artists you have beside you.”

In the studio, Jean Claude has had a wonderfully productive winter. One of his most recent productions, which takes inspiration from Bach’s classical masterpiece ‘Appassionata’, has all the makings of a season defining anthem. “My next EP is classically pitched,” Jean Claude smiles. “I’m going to call it ‘Overture’. It’s a mix of classical, progressive deep house with a rolling arpeggiator. It’s been getting a great reception everywhere I’ve played it. I don’t know whether to release it now or wait until later in the summer. But you’ll know it when you hear it!” 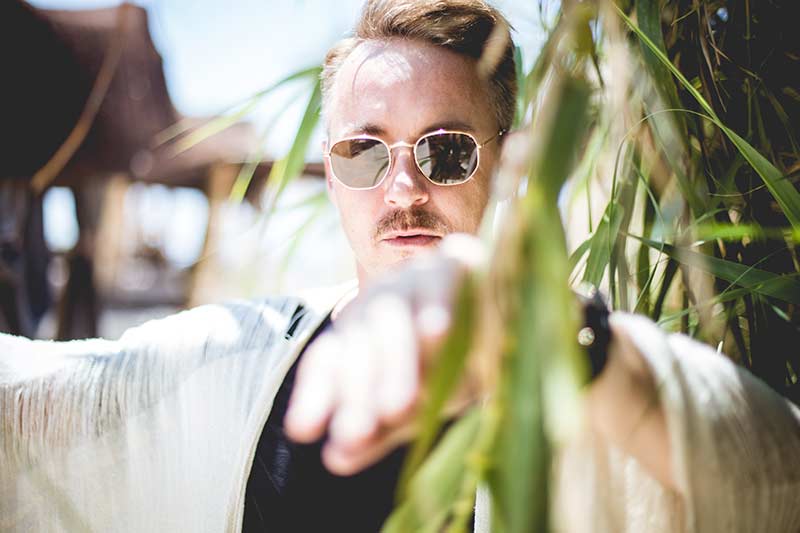