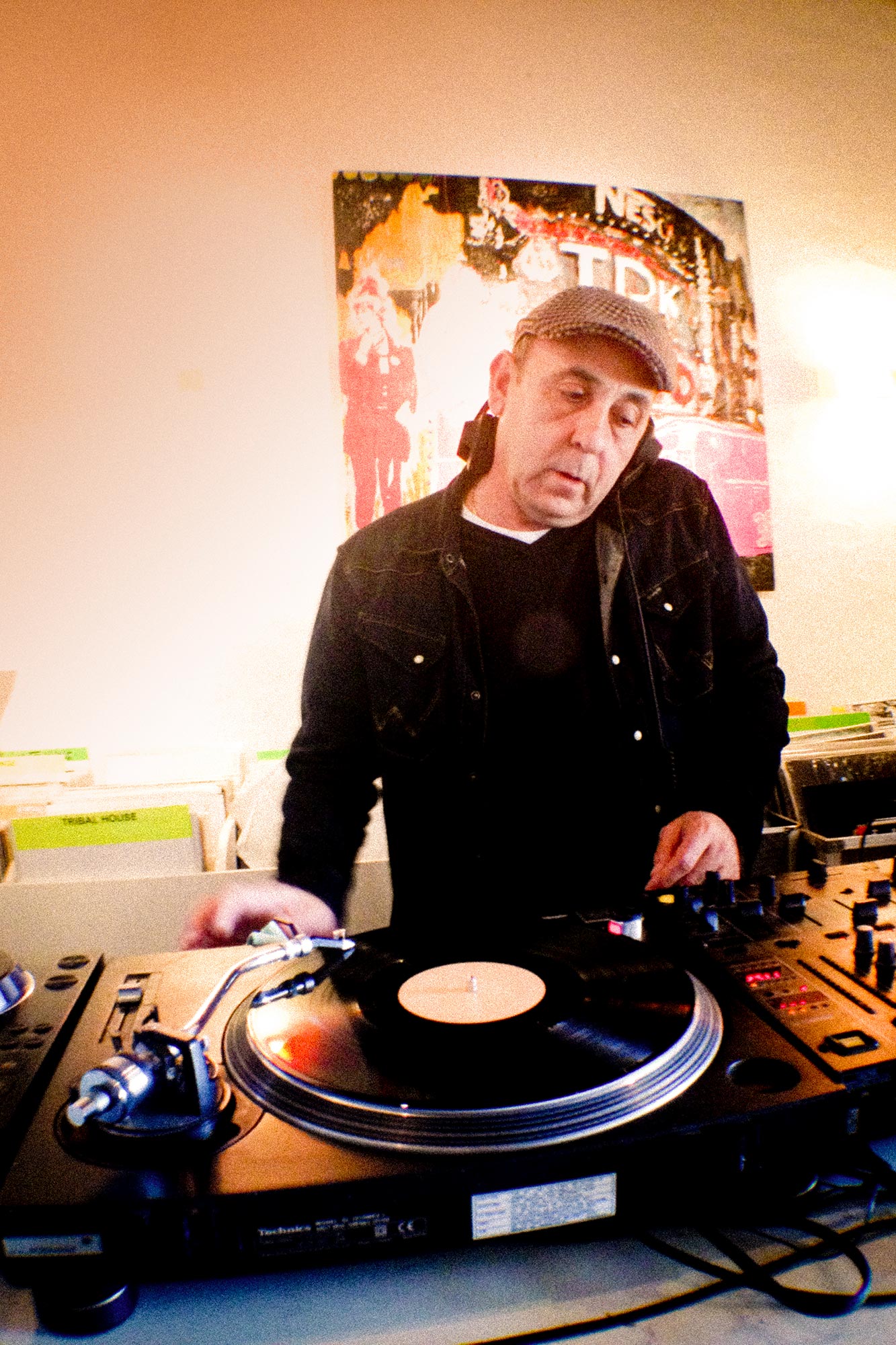 The legendary DJ and producer, known around the world for his extraordinary compilations and his fabled sunset sessions next to the sea, has just launched an album for Blue Note, is finishing two compilations that will be released this summer and what is more, will be surprising us with his new album Two Hearts.

Musical ambassador for Ibiza and nominated for the Latin Gramys in 2001 for his album “Navigator”, he is known worldwide for his legendary compilations for Café del Mar and for his productions that are characterised by a unique sound which has not only been widely emulated but has turned into the Balearic sound par excellence.

José Padilla was born with music; the grandson of an Andalusian guitarist, flamenco runs in his veins and rock and roll was the soundtrack to his adolescence until he fell in love with jazz and the bossa nova, sounds that would later influence his career as a DJ and producer.

Ibiza bewitched him and changed his life. In 1975 he set up home on the island and started working as a waiter until finding his niche as a DJ at venues such as Es Paradis, Playboy 2, Ku and Pachá. Little by little he developed his own style, one that was unique and full of feeling. He began to record cassettes with his sessions which were passed from hand to hand and as the flame began to catch word got round: “listen to this”. The myth grew until in 1991 Café del Mar realised that José Padilla’s sound was what it was looking for as a musical backdrop for its magnificent sunsets overlooking the water in San Antonio bay.

Nowadays José Padilla is already part of the history of music, his Café del Mar compilations sent him into orbit by selling 5 million copies and since then his meteoric career has included productions of his own such as the albums “Souvenir” and “Navigator” and a plethora of compilations such as “Bella Musica”, “Café Solo” and “Ibiza Classic Sunset”.

We are fortunate that the muse has taken up residence in José Padilla’s home and that this year he will launch not one, not two, not three, but four albums.

“Beach Classics” for the Blue Note label, is a very complete compilation, a sublime selection that just had to include stars such as Miles Davis and Stan Getz, but which also surprises us and delights us with young talents such as the Japanese band Quasimode. It comes as no surprise that in less than one month since its launch on March 16 it has reached number 1 on the jazz lists of Itunes. This label, created in 1939 and on which artists of the stature of Thelonious Monk, Fats Navarro and Bud Powell have recorded, is today a worldwide reference point for jazz and for José: “It is an honour to form part of the Blue Note family, I have always had great respect for this label”.

“Two Hearts”, an album produced by José Padilla and Kirsty Keatch, was borne out of a casual encounter – as these things happen in Ibiza, in a magical and unexpected way – and has been produced jointly in Scotland and Ibiza. It will surprise all of us because it is different; it is a pop sound with a hint of Indie and with Kirsty’s guitar touching the electronic bases and her plaintive voice bringing a touch of the esoteric.

Kirsty was born in Scotland but she was brought up in Ibiza where she used to play at the parties held in the villages around the island and at some fundraising concerts. Winner of the MIBI contest in 2009, she now studies musical technology at Edinburgh University. Kirsty’s love of the beauty and peace and quiet that one finds on the island has been a source of inspiration when it comes to writing the lyrics of her songs and nostalgia is what drives her to pick up her guitar and produce the Balearic sound and spirit that she misses so much while she is at the University.

“I wanted to capture the innocence and purity of Kirsty’s voice at the special moment in life that is adolescence. Both my influence and that of Kirsty have blended on this album and the result is a very Balearic sound because both of us share the spirit of Ibiza in spite of the difference in our ages and musical tastes. The lyrics are quite esoteric and it is closely linked to Ibiza; at the end of the day everything came out of the valley of Santa Inés” says José of this album which will see the light of day in May.
The summer months will see the launch of the compilations “Sundowner” for EMI and “Singita 10th Anniversary Compilation”. José spends hours and hours listening to new music and searching among hundreds of vinyl records for those timeless tunes that will no doubt turn these two compilations into collectors items.

This year we are in for more than one surprise as José let us know that during the summer he will be resident at an emblematic venue in Ibiza that has a spectacular sunset. However much we try to get him to spill the beans nonetheless, he doesn’t want to give us more clues so we will just have to keep an eye out…

In the meantime, we can see him at his country house where the Ibiza Style TV team had the pleasure of spending a very enjoyable afternoon chatting with José Padilla.