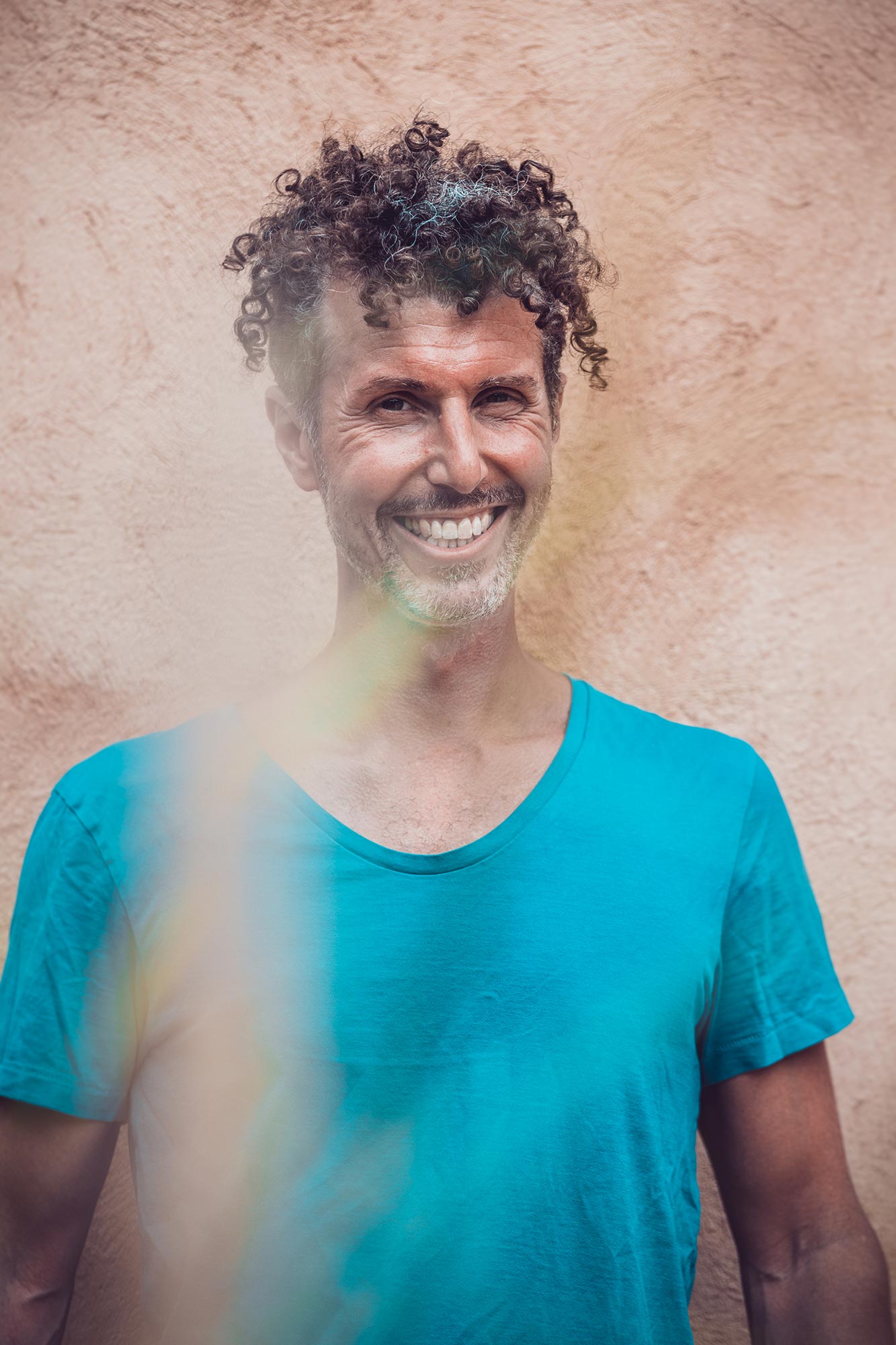 Philadelphia-born, acid techno legend Josh Wink has been making the pilgrimage to Ibiza since 1993. Back in the day, the Ovum label boss wore long blonde dreadlocks. More importantly, perhaps, he was just a year away from releasing ‘Higher State Of Consciousness’, the era-defining record that broke him to an international audience.

“I come here to Ibiza for two reasons,” Josh explains. “Firstly to work; the island can still be an influential place to play music. But I also come here to spend quality time with my family. It’s a balance. We live in the countryside overlooking the sea near Es Vedra. Walking to the beach everyday, diving in the ocean, looking at the sea life, being part of the local community – there is something to be said for the feeling we get as a family when we come to stay in this certain area of Ibiza that we call home.”

Josh is a vegan, his son a vegetarian. “We do most of our shopping at a place called S’Hortet Verd in Sant Jordi,” says Josh. “It’s an ecological store. I don’t do eggs or milk, but my son eats eggs and sometimes unpasteurised cows milk on special occasions. We prefer to shop at organic stores and pick your own farms. Some of these places don’t have a name; you kind of need to know where they are. We’re always stumbling upon little shops in cool places that become our favourites for a while. We’re here on the island now for a couple of months. Being that we’re here for so long, we try to make the commitment to transport our typical lifestyle here to Ibiza.”

One aspect of US life that Josh is happy to leave at home is the current political climate. “There’s a definite feeling of oppressiveness in America right now,” Josh explains. “It’s a weird, dirty feeling that a lot of people are sensitive to and concerned about. It seems to be becoming a global scene right now unfortunately.”

After releasing a slew of big hits on labels like Intec, R&S and Boysnoize, Josh returned to action on Ovum earlier this year, dropping ‘Resist’, a quintessential acid-laced techno track buoyed by a critical message. “That track paid homage to a movement that has been around since the beginning of civilisation,” Josh continues, “whereby people can utilise their ability to protest peacefully against the political system. Globally, this is a trying time. But it’s nice to know that there is still hope throughout the world, even on little Ibiza. Complacency is the easy way but not the best way. Socrates used to say he discovered through reason and logic in discussion, but I don’t know how much reason and logic are being used these days. It’s more spin. Spinning the truth. Or as the Trump cabinet calls it, the alternative truth! Even so, it’s still important for me to do what I believe in, because spreading a positive vibe through educated entertainment can be contagious.”

Josh will perform for Unusual Suspects at Sankeys on August 3, Resistance at Privilege on August 15, and Groovers In The Park at Benimussa Park on September 14.