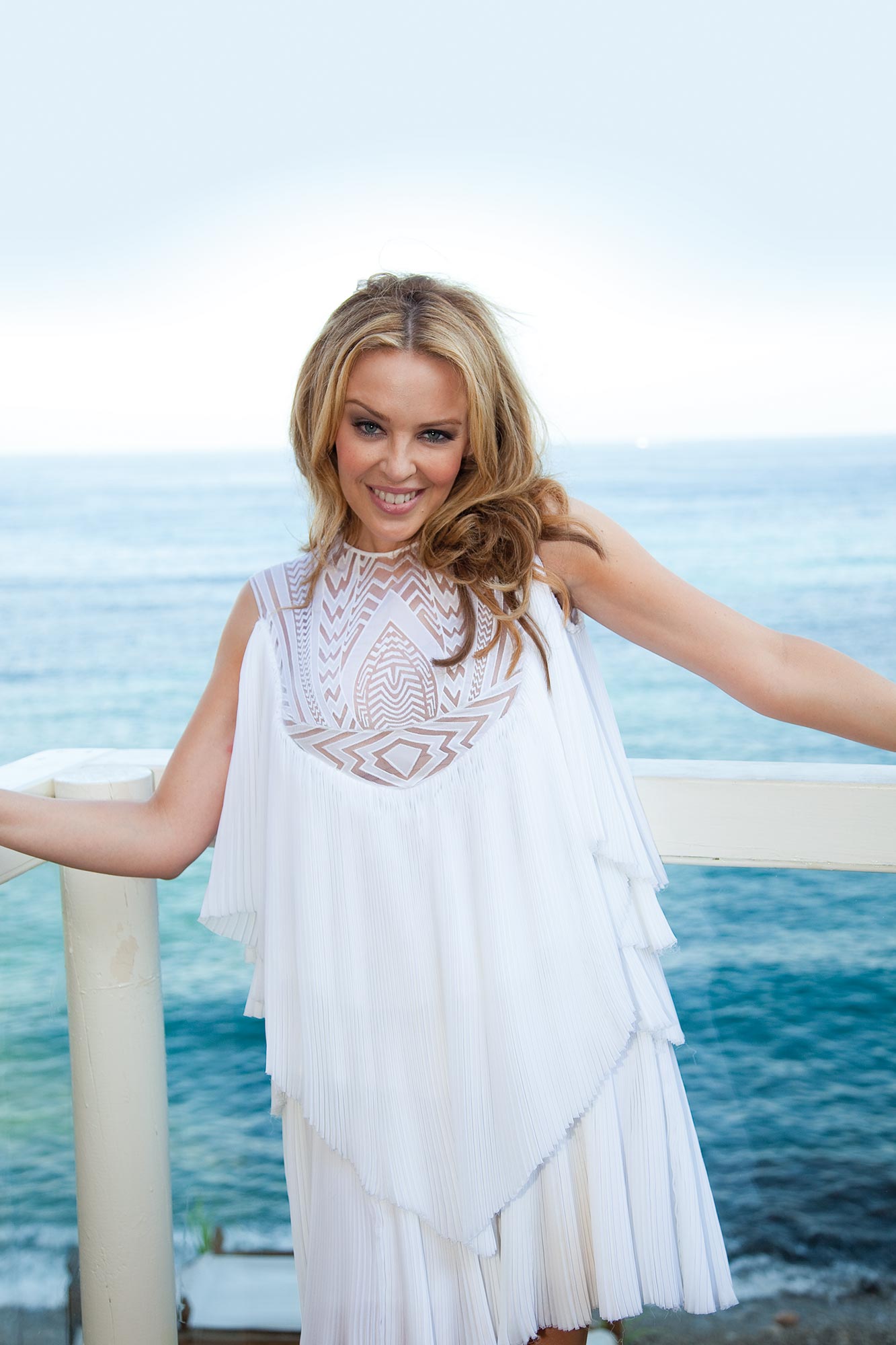 We meet a white-clad Kylie Minogue, whose latest single ‘All the Lovers’ shot to the top of the charts in eight countries, in an enchanting bay on the Island.

Composing the album Aphrodite sowed the seed that now, months later, has finally borne fruit. I knew we could create something exceptional and now I think we have done it,” says Kylie. “In the future, I also want to make an interesting mix of music to dance to. The only thing that interests me is that people should like my songs and have fun when they hear them. I want every album to have a message and to express something.”

Are the opinions of her fans important to her? “They really help me, particularly at the moment. You will understand this if you look at the internet forums where people are discussing my music,” says the Melbourne-born singer. Despite the adulation she receives from her fans worldwide, Kylie is hesitant about the reception her new album has received. “It’s an album you need to listen to with an open mind, and no preconceptions.”

Nevertheless, she acknowledges that ‘Aphrodite’ is a very “positive” album. “I think that I have arrived at a very good place in my life. I am much more confident. And the producers have done a fantastic job of conveying all my feelings in the songs,” she assures us.

Long drawn out production times irritate the singer, who at 42 still has as much of the characteristic vitality which has marked her out since the beginning of her career. “I like it when things go quickly and well. Time is money, and if something doesn’t sound good, then it’s better to forget it and concentrate on the next song,” she explains.

‘Get out of my way’ will be the second single from the album, she tells us. And she wants to embark on a different path in her career: “I really want to build on my acting credentials. I have just shot a film in New York and absolutely loved the experience.”

When will the Kylie Minogue tour next take to the road? “Not long now. I’m touring again in 2011 and definitely for longer than two months this time. Last year, I had practically no time off at all, and this time it looks as though it’s going to be exactly the same, but that’s OK because I like travelling.”

When it comes to her private life, the pop diva, who has been dating the model Andres Velencoso Segura for two years now, assures us that her life is now on a much more even keel. “The past couple of years have been so good; I just want it to go on like this. Perhaps I should start a family soon,” she says, bringing our conversation to a close.