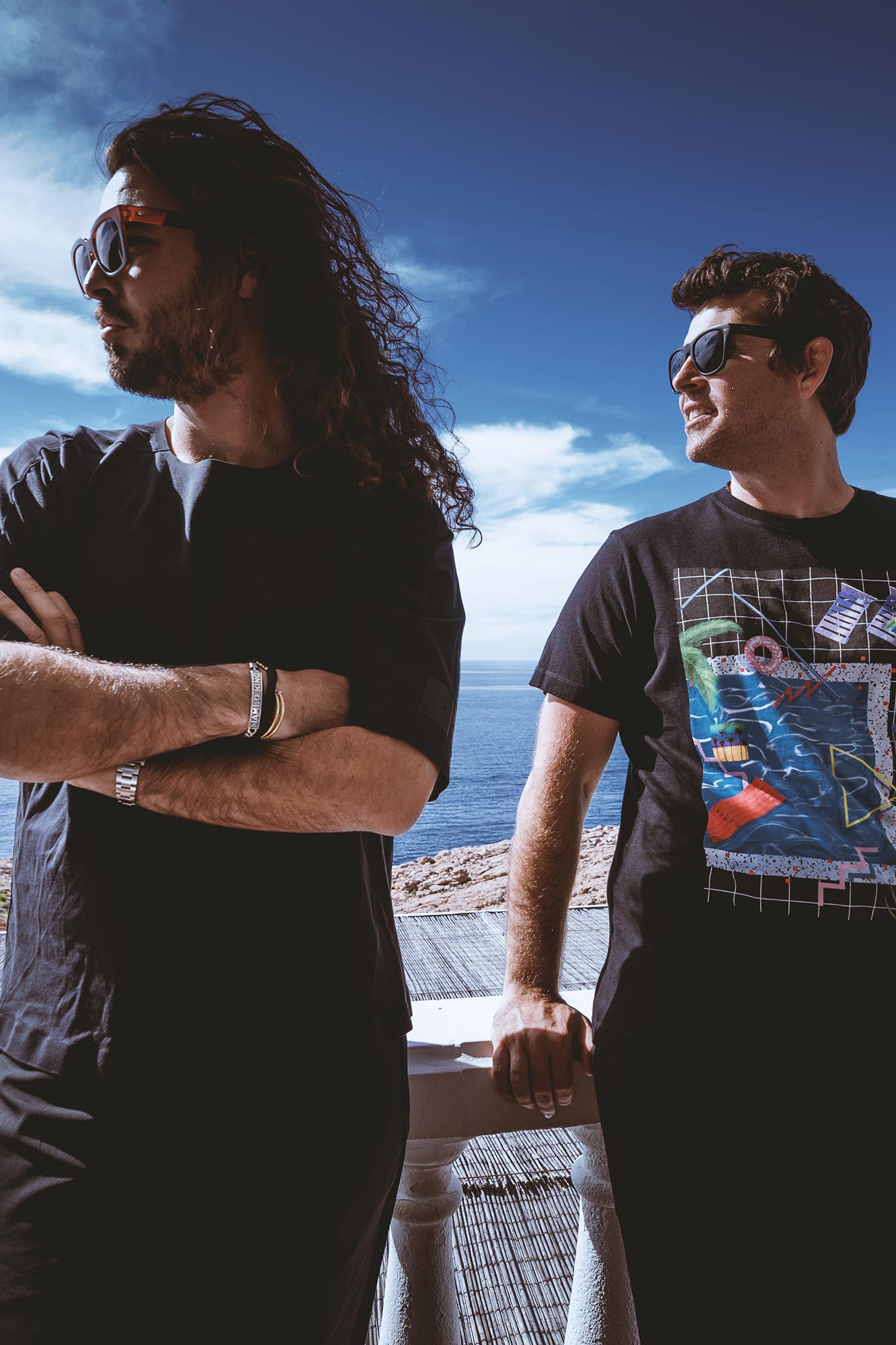 Ten minutes before our interview with Mambo Brothers Christian and Alan Anadon is due to start, they receive an email from their airline confirming that their Miami Music Week baggage, which didn’t make it back to Ibiza, has officially been lost. It’s rotten news, but right now it’s impossible to dampen the mood around Hostal La Torre. The reason? “We’re all really excited about our new weekly residency at Hï this summer,” Christian smiles. “We will host the second room, the one which used to be called the Terraza.”

“We got a call from the crew at Hï a few months ago,” Alan adds. “We had a meeting and they told us they wanted to support a local act from Ibiza. We thought it was a great idea. Local DJs from Ibiza deserve to be in the spotlight.”

Christian and Alan don’t want to say too much about the recent redesign at Hï. “It’s not our job,” Christian explains. “Let’s just say we went along to see the club a couple of months ago and the finished project is going to look amazing.”

Musically, we do know that the Mambo Brothers new residency will be inimitably upbeat, fuelled throughout by an eclectic fusion of quality electronic sounds. “I don’t want the event to be solely focused on house or tech-house or techno,” Alan continues. “I want to mix everything up and make sure it actually works on the dancefloor. That might mean playing some disco, some new edits, some classic house, some tech-house. It’s just going to be a fun night and we’re going to have a lot of our friends on the line-up.”

If Hï is the tangible embodiment of Ibiza’s future, then the countercultural ambience here at Hostal La Torre should be considered a living invocation of Ibiza’s hippie past. “Hostal La Torre is a very special place on the north side of San Antonio,” Christian nods. “It’s where all the hippies used to hang out back in the ‘60s. We got it two years ago. It’s somewhere we wanted for a very long time. With places like La Torre, you can’t just rush in and change things. We want to make a slow impact, learn how to do things in the right way in order to maintain a real sense of what Ibiza has been known for over the years.”

There’s no question that the boys’ delicate approach to progress and permutation is working. The hotel is fully booked and as a sunset venue Hostal La Torre has quickly come to be regarded as one the finest spots on the island. “We recommend you book a table for sunset because it gets so busy,” Alan concludes. “But you’ll also find lots of different areas down on the rocks where you can sit with a cocktail and enjoy the experience. It’s nothing too fancy, but we’re extremely proud of the place.”