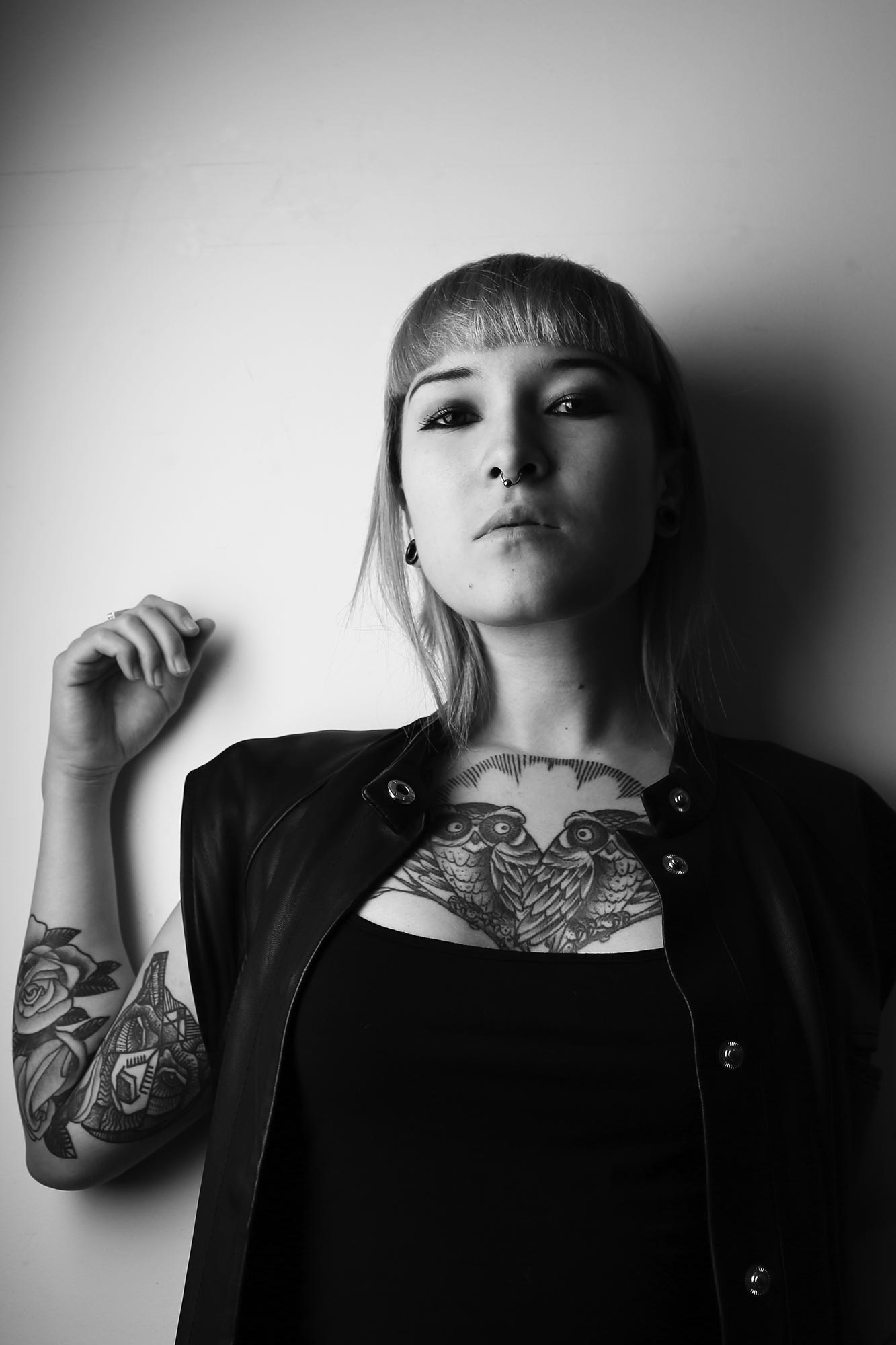 One of the most eye-catching billboard designs of Ibiza 2016 has to be Maya Jane Coles’ ANTS campaign, which features Maya ordering drinks in an eerie film noir barroom. It’s an image that evokes sci-fi memories of Ridley Scott’s 1982 cult classic, Blade Runner. “Ushuaïa wanted to do something a bit artier this summer,” Maya explains. “I never usually fly abroad for a shoot; it takes so much time out of my schedule. But because the concept was so strong, I thought, okay, I’ll fly to Berlin for this one. The couple that shot it, Chloé Claverie and Nick West, have worked with Kanye West. They’re big time photographers in the commercial world.”

The aforementioned ANTS shoot wasn’t Maya’s creative proposition, but more so than ever before she is taking a controlling interest in the way she’s depicted on the page. “The image has to match the music,” Maya continues. “Dark and mysterious, that’s my vibe. That’s why I work with people who are goth-inspired. When I was younger, I’d end up in so many situations where the photographer would do a quick Google search and come to the wrong conclusion about how I wanted to be portrayed. If I do find myself in that situation now I’m quite good. The photographer can always get something, as long as they’re not forcing me to do something ridiculous that I feel uncomfortable with. I remember one fashion shoot where they brought in floral leggings and a lilac top! They hadn’t really done their research.”

A true artist in every sense of the word, Maya’s unique underground aesthetic is totally self inspired. She paints, she draws and even her tour visuals are her own sketch works, which are then animated. “If I’m killing time on a plane I’ll just draw,” Maya smiles. “I always keep a sketchbook with me when I’m touring. Then when I get home I’ll scan my images and edit them in Photoshop. That’s how all of my release artwork is made. It’s not just about the music for me; I want everything I produce to be personal. I could get someone else to design it, but I like to know I did it all myself.”

Three years after the release of her acclaimed debut album Comfort, Maya is now ready to drop a brand new double album, which will hit the digital shelves later this year. As you might expect, the music and the graphic artwork is all her own work. “It’s 24 tracks, plus a few bonuses,” Maya explains. “As much as I love making 125bpm, four to the floor tracks, I get a lot more satisfaction writing music that you can listen to anytime. The kind of music that stays with you for life, like Massive Attack and Portishead. For that reason, Disc One has been designed for home listening; the second is more club stuff. It’s always difficult to describe exactly what it sounds like, but I definitely think it’s more mature than my first album.”