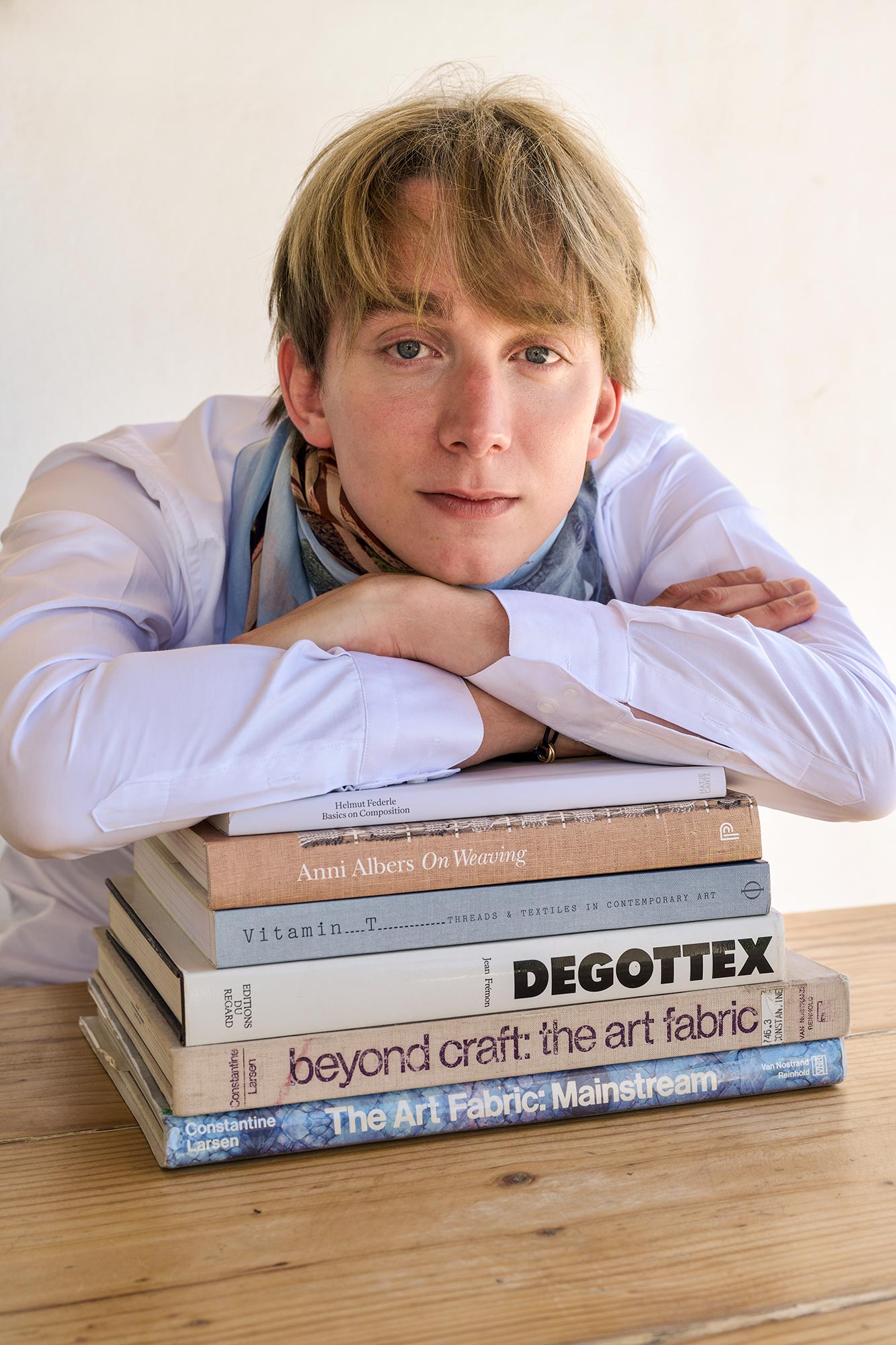 Melchior Rothstein – How Ibiza is becoming a magnet for contemporary art

The best way to explore Ibiza is to get lost in it. That’s the message from art advisor Melchior Rothstein who came to the island, from Paris, with lots of misconceptions. Likening the small Mediterranean island to Rome, in terms of its dynamics and diversity, he said what he discovered was a cross between an authentic Ibiza hippie culture, and the refined art world.

“It’s an island of party and hedonism, and yes partially that is true, but once the plane approached the island, I felt a telluric energy I never felt anywhere else before. I ended up living half time between Paris and here”. Once here he discovered a whole new side to the island, “I was surprised to find that it was full of spiritualism, emotional intelligence. It became a place where the intangible revealed itself as very tangible. I met incredible people in Ibiza and I found my tribe here.”

He said art has always been a part of his life even before he was born: “My mother was making a movie about painter Paul Cezanne while she was expecting me. Also my childhood was coloured by the variety of creative people surrounding my parents. The multicultural background of my family and the fact that I grew up between Paris and Rome had a real impact on my way of perceiving the world.” After an internship for his aunt, Patrizia Nitti, who was the director of the Musee du Luxembourg in Paris, I studied history of art and communication. “My first significative job for a Swiss holding company based in Geneva which was investing in art. It gave me the opportunity to travel around the world.” He went on to work for galleries in 2016 and is now director of the gallery Virginie Louvet.

Working in the art world led to Melchior falling in love with the aesthetics of life. It spawned the love for travel, through which connection to the culture became very important to him. “To breathe the art of life from my direct environment inspires new perspectives, which are consequently the vehicles of the art world.” He said that Ibiza too, has its own unique culture, lifestyle and dynamic: less up tight, more relaxed and very tolerant to people expressing themselves. “There is a real interest for diversity and freedom. I don’t want to be told what to wear or how to behave. I try to live like that in my daily life.” 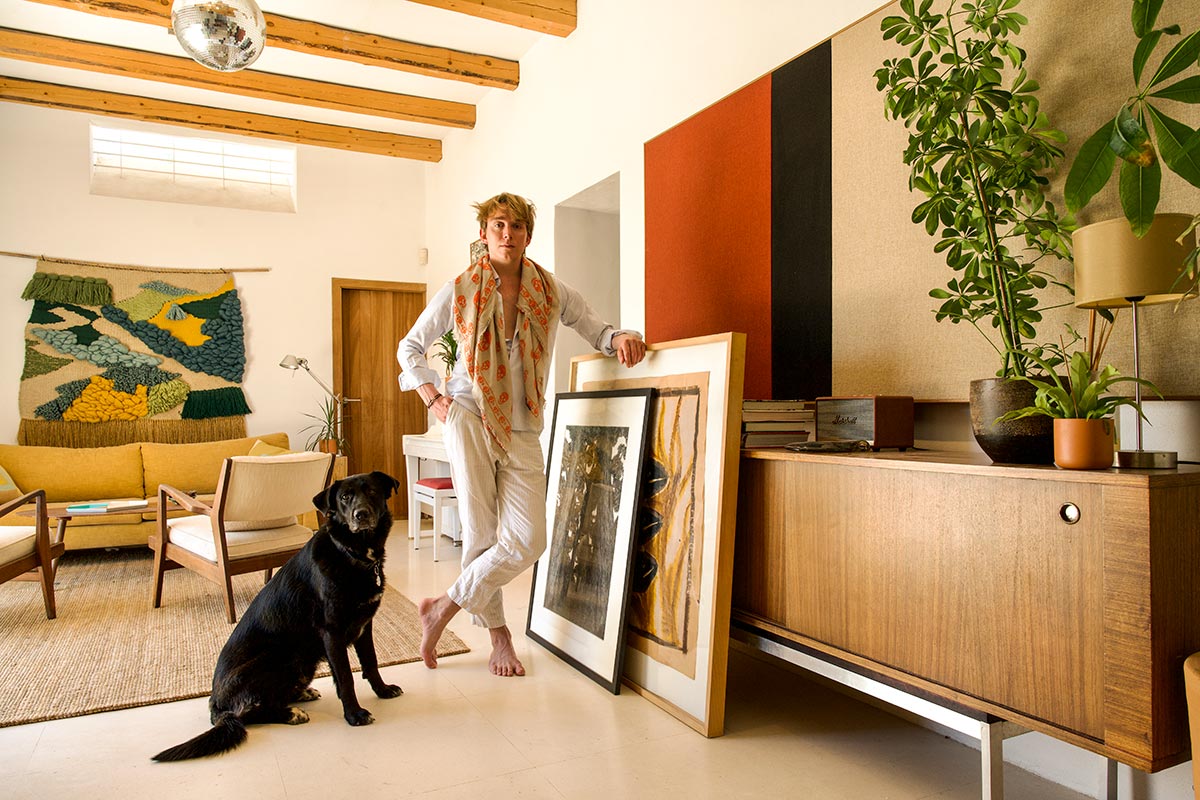 He loves the island’s strong presence of nature, which visibly affects the mood of the people.

“The landscapes are breathtaking, one of many elements which give an incredible contrast from the energy of the city. Just as Ibiza offers a platform to a contrast of people, who are always mixing with each-other, making Ibiza a meeting point of globalisation. “At the same time you are given an option to remove yourself completely and disconnect from globalisation itself. It isn’t not only a place to have fun, it is also a place to connect with spiritual and cultural values.”

“Balearic Islands are getting more and more involved in the life of contemporary art,” he said. Many serious collectors, artists and gallerists make their way to the island for private gallery showings. Attracting amazing names from the antique furniture gallerists, surrealism gallerists, and bringing unique art collections from Parisian 50s, 60s, and 70s era.

Melchior recalls some of the artist’s works he had seen here, from William Mackinnon (The Simon Gallery, London), Charlotte Gyllenhammar (Sweden), Andrew Rogers’s whose sun dial or stonehenge installation commissioned by Guy Laliberte you can find in the south west of the island, and just very recently Duran Duran brought their private collection to Hangar 8289 and of course the Nave Salinas run by Colombian collector Lio Malca which displayed major names of the art scene like Bill Viola, Kenny Scharf, Keith Harring, Marco Brambilla and Kaws.”

So where on the island should art lovers go? Melchior recommends the Contemporary Art museum in Dalt Vila, which showcases various collections in an impressive space; the Art Gallery in Santa Gertrudis “Parra Romero”; Bauhaus and Ibicenco finca experience in “Espacio Micus”, situated in Jesus area that is curated by Kataya Micus.