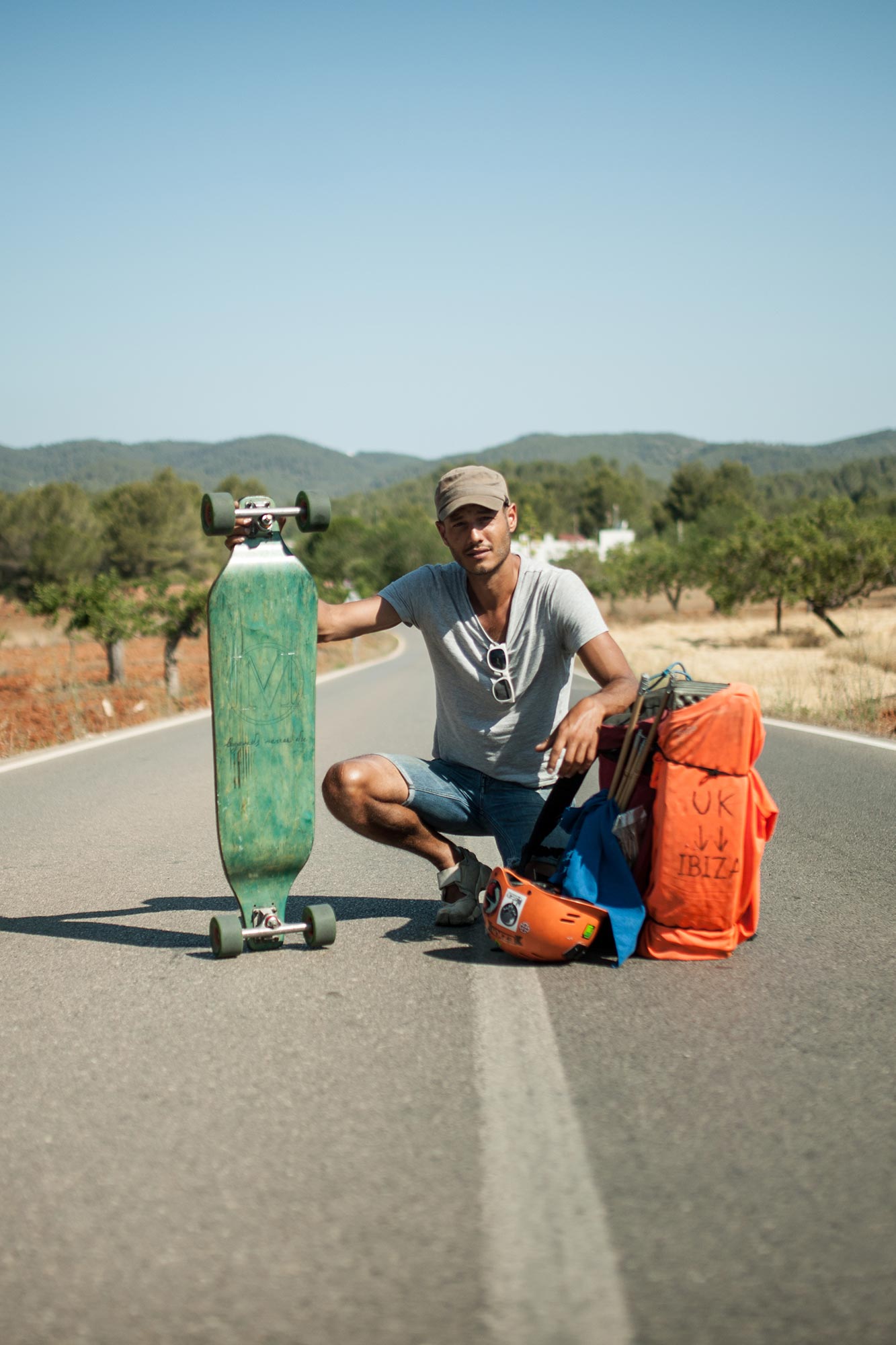 Two months ago Michael DB Levy was working in London for the biggest luxury brand in the world Rolls Royce. He wore beautiful suits, an expensive watch and drove £500,000 cars around town. And then one day he woke up and thought ‘it’s time to have a little adventure’…and resigned. He wanted to go back to the island he loved and missed. By skateboard.

Back in the 90s Michael was one of the most familiar faces in Ibiza working for Manumission, but like so many people returning home he quickly got sucked back into the rat race and the memories of picnics on Salinas, after parties at Space and Mike n’ Claire’s on stage sex shows were just that. Memories.

“I sent out 4 letters to equipment companies mapping out my idea and thankfully two came back the next day” he smiles in the San Rafael sunshine. “Abec11 provided me with the huge wheels giving me the ability to handle all terrains and my main sponsor was Mercury Wheel Bearings whose one set lasted the whole journey. I did the whole trip with no spares. All with a 16lb rucksack on my back.”

And what a trip it was. Sleeping in hedgerows under a flimsy mosquito net, fending off hungry wolves in the night, attacked by a cheeky French gang in a Lidyl car park, dealing with altitude sickness in the Pyrenees, racing alongside 50 tonne trucks on the Spanish highways…just him, his board and his headphones spurring him on.

But with all tales of such epic proportions came the kindness of strangers. Families who took him in for the odd night providing a hot meal and a bed, a farmer who saw the sweat dripping off Michael as he zoomed past his field and pointed out a deliciously cold lake for him to cool down in…and a simple little chat with two ladies in a burger bar in Narbonne that helped restore his soul and make him push on into the dusty distance.

Part of Michael’s epic journey was to help raise funds for a friend and his cancer fight. “That gave me another reason to take that first roll every morning, to keep hitting that 50km a day and always instill a firm sense of perspective whenever I found it really tough on the roads.”

Hollywood film makers. Are you listening?