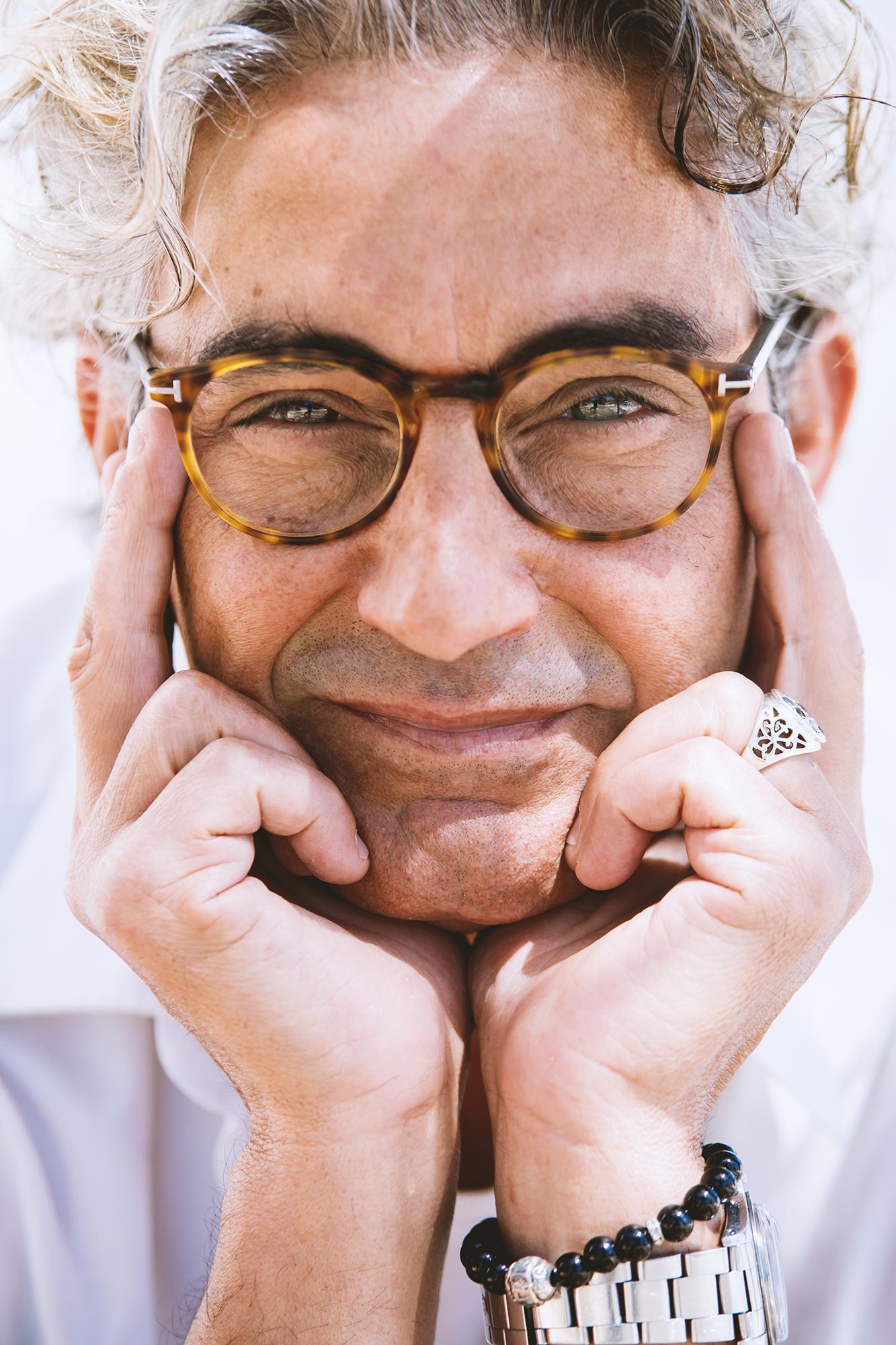 Wen you first meet the actor and performer Miguel Molina, it’s impossible not to be mesmerised by his powerful persona. Charisma emanates from him like an unseen aura, captivating your attention immediately and infinitely. Hailing from a theatrical Spanish dynasty, his father is the celebrated and iconic singer and actor Antonio Molina, revered across Spain for decades as a pioneer of theatre and the arts. One of eight children, it was only natural for Miguel to follow his father’s legacy and it’s apparent that acting and performing is the lifeblood which courses through his veins.

Having been born in Madrid, he first came to Ibiza when he was just four years old, on the advice of his sister Angela, another much lauded actress who discovered the then relatively untouched beauty of Ibiza and invited her family to come and embrace the free spirited beauty of this alluring island.

Of course, as so many before them they were instantly entranced by the carefree, bohemian lifestyle, and Ibiza became a home from home, an oasis in the life of this family so deeply entrenched in the world of showbusiness, and they quickly made a lifelong base here.

Miguel tells us that Ibiza holds the fondest memories of his childhood, and indeed his adult life, a place where whenever he sets foot on the island, he is instantly at peace, at home, reconnecting with his self, with the “real” Micky Molina. The island gives a gentle reminder of the purity of life, full of iconic memories of childhood, a place to reconnect with true friends, genuine people, the energy which sustains him.

Having spent much of his adult life very much in the limelight, he tells us that stardom can suck the blood from a person, however strong their character, but on this most magical island he can simply be himself, recharge his batteries. He holds within him a deep resonance with the sea, he is naturally drawn to the water, a qualified skipper, he finds peace in his often crazy world on the waters of Ibiza, as well as in the mountains and the natural landscape, the colours, the innocence, the inherent good feelings calming his soul and soothing his spirit.

Having spent the last months touring the mainland of Spain with his intense yet inspirational theatre show, De Miguel y Miguel, a tribute to the legendary 1930’s poet Miguel Hernadez, he has revelled in taking the lead in this powerful dramatic performance, an enigmatic combination of drama, music and poetry, a bohemian rhapsody set to a soundtrack of pianists & cellists.

For Miguel, the emotion he experiences when the curtain goes up is an incomparable high, better than any artificial stimulant, the true essence of fortune and the audiences’ reaction the very reason for the fire in his heart. Receiving rave reviews, he recalls the feeling of seeing members of the audience waiting at stage door to offer their appreciation, which evokes a feeling inside of him which is reminiscent of the cork popping from a bottle of champagne, reawakening the senses and reaffirming his love for life, the reason for everything he works so hard to achieve.

This month he will attend the Alicante Film Festival to promote his latest film, El Collar de Sal, in which he plays the male protagonist, an arthouse movie full of poetic beauty set to an emphatic soundtrack. By his side will be his wife, soulmate and confidante of 13 years, Sandra Blakstad, a talented designer and actress in her own right, who has been a constant source of support and solidarity to him, and him to her, their relationship represents intense love and integrity in this forever fickle world of showbusiness.

The festival will involve 10 days of intense interviews, press and PR, after which he will make a welcome return to his beloved island, where he will recommence his theatre school for young people. The pleasure he derives from this is evident in the sparkle in his eyes when he talks about this experience, the initiation of young adults and children into the world of theatre, teaching them not just theatrical skills but enhancing their life with this art, building confidence and encouraging and nurturing their budding talents.

In short, Miguel Molina is a positive powerhouse of performance art, it’s his raison d’etre, his fuel, his fire, and we at Ibiza Style look forward to experiencing everything he has to offer this year, and in the future. A force to be reckoned with indeed.