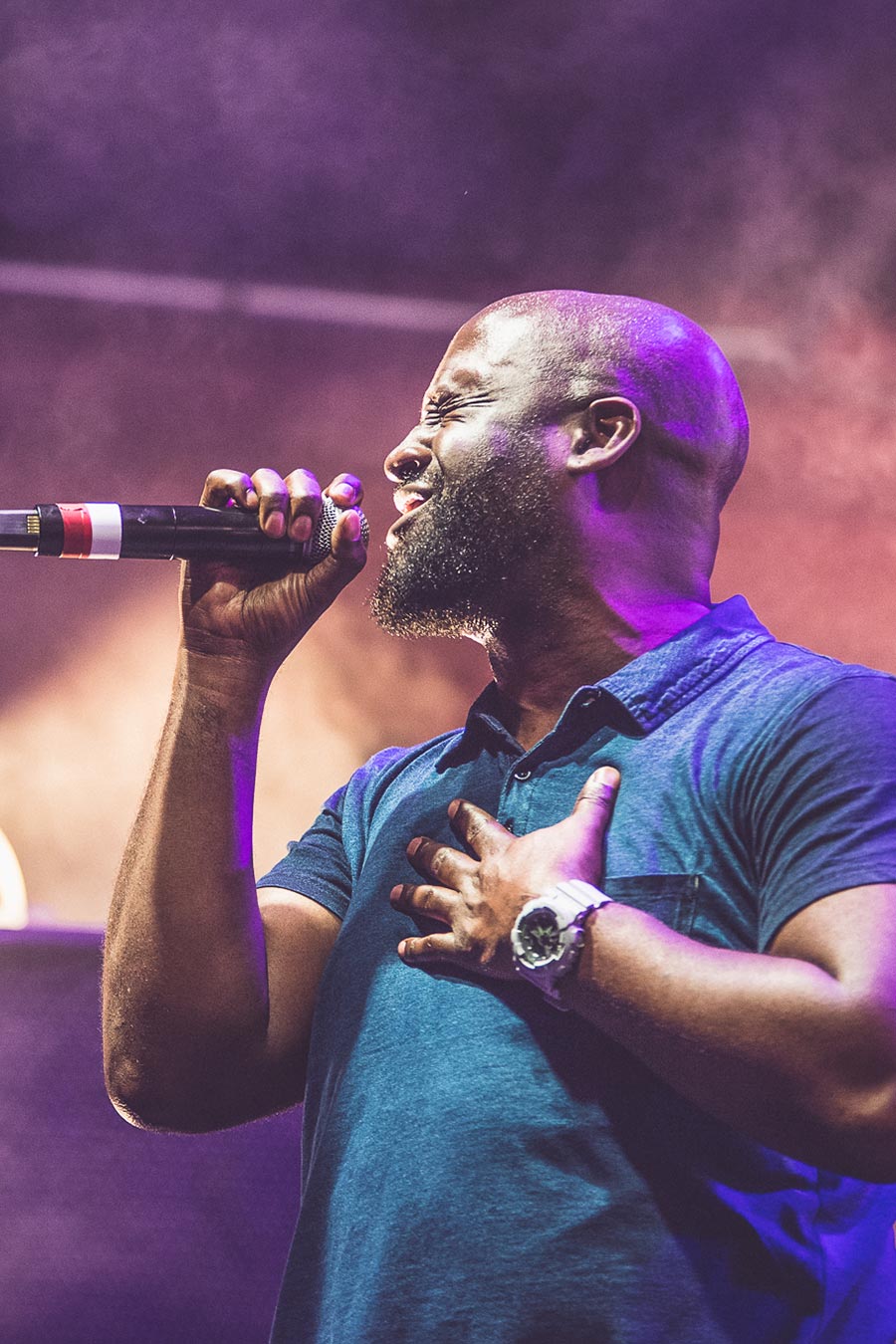 „Hey how ya doin’

Sorry ya can’t get through

Why don’t you leave your name

And I’ll get back to you“

In a far-off land before time, before Twitter, Instagram and Facebook, there was a phase sometime in the late 80s when answering machines were all the rage. As part of this, it was fashionable to leave “creative messages” for the caller who didn’t reach the other person. And De La Soul ingrained this phenomenon in pop culture once and for all by means of their song “Ring Ring Ring (Ha Ha Hey)”. Like so many styles in music, De La Soul–that is Posdnuos, Dave and Maseo—represented a counter movement: Punk vs. Prog; New Romantic vs. Punk; and Techno vs.Rock. What’s more, their peaceful hip-hop style was also a response; in this case to the ubiquitous gangsta rap at the crest of the 80s and 90s.

Along with bands like A Tribe called Quest and the Jungle Brothers, at that time the trio stood for a slightly different approach to black music compared to the tough guys from N.W.A., Tupac or Ice-T – the “native tongue” movement. The O in their band’s logo represented a peace symbol, while daisies emblazoned their album covers. Founded in 1988, their début “Three Feet High and Rising” became an instant classic and one of the best hip hop albums of all time. Produced by Prince Paul, the record referred in its title to the country and western hero Johnny Cash, in itself a blink in the eye par excellence, and the key track “Me Myself and I” became a gigantic hit worldwide.

With “De La Soul is Dead” two years later they showed that there’s a dark side to them too. “Stakes is High” (1999) and “Art Official Intelligence: Mosaic Thump” (2000) were also veritable chart successes. With “De La Dunk” they later designed their own sneakers, and a last album followed in 2004. Two years later they were awarded a Grammy for their “Feel Good Inc.” on Damon Albarn’s Gorillaz album, “Demon Days”.

When it comes to their own album they’ve been quiet for a long time. Nonetheless, the trio has still been active, releasing mix tapes, they took part in the “Rock the Bells” tour along with A Tribe called Quest, Nas and others, worked together once more with Gorillaz and did a remix of the indie legend, Yo La Tengo.

In Ibiza in 2011 they caused a furore at Space with their live show while, at this year’s Ibiza Rocks, the triumvirate once again went down a storm. And we can look forward to a new LP. March’s kickstarter campaign to fund it managed to surpass the goal of $110,000 in under ten hours. The title of the new album is “And The Anonymous Nobody” and it should be out soon.