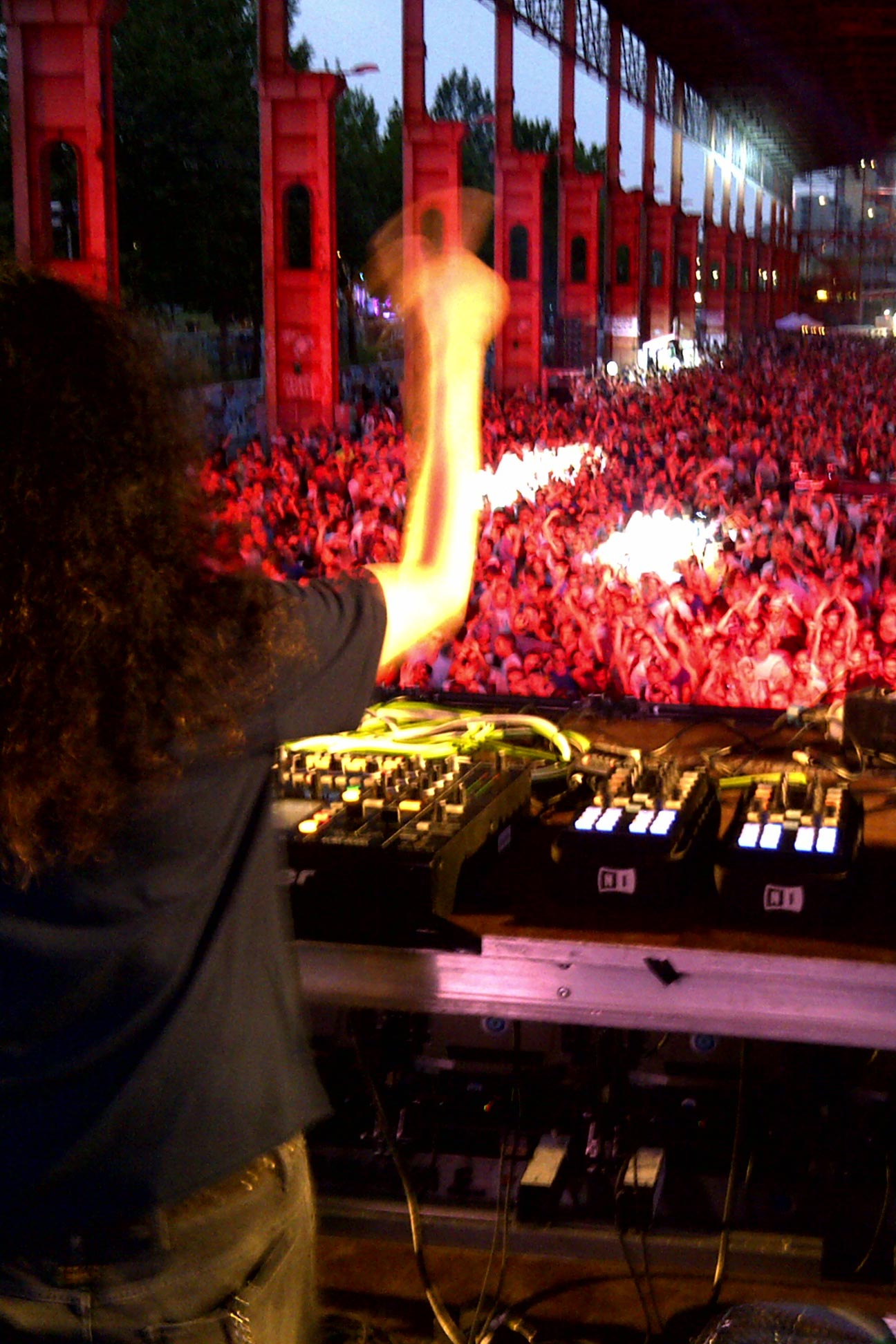 One afternoon when I was a child living in Nigeria I wrote ‘je veux etre une actrice’ on my bedroom wall. Naturally my family weren’t too happy with my decorating skills and my little dream was completely out of the question. Becoming an actress was never going to be possible as everyone wanted me to have a ‘proper job’ such as a banker, an architect or a lawyer…but little did they know.”

Not many people know this about Nicole Moudaber. Then again, not many people know that one of the biggest techno DJs on the planet once upon a time organised parties in the Lebanon in the mid 90s when the country was coming out of the turmoil of war. “I had meetings with the generals of the army and the city councils who loved the project as we were all working on putting the country back on the map. The party was called Trashy Renaissance and took place in the middle of Beirut, the idea was to overcome hatred and all join together in one big party and we had 1000 people dancing the night away. And did I put it back on the map? Yes, the clubbing map.”

See what I mean? Nicole doesn’t play by the rule book. She is an expert water skier and can handle the biggest motorbike yet I once caught her singing along to ‘Remember The Time’ by Michael Jackson, this lady does have her soft side too. And of course there is the small matter of being the biggest female DJ in the world…but she hates talking genres – “let’s talk about music, it is much more important.” This summer in Ibiza she has the dream ticket with residencies at Circo Loco’s DC10 mayhem and Carl Cox’s prestigious Music Is Revolution down at Space. Ask any DJ what their ideal gig on the white isle is and these two parties will always be right at the top of their wish lists. “I just had to become part of the Circo family this year, their energy and vibe just runs through my veins. And as for Carl? Well I just love him, we play everywhere together and have a real connection behind the decks. I have been blessed to have people like him and Danny Tenaglia who believed in me in the first place and gave me a chance to show everyone what I have got.”

In today’s day and age where everyone can become a DJ by simply making a tune on their bedroom computer, it is so refreshing to see the success of Miss Moudaber who comes alive when DJing. She simply makes a club rock. Sure her production skills are world class and we are all looking forward to the release of her hugely anticipated 5 track ‘Breed’ EP in September that she has created with Skin of Skunk Anansie, but what stands out so much for us is her sheer passion for DJing – and what more, Nicole is one of the few DJs out there who gives a shit about her fans. Most artists have a team answering their Facebook, Twitter and Instagram accounts, this girl doesn’t…she is proper hands on. “I have been a fan of musicians all my life, I have been there, seen it and done it so I know what it feels like when someone reaches out to you, I love to reply to my fans even if it is only a few little words. At the end of day, without these guys I wouldn’t be where I am today.”

And today is Ibiza. An island which she fell in love with many years ago and keeps coming back – the draw is irresistible. “There is nowhere like it in the world. From a DJ’s point of view it’s like we are in a candy shop, this is our inspiration on so many levels.”