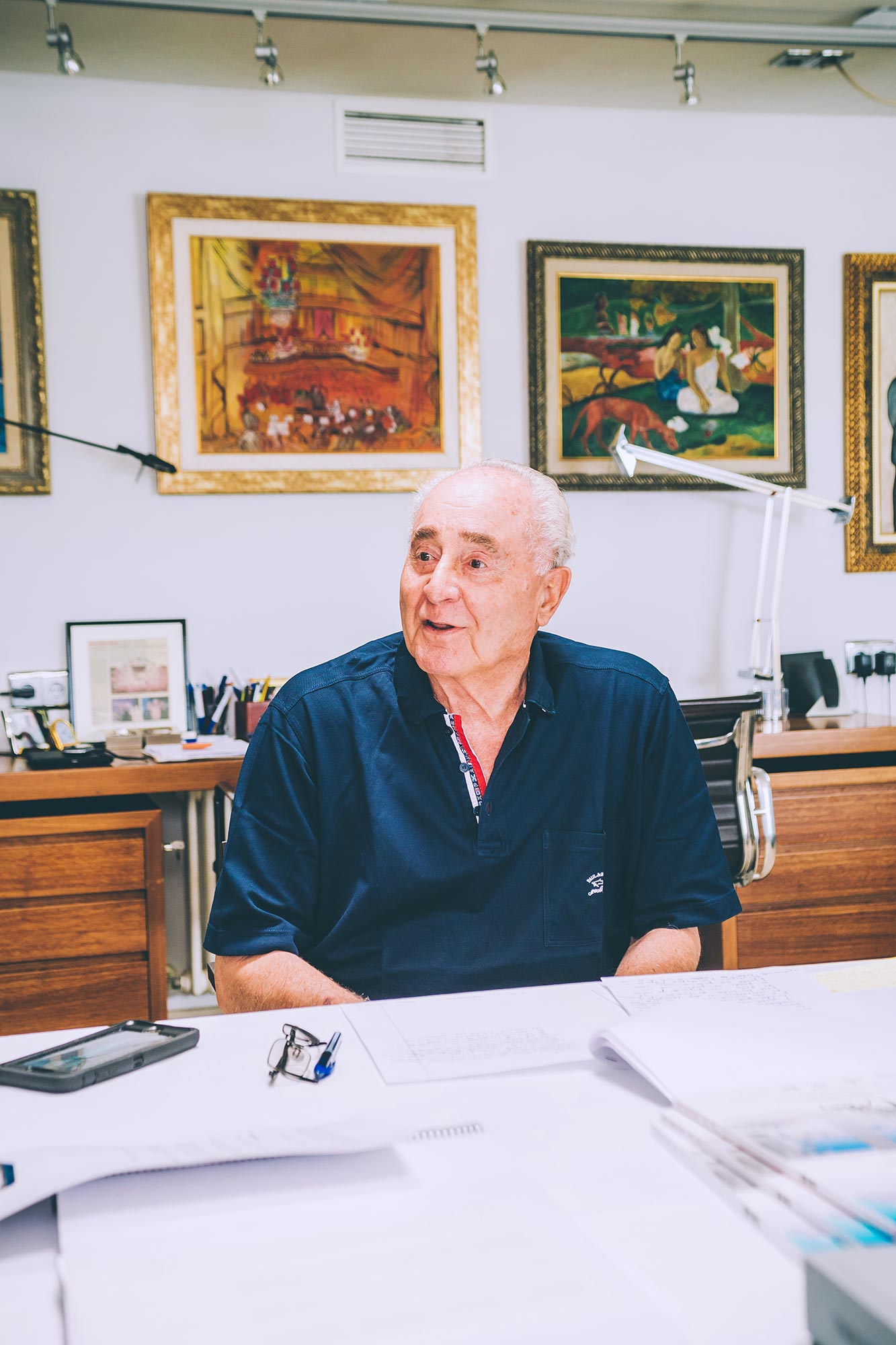 Pepe Roselló faces his last season running Space Ibiza serenely, always demonstrating his good grace and exquisite manners. However, despite that serenity and self-control, Roselló is experiencing one of the most bittersweet moments in his career. The sadness at bringing such an emblematic project to an end is combined with the energy and excitement of making this season a memorable one. “My greatest desire is for us to experience a summer to remember, above all after these 27 years that have been magical. “The story of Space must be stamped upon collective memory”, Roselló states.

The multiple award-winning discotheque in Platja d’en Bossa will bring its 27-year-long career to an end on October 2nd. 27 summers making people happy. 27 seasons of memorable parties with the best DJs in the world. It was a fairy story that looked like it would never end. “I would never have imagined this situation. For me, there was no end and that is the frustration that I feel”, Roselló confesses. He intended to carry on with Space and renew the rental contract on the land that belongs to Grupo Empresas Matutes. “But communication between us broke down long ago and what was intended got mixed up. It’s as simple as that”, he maintains.

Once more, it’s clear that competition in Ibiza, particularly among the discotheques, is ferocious. Now, Ushuaïa (the property of Matutes) continues growing, swallowing up the infrastructure of Space, which will be turned into an additional nightclub, Ushuaïa Night, thus managing to remove his main competitor from the board. “One thing is competition between discotheques and another is competition against a hotel with an open air discotheque inside it”, Roselló points out. “Ushuaïa has got a licence to operate as a hotel and it is allowed to hold open-air parties as a secondary activity. But the truth is that many people come together inside the premises every day to enjoy a public spectacle that has got nothing to do with what a hotel does. It is very difficult to compete against a giant of these characteristics, above all, because they pay 10% in VAT while we pay 21%. I ask myself: is it a discotheque or a hotel? Obviously, what goes on inside Ushuaïa when there is dancing and a show ought to be regarded the same as us. What goes on at Ushuaïa has unbalanced the world of leisure on the island and ought to be regulated; if this doesn’t happen it will bring really serious consequences for Ibiza”, Roselló argues. “The commercial way in which Ushuaïa behaves, absorbing much of the public from early in the afternoon until 12 o’clock at night, has completely destabilised the leisure market on the island. It appears that the politicians do not realise the serious harm and the grave consequences that stem from the economic displacement that is produced throughout the entire market on the island. Big events and artists that go on from early in the afternoon and in the open air; ones that take place unregulated and without any kind of special permission as part of the conflict that the island has been undergoing over the last five years.”

The future of Space Ibiza

Whatever the case may be, the possibility of remaining in Platja d’en Bossa is already a lost battle. For some time now, Space has been declaring that they were looking for somewhere to locate a new project on the island. However, the fact is that there is already one underway: a hotel with a discotheque in San Antonio. “It is an idea that began to be developed two years ago. There is some free land beside Hotel Bahía, where we have designed a magnificent architectural project. This project would give

San Antonio new facilities and improve what it offers to tourists. Hotel Space would be a huge draw for people to spend their holidays in this part of the island. At the moment, the project has, inexplicably, been put on hold by the Town Council in San Antonio, although I hope that we will soon find the way to go ahead”.

So this project may mean a new era for Space in Ibiza. An era in which its greatest ambassador, Carl Cox, would once again be involved. The British DJ was the one who announced in an interview last October that this would be his last year at Space. All sorts of speculations began to circulate when he made his declarations. His future at Ibiza was an unknown…until now. “We have talked and we want to continue working together on the project that I have just mentioned. Carl Cox has had a residency at Space for the last 15 years and he has demonstrated to me his loyalty as well as his love and respect towards his public. For me, he is something more than a great DJ and a friend: he is a tourist ambassador for Ibiza. He loves Ibiza. We have got him here and he will stay here. Ibiza is part of his life and it is his future project. He has got ideas and projects underway that he will combine with his life in Australia”, Roselló declares.

Despite everything, a happy ending

There will be plenty of time to talk about Space’s new era. Let’s let events develop by themselves; now is the moment to emphasise the high points in its history. When he looks back, Roselló is clear about what stands out most: “The freshest, sweetest image that I have are the mornings on the Terrace at Space. Those mornings when from 8 to 10 we used to serve breakfast: croissants, ham and cheese sandwiches, coffee with milk…after which the music started up. The people coming out of the discotheque joined up with others who came fresh, tourists recently arrived from the airport… It was magical! That contrast of characters, of knowing, happy glances was amazing. I will never be able to forget it”, he concludes.

At the beginning of the summer, the IMS dedicated its Legends Dinner to Pepe Roselló for his contribution to the world of dance music. Pete Tong introduced him as “The man who invented the after-hours”. Because the fact is that, as well as innovating by offering morning parties, Roselló also earned his popularity and the goodwill of the clubbers thanks to his famous appearances in the DJ’s booth and his attitude towards VIPs. “I have never been in favour of putting the VIPs in different places to the rest of the public”, he states.

Pepe has been at the heart of things over the 27 years of life of Space and the awards have not come by chance. “The creativity is the result of looking carefully at what the public needs. The public is constantly telling you what it wants; it has guided my professional behaviour. And you always have to work to give them the best”, he reflects.

This would be the perfect occasion to retire, but Pepe Roselló is a passionate fan of music and his work…and he’s not going to do so. “Now I have to open a new window on my life and I hope to enjoy the health and the strength required to be able to achieve my new goals. A new window, with a new spirit…”.

Or what comes to the same thing: a new Space, with a new spirit.

Everything points to the legend staying alive.