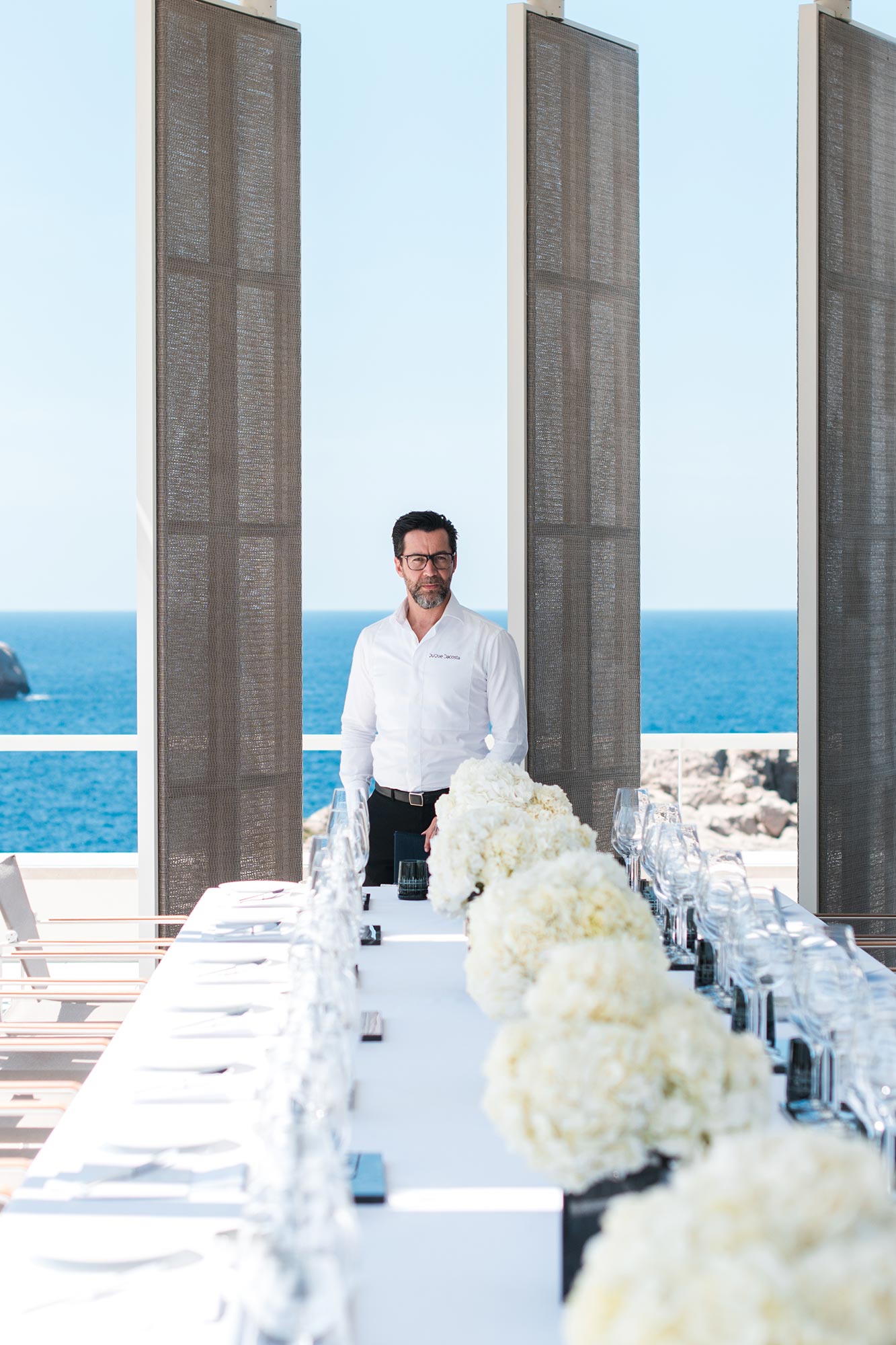 Dom Pérignon hosted a unique event on one of the world’s most inaccessible private islands, Sa Ferragut, owned by Russian billionaire, Mikhail Prokhorov. Thanks to being invited by Quique Dacosta, Ibiza Style had the opportunity to participate in this unique, unrepeatable experience in the north of Ibiza.

Michelin 3 star chef, Quique Dacosta, whose eponymous restaurant in Denia has been ranked among “The World’s 50 Best Restaurants” since 2013, came to Ibiza for the event with the majority of his kitchen crew.  Here he was inspired by the setting of this unique island, creating a six-course tasting menu with produce from the immediate surroundings of the island and Denia, along with which the appropriate vintage champagnes were served.

The extended lunch took place on a warm June day with light sea breezes on the almost 8002 m terrace overlooking the azure bay of Sant Miquel and Benirràs.

The following dishes were served: fish and fish roe cooked in salt; oysters cooked in champagne under a grape carpaccio; a delicate almond turrón; cooked red Ibicencan shrimp accompanied by bleda (beet green) tea; and a risotto-like paella, cooked in a smoked eel stock with cherries and rosemary on it. It was a surprising but convincing creation, which was then immediately outdone by ‘half sun/half shade’ red mullet from the rock. A selection of home-baked breads and olive oil from thousand-year-old olive trees was served with all courses.  Two dessert courses made with flowers and wild strawberries from the island of Sa Ferragut then followed. If the aromas were already impressive in all the previous courses, when it came to the dessert, you could literally taste the fragrance of the flowers on the tongue.

While enjoying these dishes, you could sense the curiosity and infinite creativity behind Quique Dacosta’s cooking –  he personally presented each of his courses brimming with emotion and passion. It was a unique experience that has made us curious to visit Quique Dacosta soon in his restaurant in Denia.