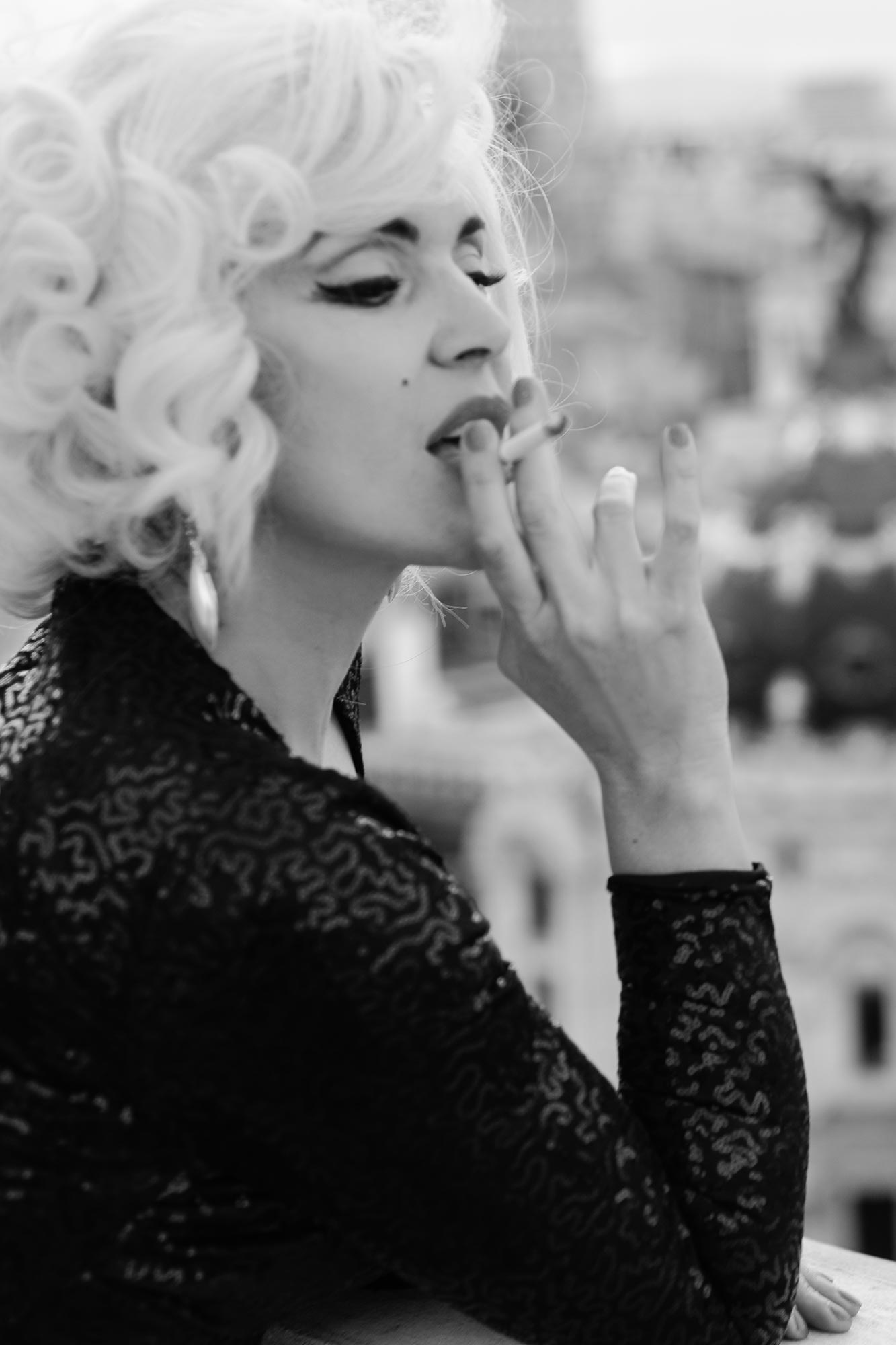 Silvia Superstar – The muse of the new Madrid scene

What is pop? Something light, like coloured popcorn? Pop goes beyond what we understand as pop music. It’s something popular that’s related to art, decoration and aesthetics. It’s an explosion of colour, catchy hooks and simple but effective lyrics. It’s Warhol, Lichtenstein, The Beatles, Coca-Cola, Barbie…

Silvia stepped onto the stage at the beginning of the 90s; first with Aerolineas Federales, then The Killer Barbies, and shared the limelight with the likes of Iggy Pop and The Misfits. Today we can enjoy her with Los Fabulosos, doing versions of some of her favourite songs.

Marilyn used to wear a few drops of Chanel No.5 in bed. Silvia sleeps with Frank Sinatra’s music playing in the background and her Chihuahua Rayito too. And she dreams about…

Silvia says that society has come on a long way since the 50’s up until now but that it’s an era that fascinates her in aesthetic and musical terms.

What’s left of the 50’s today?  And what’s no longer of use to us from that time?

The 50s left us rock’n’roll, great movies, actors and actresses and all the glamour of in that era, glamour that many designers still find inspiration in nowadays. What we have no use for anymore from that time is women’s submissive role.

Life is marvellous, you go up and down like a roller-coaster. Mine would be like a Tarantino film in the purest sense: good music, a good screenplay, charismatic bad guys, and girls with a powerful character and personality.

Take that! Silvia: sweet Killer Barbie. You’ve also made children’s programmes for television. What would you say if someone told you you reminded them of their mother?

Wow! A bit incestuous, no?

Tell me about your favourite dolls

I’ve always had a weakness for Barbie. I remember how when she first came to Spain, she was the first doll I saw that had a woman’s curves, breasts, high heels, sexy clothes and I thought: wow! That’s where we got the name of our band The Killer Barbies from and I adopted her surname Superstar. Afterwards over time I found out about her history and the icon she was worldwide and everything that went on around her.

From Madrid, to heaven…in Ibiza. And from here to eternity?

With Silvia Superstar & Los Fabulosos I’m preparing new songs to launch our record in November. What’s more, I’m setting up a new snack-bar called Juanita Banana that is going to open in September in my beloved Madrid. I’m decorating it and that’s what I enjoy most about these projects. And I’m particularly happy to be getting back together with my band from the 90s, The Killer Barbies,  because it was a very important part of my life and my career.

Silvia: sweet killer Barbie: would you get married in Hawaii and swear eternal love?

Of course I’d get married in Hawaii, in fact I already got married in Las Vegas. As for swearing eternal love…that’s more complicated.