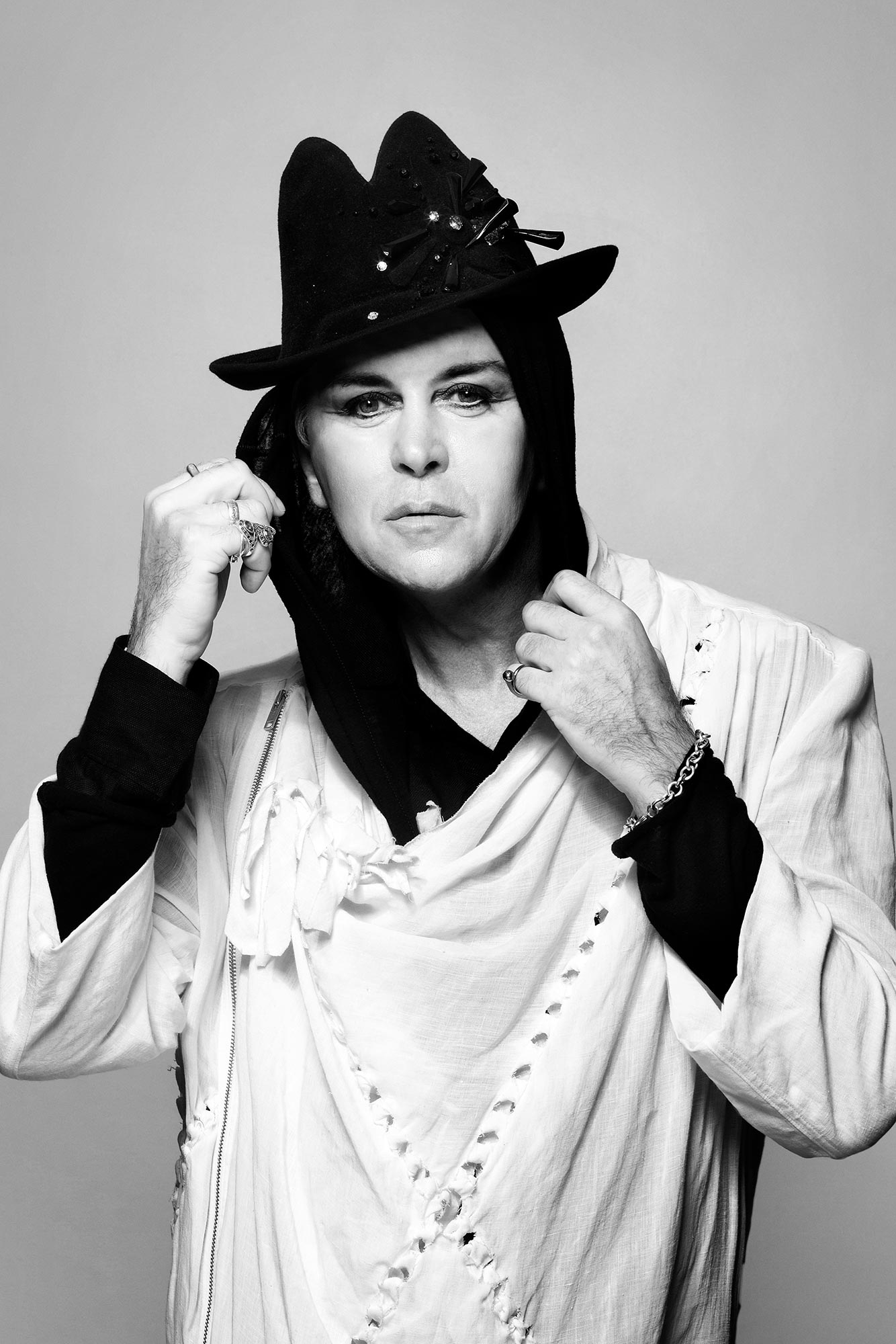 Sometimes there seem to be constellations of stars and planets at the centre of which one man or woman turns into a kind of catalyst, causing the first domino to fall, becoming a magnetic element and providing fuel – Steve Strange, as he later called himself, was one such person. Harrington first saw the light of day in the Welsh town of Newbridge on May 28 1959. At the age of 15 he set out for London. The timing could hardly have been better. No sooner had he set foot in London than he got to know people like Glen Matlock (Sex Pistols) and Billy Idol and hung out in bars with flatmate Rusty Egan.

At first, they partied at Billy’s in Soho. Later, they founded the legendary Blitz club in Covent Garden, and the rest is history. As the DJ, Egan—who also played in the Rich Kids along with Matlock and Midge Ure—was in charge of the store’s electronic sound, the young Boy George worked in the coat room and Strange, the hardest doorman in the city, selected the most colourful figures to inhabit their place. How Steve Strange denied admission to Mick Jagger has long been the stuff of legend. New Romantic was the style of the times. And the pouty-lipped Stone was simply dressed too normally for it.

Strange made it into the charts, too. First, he trudged around as an actor in David Bowie’s video for “Ashes to Ashes”. Later on, with Egan and Ure under the name Visage, he had a massive hit. No.1 in the singles charts in Germany in 1981, “Fade to Grey” became—with its French vocals, floating synth carpet and dry beats, a timeless classic.  After the split, he also moved to Ibiza in the late 80s, where he collaborated with, among others, Queen drummer Roger Taylor, immersed himself in club life again and organised parties, going on to become one of the big names on the booming trance scene. He later cleared off to India. But, however much his path meandered, one thing did remain a tragic constant: Strange fell back into cocaine and heroin use again and again.

Recently, it seemed things were looking up for Strange. As a congenial guest, he appeared on British talk shows, and worked together with the duo Soundcheck. Lately, he had ventured to make a comeback under the name Visage and was already back on tour again. This path came to an abrupt end when, on February 12, Steve Strange died in a hospital in the Egyptian resort of Sharm el-Sheikh as the result of a heart attack.  He was buried in the town of Porthcawl. The whitewashed coffin, covered with designs from his most famous outfits, his trademark hat on top, was borne by former companions the Kemp brothers, Steve Norman from Spandau Ballet and a deeply sad Boy George.