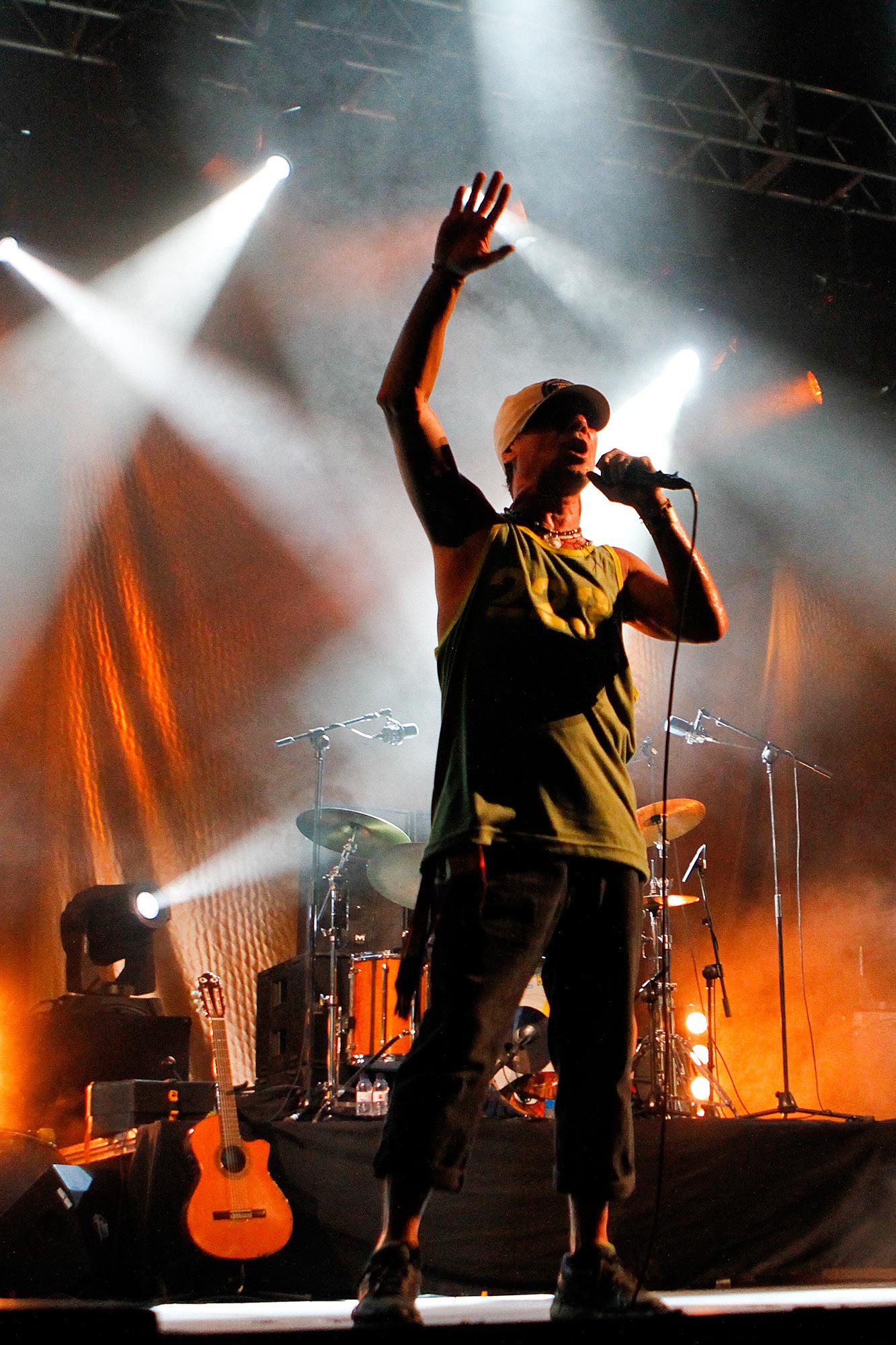 The King of Bongo – Manu Chao

The tickets had sold out days earlier, but that did not prevent masses of fans who did not have one from congregating, all the same, in the bars and surroundings of the wide terraces around Las Dalias, where Manu Chao offered his first concert in Ibiza on May 1st. Very few artists (except the best-known DJs) can claim to provoke such an uproar in Ibiza. San Carlos had literally been taken over by people of all ages and nationalities, who were exuberant in their readiness to spend an unforgettable night beneath an almost full moon, dancing to the sounds of the inventor of patchanka, that original mixture of rock, reggae, punk, ska and rumba that is full of rhythm and happiness.

And by no means did he let the fans down. Manu Chao gave an amazing concert that lasted almost three hours and that included—alongside less well known tracks—the great anthems of both his solo career and his time with Mano Negra such as “Clandestino”, “Welcome to Tijuana”, “King of Bongo”, “Mala Vida” or “Lágrimas de Oro”.

Accompanied by the superb musicians of his band La Ventura, this musical icon brimming with unquenchable energy managed to perform almost an hour of encores for a totally devoted audience who responded with cheers, euphoria and lots of dancing. Nor was there any lack of political protests concerning the students who recently disappeared in Mexico, the death of refugees in the Straits of Gibraltar, the Saharawi people or Monsanto’s genetically modified seeds.

Manu Chao’s performance has been called a “historic” concert; one of those that people will talk about for years to come in Ibiza. It was also the perfect starting gun for the 30th anniversary celebrations of Las Dalias, which once again demonstrated its incredible ability to put on a show and bring together a large number of people.