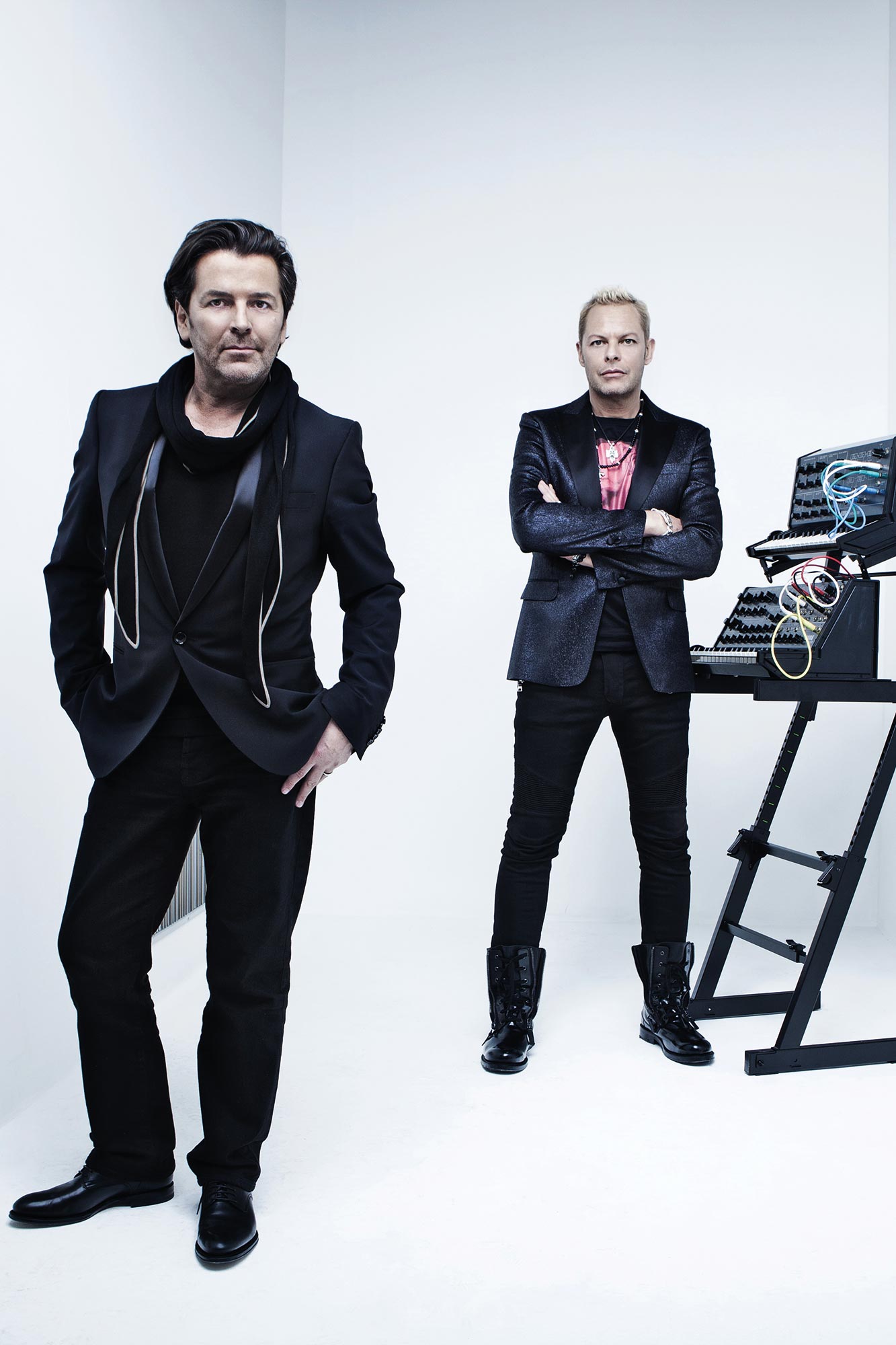 If you didn’t know better, you could scarcely believe it. In the afternoon Thomas Anders should be on the way to Moscow. His mission: an important TV show with more than 20 million viewers as well as a concert with over 5,000 spectators. A few hours earlier the singer was chatting away as if the afternoon was no more than a spot of shopping and meeting up for coffee with friends on the program. Maybe it’s the routine, or rather the experience of a dozen guest performances in the Russian capital where people recognise Anders on the street and ask him for his autograph or if they can take a snapshot with him that make the singer seem so relaxed.

And last but not least the years at Dieter Bohlen’s side, when the two made German pop history together as the duo Modern Talking. And while such hits as “You’re My Heart, You’re my Soul” and “TV Makes the Superstar” still remain fresh in the global memory, the former companions have long since conquered new territory over the past decade. While Bohlen has been presiding over “Deutschland sucht den Superstar” (“Germany has talent”) in the face of dwindling ratings trying to make headway against the end of a casting age, Thomas Anders has been getting a veritable solo career off the ground. Concerts all around the world, gala performances, radio shows, fan-days – just peeking at his schedule is enough to make you dizzy. The mention of it wrings a smile from the native of Mörzer. This is one relaxed guy. And there’s definitely a reason for this, too: his second home on the island of Ibiza. And that’s where the love affair didn’t quite get off on the right footing.

One summer way back in the 80s, Anders landed in Ibiza for the first time. “It was raining. It wasn’t anything like I’d expected. Many of the guests were getting on a bit in years; I didn’t hit it off with them at all” he recalls, looking down at his feet in the same breath. “Nowadays, of course, I see it in a completely different light. It’s not that the others were too old, but that I was just too young.” As someone in their early twenties in the über-beautiful Hotel Na Xamena – it just didn’t match. At that time. One and a half decades later, we write down 1999, the story took a new turn. Anders and his wife were invited to stay at a friend’s. All of a sudden, when it came to Ibiza things really clicked. The two of them were to travel to the island more than five times in that year alone. “We were completely enamoured!” says the singer.

And it was an infatuation with repercussions: it’s but a tiny step from taking half a dozen short trips to the idea of buying a home. The chilled-out nature of the island, the easy-going daily life – you get to know people here who make it easy for you to slot in. The basis for a future here had to be well founded. Nonetheless, the search for a home went on and on. “Today, of course, I know how things here have to go at their own pace” says Thomas Anders. At that time “I felt like I was in a parallel universe.” Homes without electricity or without heating. Others with defective cabling and leaking hot tubs. And to cap it all: unreliable sellers. No less than three whole years had to elapse before he found it. By 2002 the family had grown: the clan now had a son. The idea of ​​a house had almost receded into the background when things suddenly took a step forward. “We were sitting at the breakfast table, reading the newspaper. An ad caught our eye. French country house in Can Rimbau” recalls Anders. After that, everything moved at great speed.

They went to see it and liked it. Their gut feelings didn’t deceive them. The Anders still live in this house today. And they still like it. In the beginning, the three of them were spending up to four months a year on the island; nowadays it’s still an average of six weeks.

He got accustomed to it long ago. He adores the finer things of the island and tolerates those which perhaps are not quite so optimal or rather, unusual habits in local cooperation. Thomas Anders doesn’t miss artistic cliques or the like at all. In Germany, the artist’s home base is in the more reflective locality of Koblenz. And in Ibiza, too, things can quieten down. There’s coffee with his fellow singer Sandra. He sees Ralph Morgenstern on occasions, as well as Gaby Köster. That is already often enough. “I always need some distance”. Anders sees things clearly. “I like self-sufficiency.” His credo for his second residence under Ibiza’s sunny skies hasn’t changed in over ten years: “Enjoy the island.” Mission accomplished.

Thomas Anders on his favourite restaurants:

BOX 7 Marina Botafoch
Breakfast you can put together yourself. Always fresh, always delicious.

OCEAN DRIVE Marina Botafoch
A small buffet but it’s got all you need for breakfast.

JIMMY’S Coco Beach / Playa d’en Bossa
Has established itself as one of the best restaurants on the island over recent years.
An ideal beach for families.

Marina Ibiza CALMA
Behind Lio nightclub, right on the waterfront in the harbour.
Spanish cuisine, fine service and wonderful views of the old town.