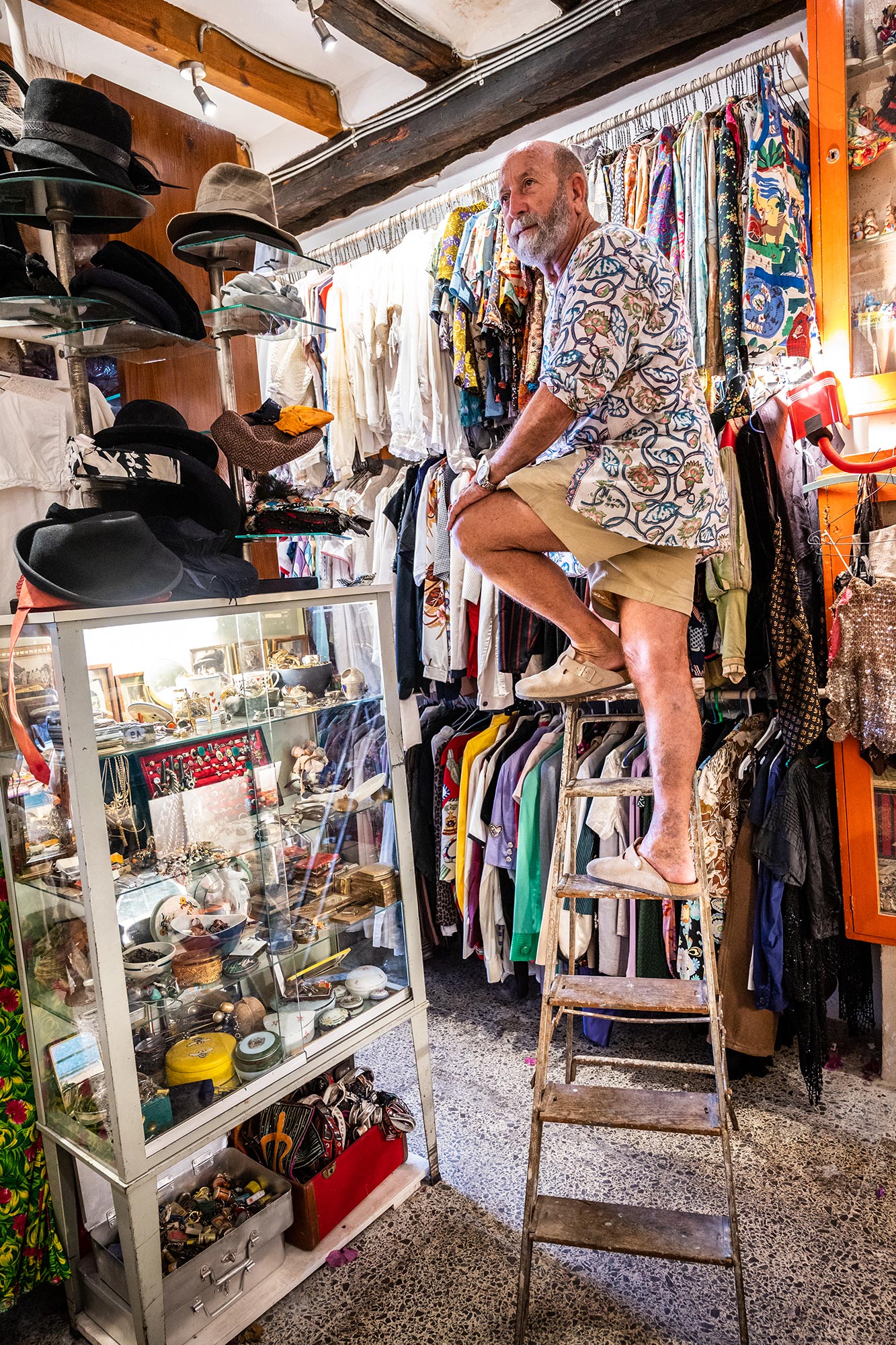 The chamfered corner where Vicente Ganesha’s shop is located is probably one of the most photographed corners of the Ibizan neighbourhood of La Mar- ina. A spectacular bougainvillea full of flowers attracts the gaze of passers-by, most of whom can’t help but stop to take a photo under the colourful canopy of its branches. The bougainvillea was planted by Vicente Hernández Zaragoza 30 years ago, when he opened the shop that would make him famous among the national and international models, designers and celebrities who visit him in search of his colourful clothes and vintage treasures.
“Isn’t it beautiful? Having planted it is one of the things I’m most proud of in my life,” says this Alicante native whose story begins like that of so many of the island’s legendary characters: he arrived in 1973 to spend a summer and stayed in Ibiza forever.
This summer you are celebrating: your shop is 30 years old. How did it all begin?
At that time, I was working at The End, the best multi-brand shop on the island. But I got tired of working for others and in 1992 I opened my own Vicente Ganesha. I started from scratch. I didn’t know if I would do well or badly. In winter, I travelled to India and I would look for beautiful hand-printed fabrics for the dresses, shirts and trousers I would sell the following season. The same as now. 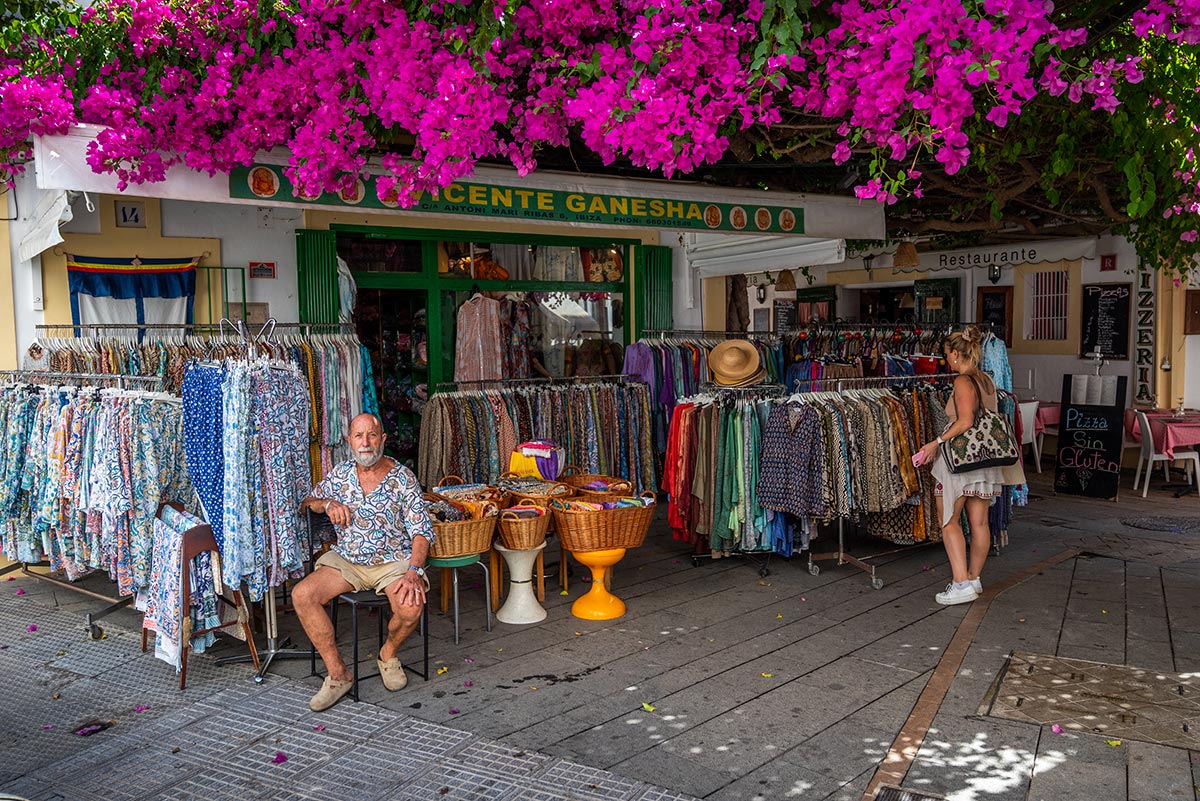 Why Ganesha?
He is the most worshipped god in the Hindu pantheon. I chose him to help me because he is the patron of arts, sciences and abundance. And also of impossible things: he helps people who need a push. In Hindu mythology, Ganesha is the son of Shiva and Parvati. Tradition has it that Parvati, who did not know he was her son, cuts off Ganesha’s head in a quarrel. Seeing the great desolation felt by the mother, he promises her that he will replace her head with the head of the first living being that passes in front of the door, which was an elephant. That is why it is represented with a human body, but with the head of this animal. And well, it certainly helped me.

And now it is an obligatory stop for celebrities: Kate Moss, Cher, Olivia Palermo, Naomi Campbell, Armani, Jon Kortajarena…
Every summer I have visits from fashion lovers who are interested in my selection of garments. The ones I have or have had the most contact with are Jade Jagger, Valentino, Etro, Peter Lindbergh. Also Gala González, who is wonderful, and Giovanna Battaglia, the creative director of Swarovski. I like it when people look at a particular piece and admire it. That’s a good moment to start a conversation. But I am the antithesis of my surroundings.

What do you mean by that?
I’m a normal person who eats from his work, a person who has found his footing in life, who likes the way he lives and not the fact of obsessing about having a house and then losing it. I bought my house when I could, and it’s simple. I like to live quietly.

Sounds simple…
If you set a goal, you will never reach it. If you don’t set it, you will be fine and happy with your present. This is what I do. I like to live what I like and not to be dependent on others. I am a fluid person.

Going back to the beginning of it all, what brought you to Ibiza?
I spent the summer selling second-hand clothes. In ’73 I had come from Paris, where I sold furniture at the Flea Market, and from London, a city where I enjoyed the freedom of “Swinging London”, and in Ibiza I found the light, a wonderful light; with the dogs in the street, the hippies’ clothes, the dances, the freedom, the philosophical reality of the moment. It was idyllic. That’s what made me stay here forever. I plan to die here.

For you, the 70s were…
Being able to live large with little.

And the ’80s?
Another fabulous decade. Having fun every day in the summer until 4 a.m. or more. And the wonderful mix in the KU, everyone sitting on the same level, the stars and the ordinary people together. Nobody was dazzled by the celebrities and they were at ease. We were all equal. And it was fantastic.

Were the 90s just as much fun?
For me it was a revival, opening the shop and starting from scratch. And planting the bougainvillea, which I’m so proud of.

But you still like Ibiza today, don’t you?
Of course, of course. I have no desire to disappear from here; I want to die on the island. It’s my heaven. Besides, there are still people with power and dynamism who come to Ibiza for its artistic personality, for its culture, for the different things they can find here, for the always open mentality? The island still has an inspiring energy; there are still people who look at it with those eyes.

Do you miss the old Ibiza?
I’m all about looking at the present. The past has brought us to this moment. Ibiza is better than ever, and that’s the best I can have. I will always speak well of Ibiza because it is the city that has welcomed me, the one that has made me happy, the one that has given me sadness? For me it is everything. There will always be a new Ibiza for a new Phoenician who arrives to do something different.
Today, where do you find the Ibiza of yesteryear?
At 8 o’clock in the morning in Cala Pluma. The island we remember can be found if you look for it at the wrong time. And there are still wonderful people.
What’s your favourite spot on Ibiza?
Calle de la Virgen, the old port, Dalt Vila, El Chiringuito Chiringay… I also like to cycle to the Sal Rossa tower and escape to Formentera out of season.

Vicente’s Ibiza is…
A beach: Es Cavallet.
A drink: In Calle de la Virgen
A dinner: Las Dos Lunas
A meal: Bar San Juan
A walk: El Soto
A night that goes on and on: at my house (laughs) A cold beer: at Hostal El Parque
The next shop after going to Vicente Ganesha: Ibiza Bagus, in Calle del Mar. 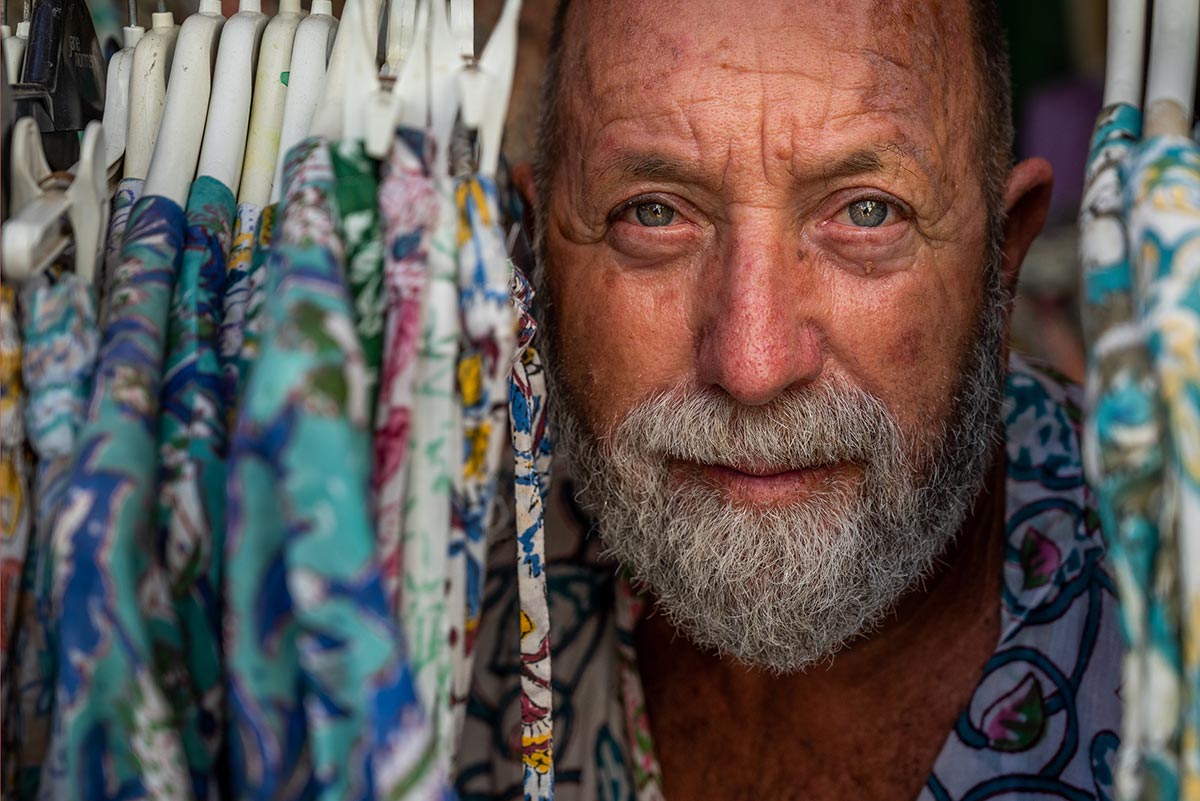