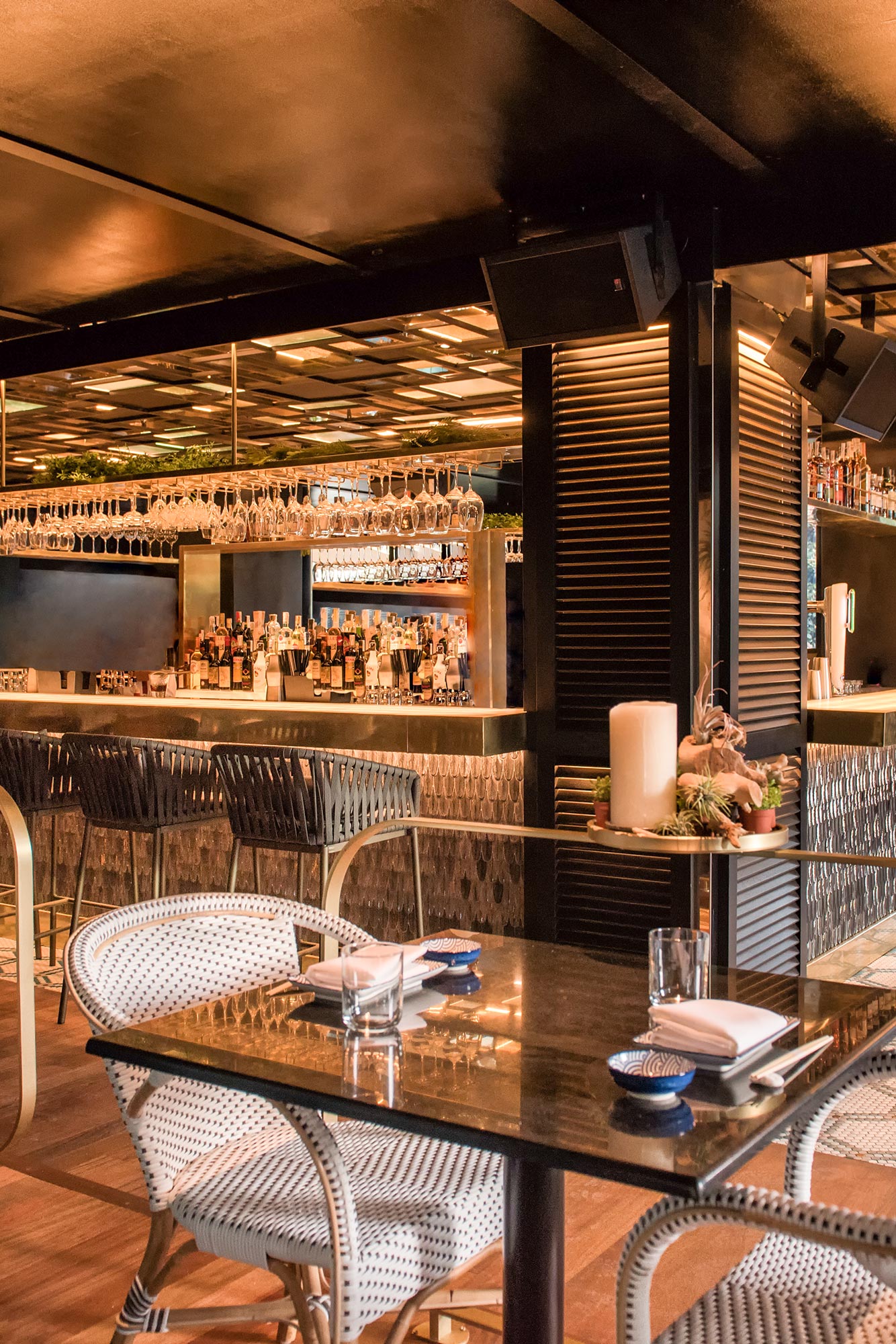 ZELA, from Grupo Mabel Capital, is a new restaurant in Ibiza where you will find the most exquisite Japanese-Mediterranean fusion cuisine under the direction of Ricardo Sanz, Chief Executive of the famous Kabuki and the possessor of four Michelin stars. Behind the project are the founders of TATEL, Abel Matutes Prats and Manuel Campos Guallar, along with some illustrious partners including Rafa Nadal, Pau Gasol and Enrique Iglesias.

Located in the yachting marina zone made up of Marina Botafoch and Marina Nueva, and very close to iconic venues such as Pacha and Lío, ZELA is an exuberant, light-filled space that is decorated along colonial-Asian lines. It has a cocktail bar, a sushi bar, three private rooms, two nice terraces, a secret garden and a DJ booth.

On its menu, you will be able to find some of Kabuki’s great gastronomic successes including butterfish nigiri with truffles or made of eggs with truffles, starred tuna tartar or bull’s meat usuzukuri, pa amb tomàquet, dim sum, baozi and mini hamburgers, in addition to tasty dishes made with Japanese Wagyu beef (grade A5 Plus, the highest quality there is). Ricardo Sanz himself says of the menu at ZELA: “I wanted it to include some dishes that form part of my culinary identity: that which has been called Kabuki cuisine”. Nonetheless, the chef admits that, in the kitchen of his restaurant in Ibiza, there is a more general Asian influence that also includes Chinese, Philippine or Thai specialities such as a version of Peking duck that is cooked with five spices at low temperature and griddled foie.

Overall, the dishes are prepared using local organic produce, and, as is customary at all Kabuki establishments, adaptations of typical dishes from the area are presented. Here in Ibiza, for example, you will be able to eat an exquisite, slightly piquant ramen made with lobster stock and fresh noodles or dishes made with one of the Ibicencans’ favourite fishes, sirvia, which, for Sanz, is very similar to hamachi, one of his favourite fishes. When ordering sushi, bear in mind that you also have the option of asking for omakase, leaving what you are going to sample up to the chef’s criteria according to the quality of the produce available to him on that day, one of the distinctive trademarks that have made Kabuki famous. What is more, there is an exclusive “caviar zone” with special dishes based on this luxury foodstuff such as toasted bread with seaweed, marrow and caviar, nigiri egg caviar or four oysters with a tin of caviar.

Other key attributes of ZELA are its firm commitment to cocktails and a well-chosen range of sakes that includes the bubbly variety that is so fashionable now and nigori (unfiltered sake). Furthermore, there is a fantastic programme of live music this summer that means you can enjoy unforgettable evenings, staying on after the exquisite dinner to enjoy dancing, partying and drinks well into the early hours of the morning.