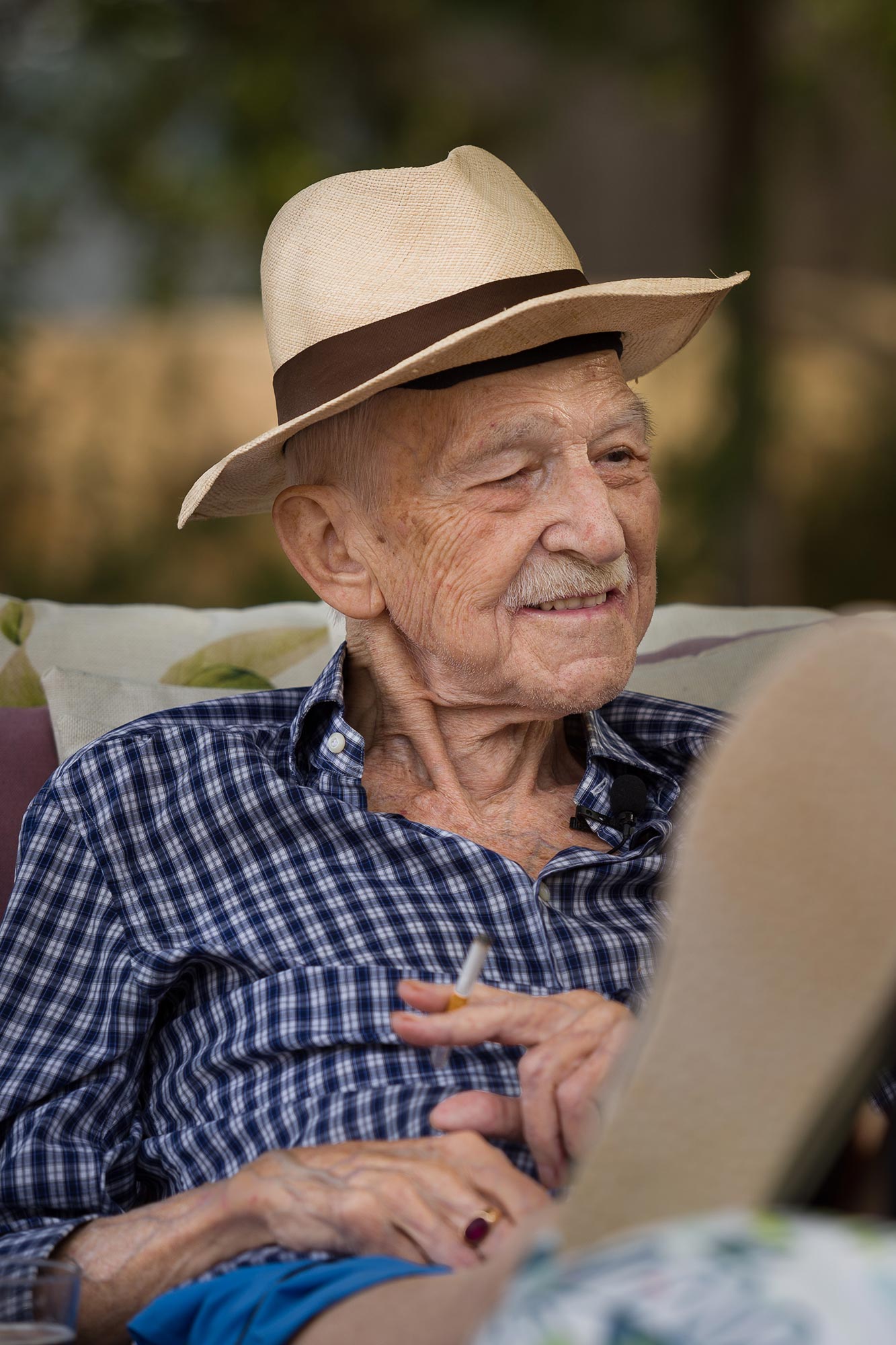 Antonio Escohotado – In blood and fire in defence of Ibiza

He settled in a cabin in Pou des Lleó that soon became a place of pilgrimage for writers, journalists, university professors, youtubers, bartenders, UN translators, politicians, actresses, tycoons, junkies, arms dealers, traffickers, drug dealers, builders and volcanologists. This diverse cocktail of people (Diversità delle creature, sirena del mondo) were hungry for wisdom or magic through personal contact with this man, who was a generous shaman when it came to sharing his knowledge of life.

The journalist Ricardo F. Colmenero explains it all in The Penultimate Days of Escohotado, a book that collects his talks during nine months in Ibiza. The book is bright, funny and very revolutionary against the dry bullshit of the dictatorship of the lowest common denominator that political correctness wants to impose. It talks about Dionysian mysteries, Eleusinian mysteries, Argentine ordeals (the philosopher almost fell out with Maradona) the politicians who try to suck people dry, described as carpetbaggers and upstarters, and the suicidal invasions of the Wild Bunch of Peckinpah to liberate the Silk Road, searching for knowledge as the path to happiness…The sincere and brave Escohotado never swallowed political correctness, of course, not even in times of viral totalitarianism, saying, “The epidemic’s political gain is to increase control, which is the internal logic of political power.”

A professor of Philosophy, Law and Sociology at the University of Madrid, essayist, psychonaut, lover of the pleasures of Aphrodite and the fruits of Dionysos, seducer and passionate conversationalist, his most wide reaching work is the General History of Drugs. This was written in jail; a reference for psychiatrists, pharmacists and consumers around the planet, journeying through all cultures. Also well known are his Harlots and Wives, The Spirit of Comedy, Portrait of a Rake or the monumental The Enemies of Commerce.

Escohotado came to Ibiza “in search of adventure” in 1970 and lived here for fourteen years, more freak than hippie, in a house in the countryside near San José, without electricity or running water. He earned money with his translations of Newton, Hobbes, Joyce, Celine, Faulkner and Cioran… and plunged into the pleasant flow of the island with its beauties and stimulants. “The sexual revolution was underway here, in my opinion the only valid, lasting and just revolution. It was very satisfying to be able to contribute because it was the kind of revolution that was done with absolute pleasure.” In such a way he was able fulfill his maxim: “The only activities worthy of human beings are studying and fornicating”.

He also founded the Amnesia nightclub, an open-air country house, with a bar and live music, a veritable dream of Sex & Drugs & Rock `n` Roll. “I wanted to prolong the existence of Earth, which was a great bar.” Many years later he returned once again to this mythical nightclub, but what he saw seemed “infernal”.

“The crusade against drugs has had and has the same effect as the crusade against witches,” says the philosopher who supports the legalization of drugs, fed up with so much hypocrisy. He knows very well what he is talking about, because he began to experiment, as if he were a guinea pig, in the Ibizan social laboratory, in the purest style of the Sufi poet Hafiz: “I fear that when the dawn rises, on the day of the resurrection, it will be the crime of your abstinence, and not my Bacchic pleasure”.

The Greco-Roman culture thought that drugs were neutral spirits. And Escohotado, spiritual son of Albert Hofmann, agrees: “There are no good and bad drugs, but sensible or foolish uses for them.” In them he seeks knowledge, himself accepting responsibility: “The reason for taking drugs is to know yourself. You have to take them loving yourself, respecting yourself and, of course, respecting others”.

Discover the fact that magic, pharmacy, religion go hand in hand: “The great visionary drugs are the origin of almost all religions on Earth, because originally, eating and drinking the god, eating the host, is always eating a psychoactive host” .

A rebellious philosopher, he especially admires Heraclitus, Aristotle, Spinoza and Hegel, as well as Freud and Einstein, Prigogine and Mandelbrot. Always classical, he recommends: “There are three conditions of the sage: nothing in excess, do not ask for the impossible and know yourself”.

Escohotado despises the fanatics, exposes the hypocrites and can’t stand being victimized. He affirms that learning is enjoying changing one’s mind and that the most powerful drug is the thought: “Fear is cured with freedom and knowledge repels servitude.”

A few months before his death on his beloved Ibiza, he confessed to Ricardo F. Colmenero: “What interests me is to live my life with self-love and leave it with elegance.” A figure of genius.