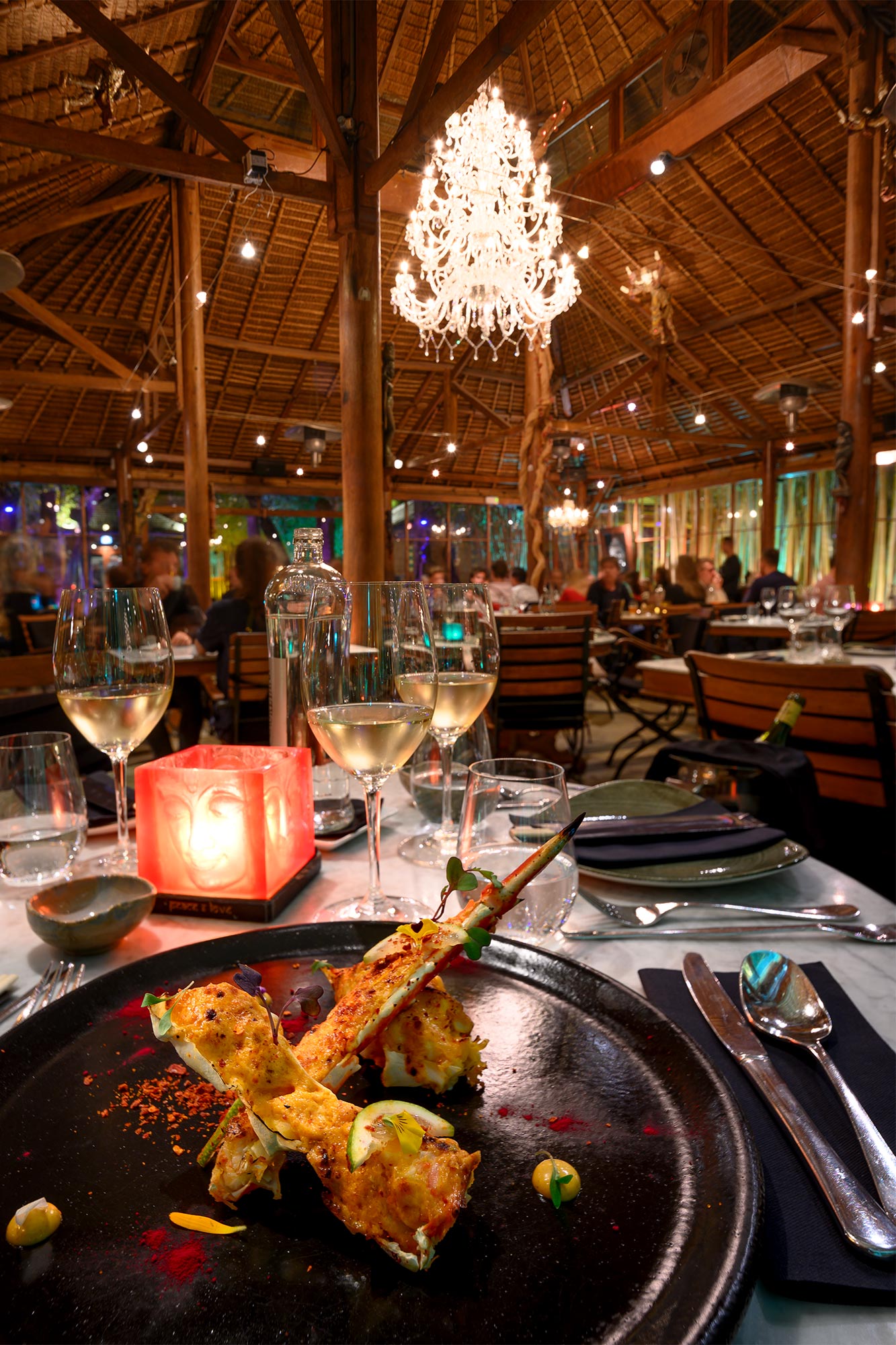 When one thinks of fine dining in Ibiza, the scene is truly diverse, different and daring, with more and more new restaurants throwing open their doors each year, offering innovative and unusual cuisines from across the globe, using gimmicks, outrageous decor and inventive menus to attract the notoriously fickle set of visitors and island residents alike who dine and drink each year. However, it is rare that many of these new ventures have what it takes to stand the test of time on an island so full of spirit and adventure.

One exception to this rule is the simply iconic dining destination Bambuddha, which this years celebrates a mighty and majestic 20 years of offering the people of Ibiza their very own, truly unique MediterrAsian cuisine, a description which was given to their very inimitable style of food by founder johnmoon, and has since gone on to be copied, but most certainly never equalled, by venues across the world. Bambuddha, a place where the unusual is not only embraced but encouraged, personifies the ‘anything goes’ attitude of this island which we live, laugh and love on.

No one who has, or will in future visit the Temple which houses Bambuddha will ever forget their experience, here, johnmoon began the legacy in 1999, and coined the now infamous phrase, ‘The Black Sheep Tribe’ for those mavericks, radical, reckless and unconventional dissidents who made up the initial clientele in Bambuddha early days.

Over the years, the restaurant has withstood the challenges of time, facing the ups and downs, highs and lows which Ibiza throws at all of us who reside on her hallowed lands, and has continued to reinvent herself as a leading light in the culinary scene of the island, with both loyal customers who return year upon year to enjoy the inimitable atmosphere, as well as new visitors who are welcomed and drawn in by the magic which only Bambuddha can offer.

In 2017 johnmoon handed over the reins to his son Jonjon who now has the pride of guiding the restaurant into her 20th year, a true achievement, and one he is clearly proud of, proving that Bambuddha is very much a family affair.

As we enter this milestone year, the menu at Bambuddha is unchanged, yet still boasts some of the most innovative and divine dishes to be found anywhere on the island. To name just two, which are indeed amongst the most popular choices, we dined on the Alaskan Crab, a signature dish, inspired by travels to Kowloon in Hong Kong, that resulted in this delectable combination of succulent crab claws, roasted in Tobanjan paste which has a fiery, feisty flavour. Served with a fresh lime which brings out the flavours to perfection, it’s no surprise that this is a dish which has become a repeated request.

Embracing our inner carnivore, we turned our attention the Fusion BBQ Wagyu, with these slices of Korean marinated organic beef so moist and cooked to perfection that they simply melt in the mouth. The meat has been slowly smoked in traditional American barrel style, using local woods to achieve the unmistakable aroma and flavour.

The food and infamous cocktail menu at Bambuddha reflect the diversity of the restaurant itself, and the sensuality which the venue exudes at every point, from the covered Temple dining area to the inviting Balinese beds which simply beg to be lounged upon after indulging in a divine dinner.

We at Ibiza Style have been Bambuddha devotees for the last 20 years, and raise our glass to Jonjon and his team as they enter their next decadent decade, which will no doubt offer the same unrivalled standards of food, service, and excellence.