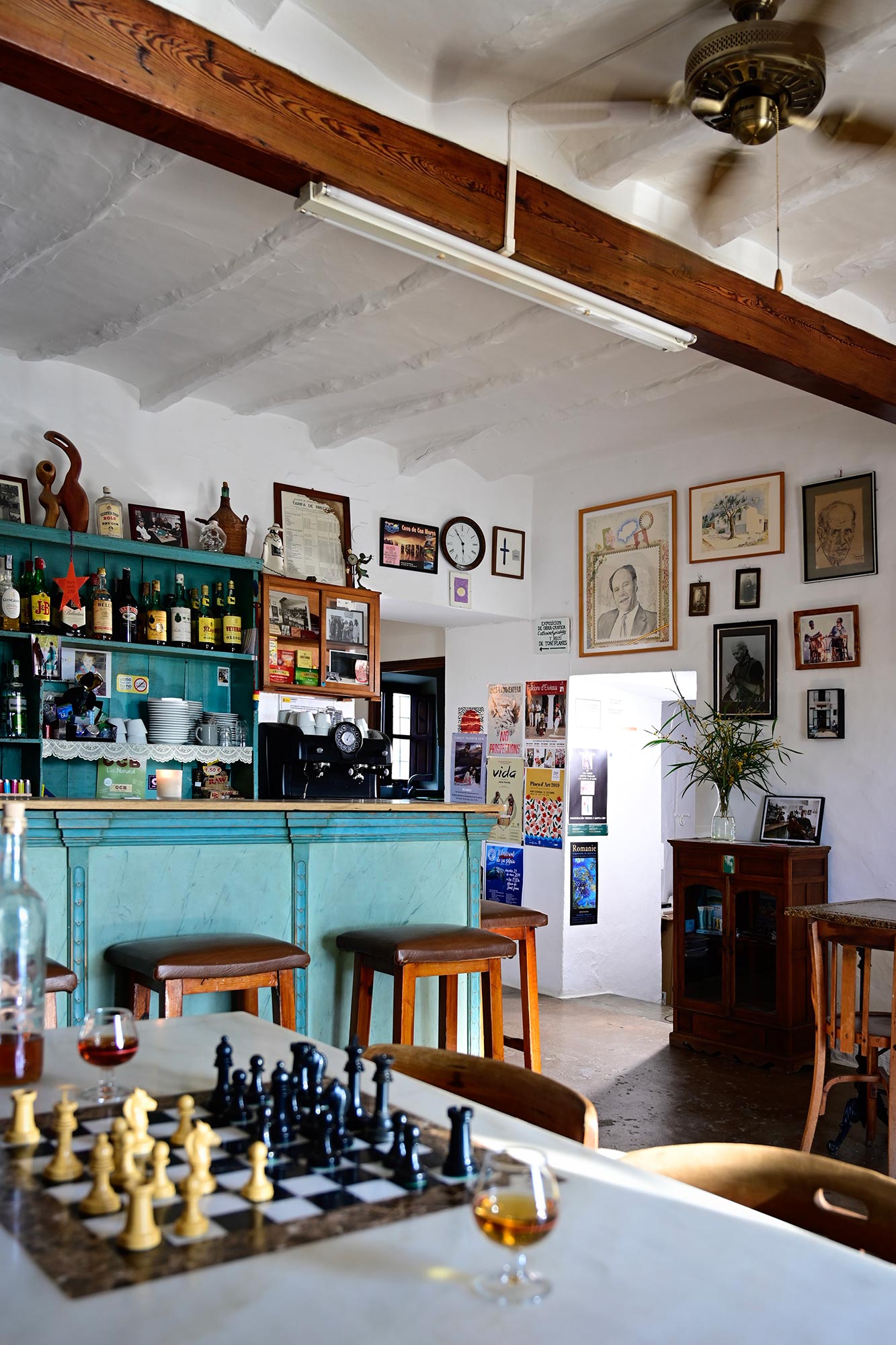 There exists in Ibiza a place which has remained practically the same as it was 100 years ago. On the hill leading up to Puig de Missa in San Miguel, beside a beautiful fortified church, Can Xicu de sa Torre is a bar come tobacconist’s, one of those places which seems to observe the passage of time without interruption. It’s a charm-filled place that emits a sense of calm, almost impossible to find in Ibiza today.

“Even though it may appear almost impossible to believe, when I was young, San Miguel was really a fashionable place, on Saturdays, people came here to have their first drink, the bars were packed and there were dances for older people”, Tita Planells, the venue’s owner, tells us. The place has always been in the hands of her family and, two years ago, she took over from her sister, Cati, who in her turn had taken up the baton from her mother some years before in order to continue the legacy. For them, it is something “almost sacred”, and that is why they have made such an effort to maintain the venue’s true identity. As far as they remember back through their family history, the shop has been open for almost 130 years. It began with their grandparents’ godfather, who then handed it on to them. Later, it was run by their mother’s uncle, Xicu, from whom it got its name and who, whether it was because of his vision or austerity, created the original essence that it still conserves today .

During the times of Tita’s grandparents, the bar was the epicentre of the village’s social life. On Saturdays, even the Justice of the Peace used to drop in and it was also the location of the first branch of Banca March. In times of scarcity, when the men of the island emigrated to Cuba or Algeria, their grandfather was the person in charge of reading and responding to the letters that they sent there to their wives, most of whom were illiterate, as this was the local ‘post office’. They also held the key to the cemetery, and the priest gave their grandparents an enormous almond milk which still exists today. When it was time to prepare the salsa de nadal, a Christmas sweet that is typical in Ibiza, the entire village used to come with their little sacks of almonds to mill them one by one, “for free, of course”, Tita points out, and naturally, they used to stay around to have a drink in the bar.

In later years, the hippies began to frequent the place to pick up the money orders that their well-heeled families sent from all over Europe. It is from that era that the bar gained the faithful following of the mixture of diverse people and cultures which arrived, attracted by its unique tranquillity. You will find no music here, except when someone sets up an improvised concert, and there is only one table outside where people sit to have a long, relaxed conversation, or play backgammon with strangers. Everyone talks to everyone else just like Ibiza used to be.

During the Civil War, the Valencian painter, Amadeo Roca, spent a long time hiding in a well for fear of being imprisoned. Every night, he used to come out of his hiding-hole and go to the bar, where the grandparents used to give him dinner. Various paintings by the artist still decorate the walls as a testimony to that friendship. Villangómez, probably the most famous literary figure in Ibiza, spent five years as a teacher at the San Miguel school and used to go to the bar every night to play cards. As a reminder of the era that he always considered to be the most inspirational in his career, a statue of the poet still stands in front of Can Xicu.

The place has a small museum of traditional instruments and old photographs in its interior. This is because Tita’s father always had a passion for folklore and, also, with the priest’s help, he created the demonstration of baile payés (farmers’ dances) which has taken place each Thursday in the Church of San Miguel for the past 40 years. Sadly,the only thing you can no longer find here are the famous hierbas ibicencas that Cati Planells (and her mother and grandparents) used to prepare following a secret recipe. In spite of its success, they stopped making this around two years ago in order to avoid problems with the increase in health and safety controls. Irrespective of that, we highly recommend a visit to this most traditional of places which is a fitting tribute to an age of an Ibiza gone by which has been almost extinguished today.