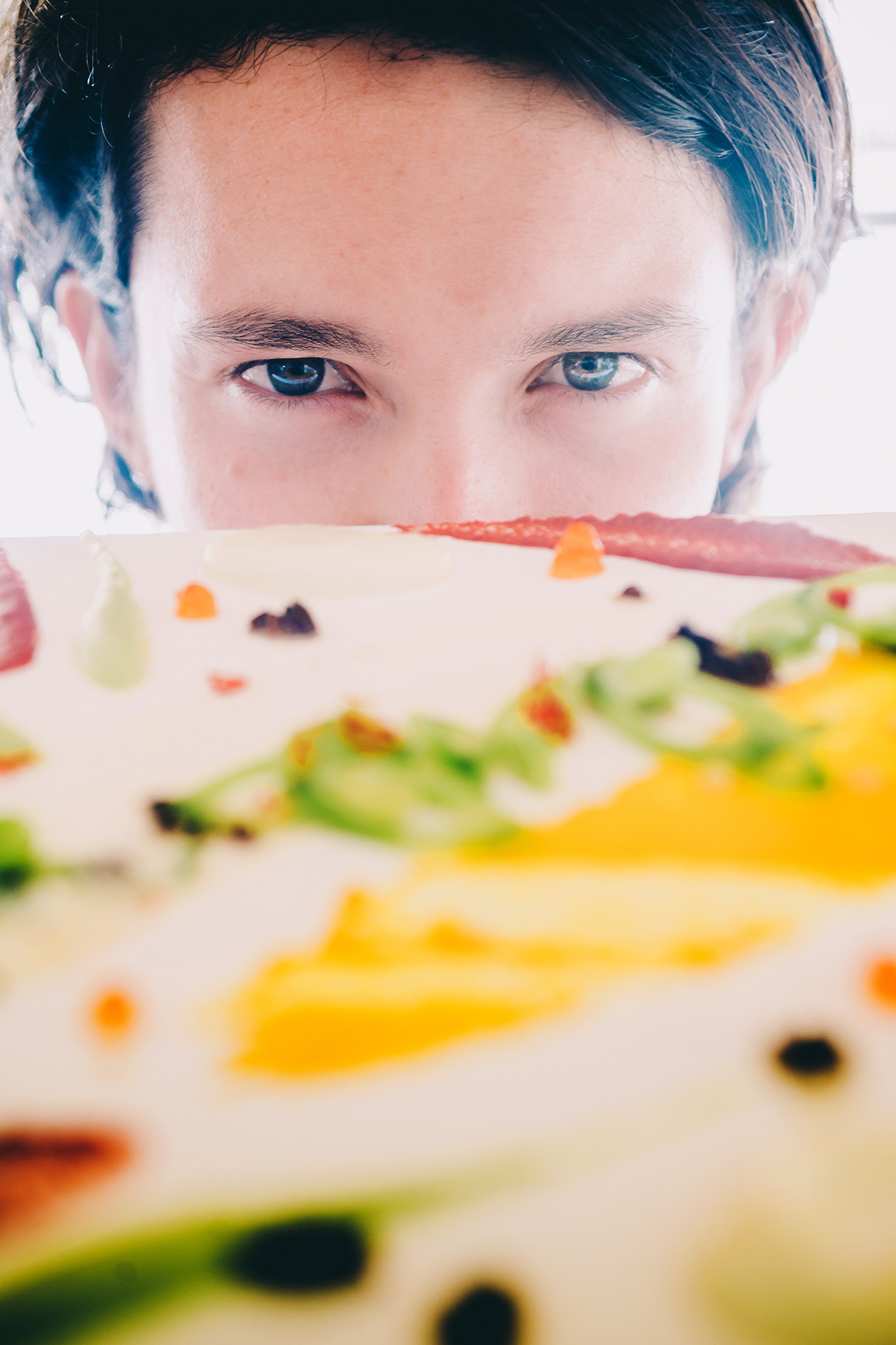 Charles Michel is an innovative and inspirational Franco-Colombian professional chef who studied at the ‘Institut Paul Bocuse’ cookery school in Lyon, France in 2006 after which he worked in  several Michelin star restaurants, which, he tells us, was almost like a military training very technically demanding, learning  skill & precision. After 3 years he returned to Colombia started looking at the potential of Latin American products and culture and the effect they could have on his cooking, and after a few years he met a professor from Oxford, Charles Spence, who gave him ideas of how to use sensory science and brain science to inspire and experiment how food affects our senses. This stemmed from his idea to create a salad, which was presented as a painting by Kandinsky. Moving to Oxford University, together they began to research the impact of visual aesthetics has on flavour perception, and in fact, he was supposed to be there only a couple of months but is now in his third years as the chef in residence at the Experimental Psychology Department, working together with Professor Spence on extensive research into food aesthetics and also applying this research to different topics in general.

During his time at Oxford he has gained a greater understanding of how the mind perceives beauty and meaning by integrating information from all the senses. He tells us that those insights can be applied to different types of experiences, not just food. Away from the university, he has other current projects include creating a brand of eating utensils, using a new paradigm of design, allowing is to begin rethinking the way in which we relate to food with the utensils we actually eat it with, getting rid of the fork as an example, and how using different materials can enhance the pleasure of the food. Charles explains that he is very interested in going above and beyond the restaurant setting to find other platforms explore the power of food and to convey your wellbeing, going beyond the sheer pleasure of eating. 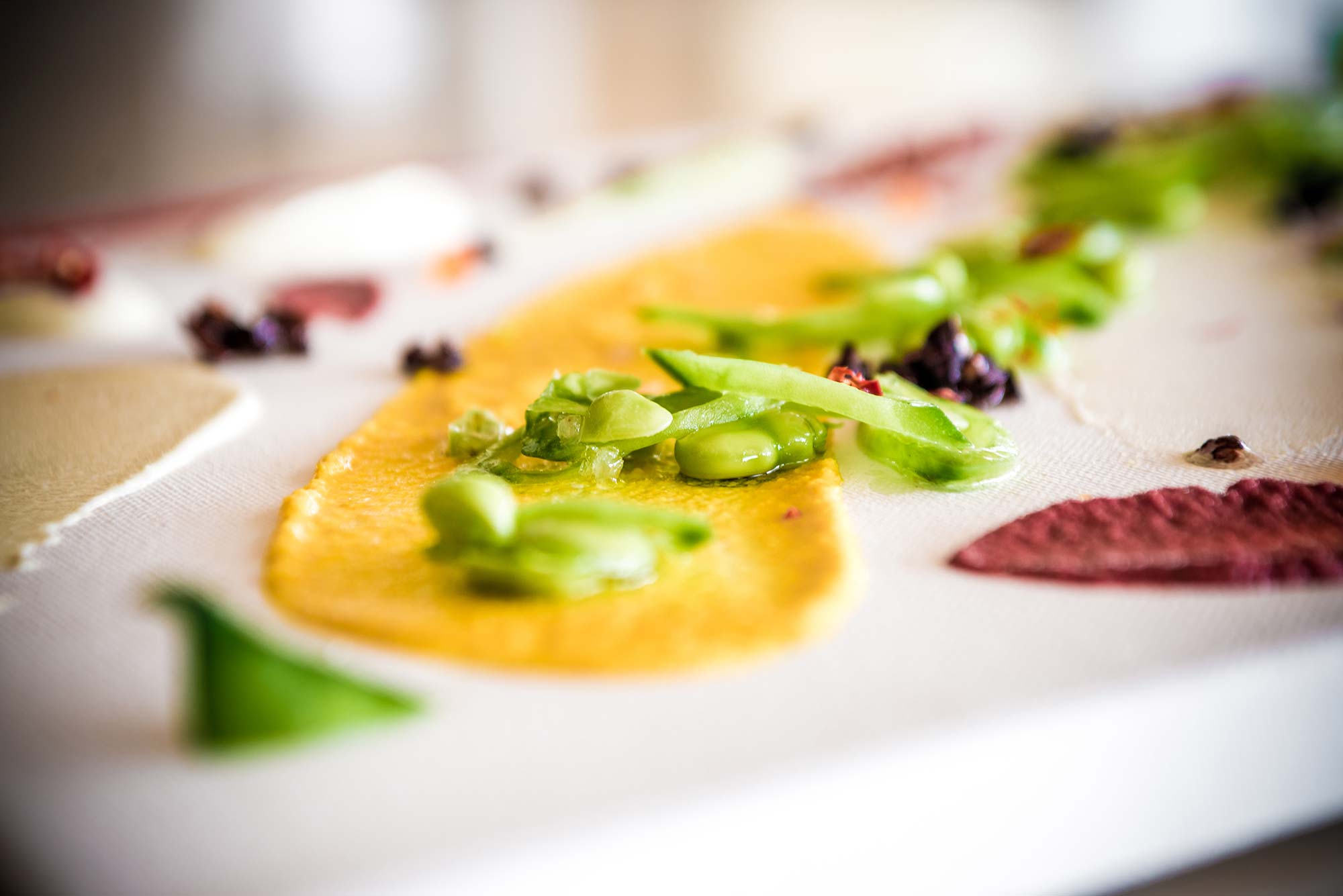 Another passion is art, which, Charles explains has traditionally been kept to museums and galleries. However, whilst this has usually been designed for sight, he says that we have more than five senses, and that there are ways of creating emotional content, powerful content which is mediated by smell touch and taste which arte our most proximal senses. He believes a beautiful boundary is currently being broken between food and art, and that food is at the core of some of the most important issues in the coming decades, especially as we look at how humans relate to nature. What we put in our mouths every day is the most direct way of interacting with nature using the energy, protein and different chemicals of nature to feed our bodies and our brains. He calls this the science of food perception, and is currently interacting with musicians and body performers, people from many different disciplines to convey important messages about food aesthetics and to design experiences which have a more positive societal and environmental impact.

He tells us that we should remember that food has a powerful impact on our mood and our behaviour. For example a substance which is present in many every day foods such as cheese, red meat and turkey, known as tryptophan which has been proven to affect the ethical behaviour of people, so, Charles says, if you don’t receive enough tryptophan, you may not behave as ´morally´as you would if you had a diet rich in food of this kind.. Of course, he says, obvious things such as coffee can make us euphoric, but it’s an area which he wishes to lean more and educate others about as it’s such an important factor of how food can affect our brain.

Another serious concern of his is Psychoactive Substances, and the fact that every day most people consume substances which can affect and depress the brain. He explains that everyone is under the effect of what we eat or drink each day, from chocolate to alcohol, and some of these foods become synthesised and used in the wrong manner, which can become dangerous, even something as simple as nutmeg can kill you if you eat too much, and in his research he wants to develop our wisdom about everyday products how they affect our behaviour and perception of life.

To summarise, Charles says that we need to realise how much everything which we out in our mouths affects the world around us. Being conscious of what we cook and what we consume, he believes is becoming more and more of a global concern, and people are slowly becoming more aware of how this affects the way we relate to each other, spread love or fear, and bond with the people around us. He truly believes that food can be a tool for peace when it comes to educating people to lead a more fulfilling life and a more intelligent relationship with nature and other human beings.

A fascinating and forward thinking chef who we believe is opening people´s minds to a whole new way of eating, cooking and living.