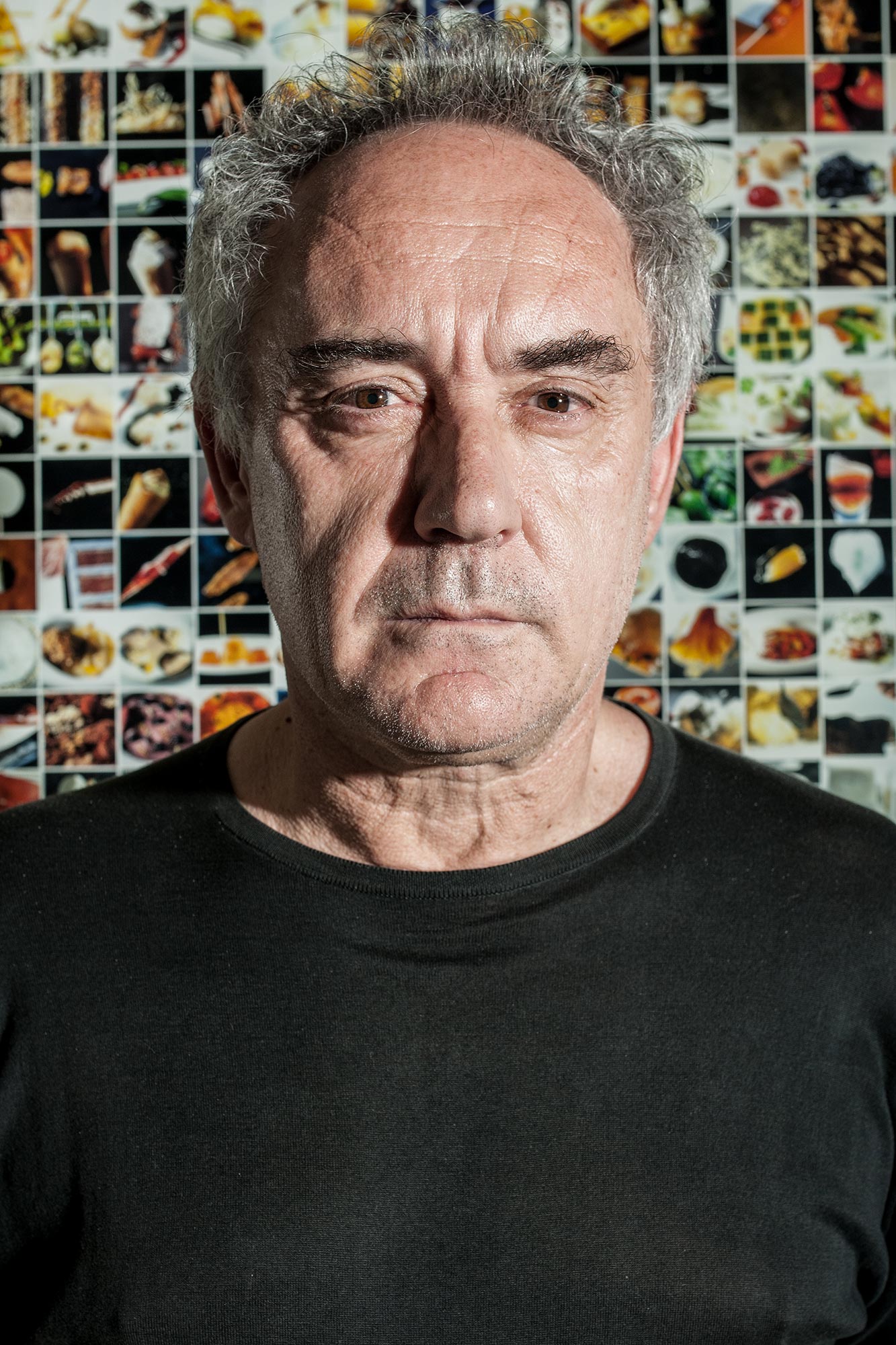 Ferrán Adrià (L`Hospitalet de Llobregat, 1962) wanted to be a football player but cooking turned into his plan B. So it was that he became— for many—the world’s best chef and—for all— the owner of the best restaurant on the planet, father of spherification and avant-garde genius.

What does a dishwasher learn about cooking?
Many things: it is the best “first course” in the ‘live’ cooking school: learning to work, to understand the pace of a kitchen, to come into contact with the different items, with the way the services function…

Isn’t creativity just not copying, as Jacques Maximin said?
That would be the basis, although it seems to be self-evident: clearly creating something means doing something new, something that nobody has done before that means that you are not copying. However, creativity is also, I would even say above all, a lot of work, pursuing an idea, understanding the framework in which you move in order to be able to rise above it, the will to open up new paths, perseverance and determination, and an indispensable anarchic streak.

If people compare you to Picasso and Miró, can we say that cooking is the painting of the 21st century? Don’t you think there are too many Impressionists?
I always say, cooking is cooking. It is true that parallels are sometimes sought; I suppose it is because cooking has taken a leap forward and cooks have opted to push the frontiers of the avant-garde. But to go from there to saying that it is the painting of the 21st-century…

How many stars should a chef who got rid of spare tyres be awarded?
As is well known, the stars reward excellence in cuisine…And that doesn’t mean that they’re against diets per se, but let’s say that, in general, it is not the foremost factor for a chef when it comes to creating a gastronomic approach. They are two different things.

Do the stars dazzle you?
You clearly have to keep a cool head when you enter the game of the stars. Going after them just because they are there can lead to big disappointments. The best thing is to work honestly and relentlessly in search of your own style. The results and the rewards are an added consequence.

Have you ever really expelled anyone from a kitchen, à la Master Chef? Tell me about it
The truth is no. In real life, the professional world works in a very different way. The people coming to work in restaurants like el Bulli possess a more or less important background in the trade, which is why it’s unusual for these kinds of situations to occur. If I had to point out one possible reason why tense situations can happen, I would say that, at elBulli, punctuality was very important and perhaps there were cooks who were not aware of it at the beginning.

Tell me about a nightmare you’ve experienced in the kitchen
Of course they have: the day that we were starting a dinner service and there was a power cut and it didn’t come back on. Obviously, we had to fulfil our obligations as professionals, so we had to make do with candles and other devices to light up the room…And with burners and plate warmers to cook on.

How long is the culinary bubble going to last?
I don’t know if it has to disappear, if such a bubble really exists. What really is desirable is for it to acquire reasonable dimensions, but for that to happen there is nothing better than the perspective of time that puts each one, each creator, each movement, in its place.

How many chefs are having us on?
I never speak about my colleagues in the profession. I believe that everyone has to do what they want; after that the public is the one that will give more or less support to each approach.

What is your freakiest creation? How the devil did you come up with that?
There is no such thing as a freaky creation; there are freaky people.

What three foodstuffs would you take to a desert island, and why?
You would probably already be able to find salt, fruit, fish and meat on the island. Perhaps I would take bread, ham and olive oil.

How does chemistry come into cooking, Doctor Honoris Causa?
Chemistry comes into cooking through interest in discovering new ways of working, of understanding phenomena. But if we are talking about chemistry we can also talk about design, about art, about a whole series of disciplines with which cuisine has collaborated in the last one and a half decades and that help to enrich the language of gastronomy.

A deconstructed potato omelette with or without onion?
The one at elBulli is with onion, it’s always more tasty and honey-like, the ideal counterpoint to potato and egg…

How much have people offered you to get a table at El Bulli?
There have been many situations that were surreal and at times stupid… The fact that we could not offer a table to everyone never made us feel proud. It would have been nice if everybody who wanted could have been able to book a table at elBulli.

Do you think that Spain was lacking in spherification in the recent Euro finals?
We were coming out of the golden period in our football, but there is scarcely team any or any squad that can prolong its reign indefinitely. I believe that we have to hold onto all the amazing things that we have experienced and learn from them, as well as from the failures.

Give me an original recipe that you can make in the time it takes to read this interview.
Some sliced strawberries, seasoned with sea salt and olive oil and sprinkled with lemon juice.