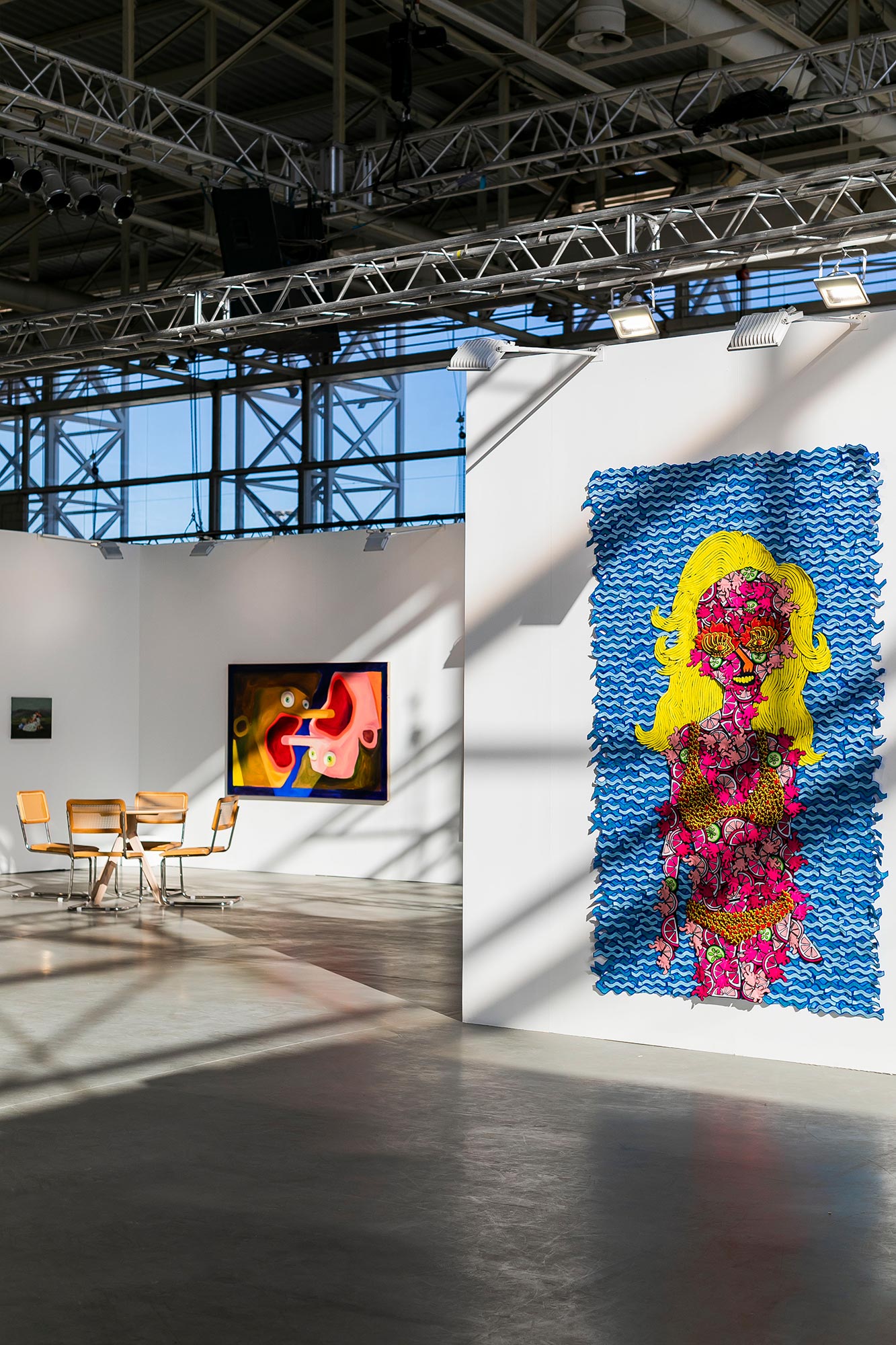 A spontaneous applause went around the Ibiza Fairgrounds on the closing Sunday of the first edition of CAN, Contemporary Art Now. Gallerists, visitors and collectors thus endorsed the success of this international art fair with the idea of becoming a fixed date that will bring the latest in current creation to the island every year.

Rarely have we been able to enjoy a cultural event of this magnitude in Ibiza. Playing with the meaning of its acronym (“can” in Catalan means “house”) its promoter Sergio Sancho, creator also of UVNT Art Fair (Urvanity), wanted to express his intention to turn this fair into a host of the vanguard of current art. “The island is an inexhaustible source of inspiration in many artistic facets, we think it can also be in art as it is in music, gastronomy, fashion… or in hospitality,” he explains.

Up to 36 galleries selected by the critic and disseminator Sasha Bogojev from 13 different countries, including Japan, South Korea, USA, Germany, UK, France, Spain or the Netherlands, exhibited their works for four days in front of more than 5,000 visitors that also included some 250 international collectors.

These impressive figures show that CAN has more than fulfilled its objectives, in terms of artistic quality and also in terms of sales, since 80% of the works exhibited have been purchased. Sergio Sancho himself commented that “in some cases, since the first day, some of the gallery owners have told us that they had sold the whole stand”. This is the case of galleries like Johansson Projects (Oakland, USA), Afternoon Gallery (Seoul), Cob Gallery (London) or Plan X (Milan). Among the most sought-after works sold, the melancholic women with huge eyes by Stickymonger (WOAW, Hong Kong) and the works by Malaga-born Javi Calleja and Kenichi Tamai (Nanzuka, Tokyo) stand out.

Participants enjoyed a relaxed, cozy and friendly atmosphere with parallel activities such as cultural visits for collectors to art hotspots on the island such as the Museum of Contemporary Art (MACE), the Micus Space or the Ses Dotze Naus foundation.

The organisers promise great novelties in next year’s edition, scheduled for mid-July 2023, which is already being planned with enthusiasm, as they have confirmed that many people from the art world are connected to the island and are burning with the desire to participate.