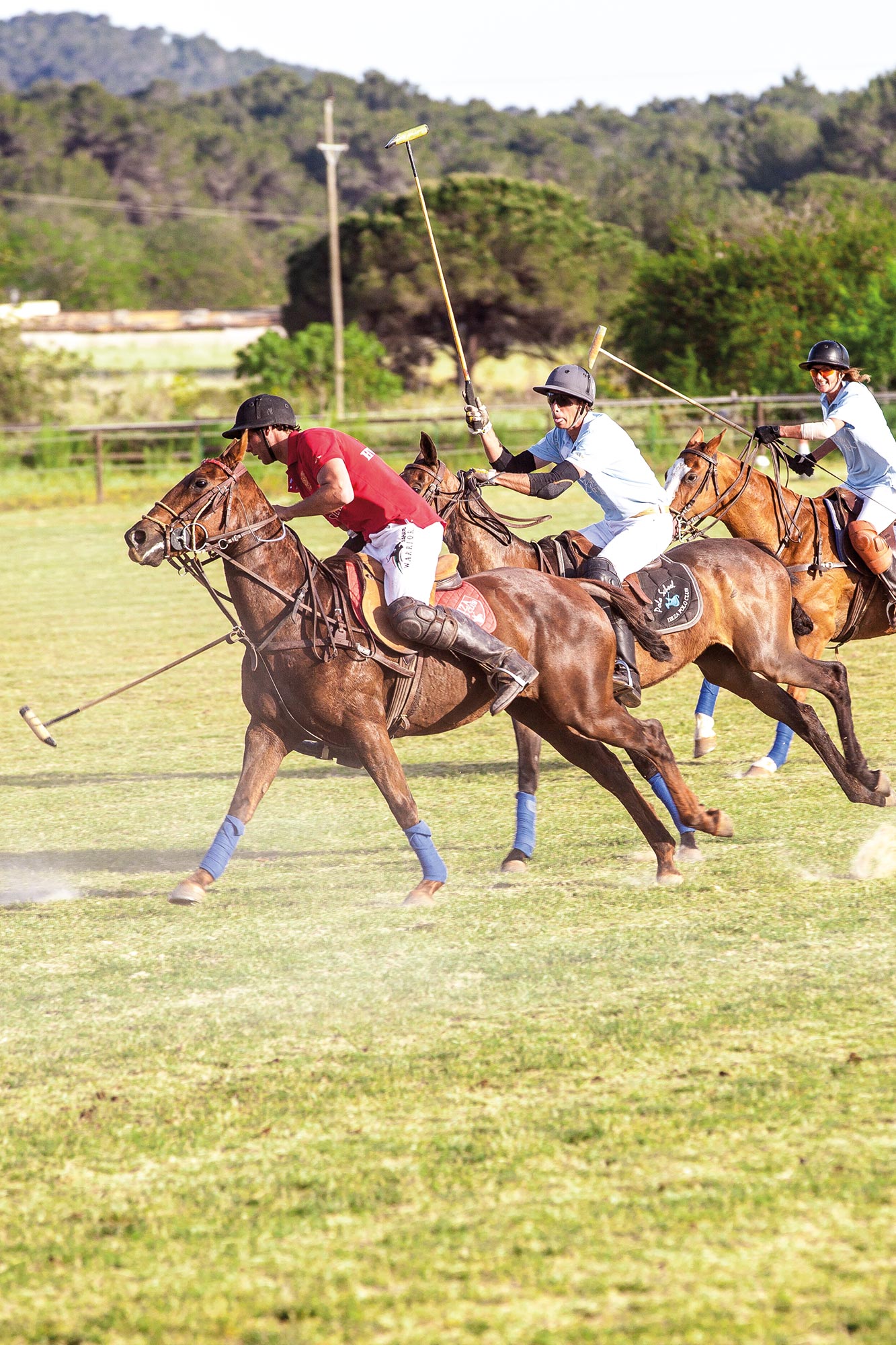 Four teams competed for the coveted Copa Primavera in an adrenalin fuelled three-day tournament. Players flew in from all over the world, with male and female participants from Holland, New Zealand, Kenya, Italy and Argentina on the field. Within the 16 players, 12 nationalities were represented.

Friday 1st May kicked off with the opening match between Spilly Travel and HV Polo, a nail-biting game that ended in a win for HV Polo at a score of 5/3. Saturday evening heralded a victory for Ibiza Polo Club Red team, over the Ibiza Polo Club White, another close match ending in a final score of 6/4.

The next tournament will be the highly regarded, much-anticipated International Polo Classic, held on the 18-21st June. This event is in its third successful year, and attracts a global crowd. Players and guests will once again fly in from all over the world to participate in an exciting three-day tournament, which promises to be a glamorous, must attend event, and is open to spectators.

The Ibiza Polo club is situated only 15 minutes outside Ibiza town and offers several resident professional players who also teach the sport. It is, as with much of the Island’s gorgeous charm, a unique place to both watch and play polo.