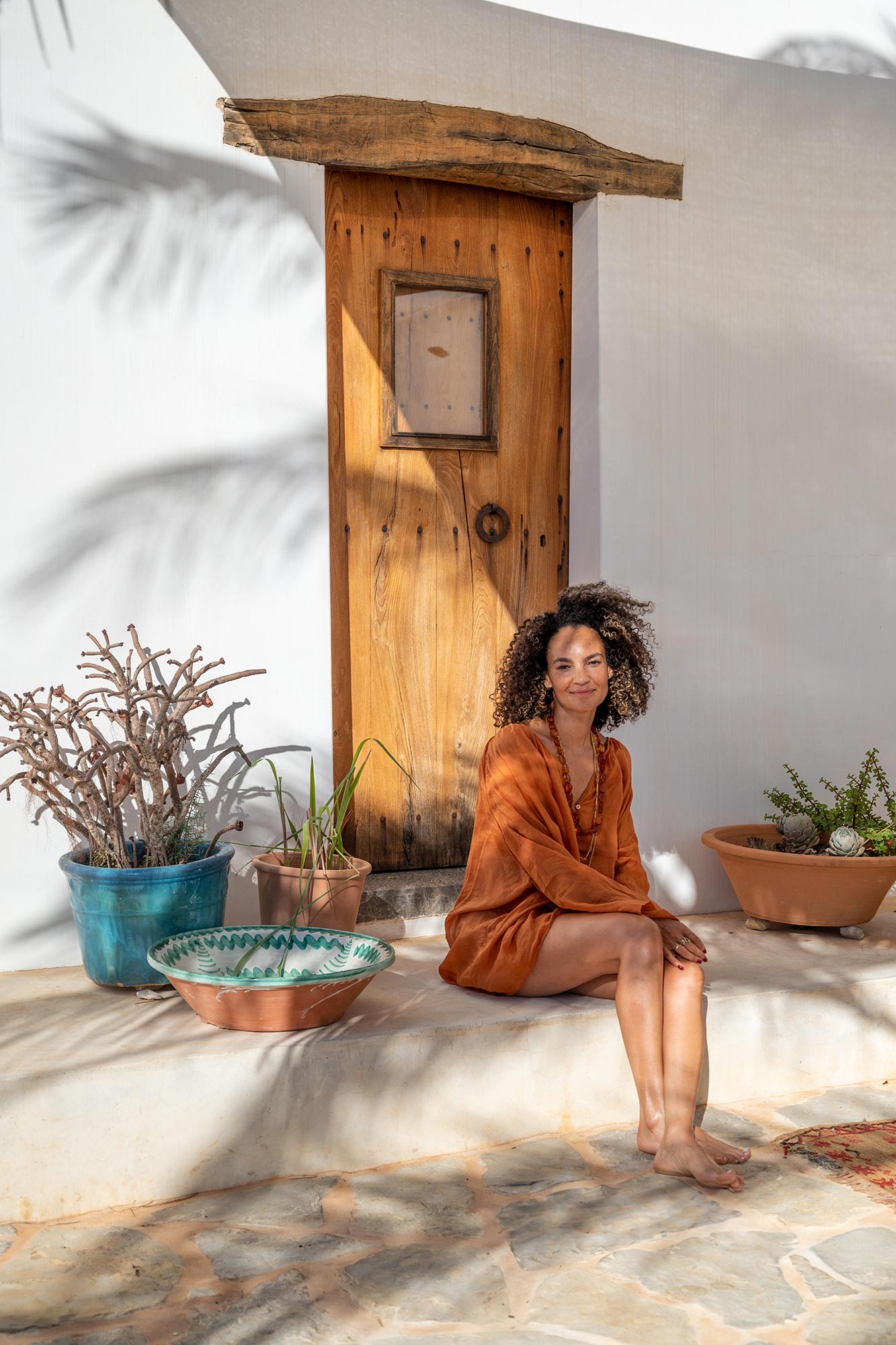 Elaine Groenestein – The girl with the code

If someone were to ask top business manager Elaine Groenestein today whether she has ever been discriminated against because she is a woman in central Europe, let alone black, she would register the question, but nonchalantly pass over it to give you the answer to your next question – for which you will thank her effusively and forget what you wanted to know in the first place. In this highly exciting encounter, get to know an inspiring energy that will make you realise that much more important questions than society have to move us forward.

She’s old enough to get a driver’s license, Elaine says defiantly, laughing out loud when asked her age. Of course, that’s crude, but if you saw her in front of you, you’d wonder the same thing. Elaine talks as playfully as a teenager on the one hand and, when it comes to business, as confidently and eloquently as a top international manager on the other. She also has a gift for communicating complex subject matter in a simple way – with infectious enthusiasm for her topics.

To understand Elaine, you have to look back at her family history. “My mother was born on a farm in Tanzania, on Mount Kilimanjaro. The climate is very moderate there,” she says when I’m about to ask if it’s not freezing cold there. “Not at all. Mom worked for the World Health Organisation, as a malaria researcher. She’s a scientist. But my mom decided to become a cook – you know, like a boss. She loves doing that – it fulfils her, and she stuck with it. She very successfully built her own catering business and recently sold it when it was time. To go a new way – she now has a bistro.”

Elaine was born in Arnhem and was the oldest of five patchwork-family children. “I think I was already on the road when mum came over.” (both laugh). “My dad was a software developer. Actually, also a scientist, so engineer, like my mum – but he decided to become a coder.” A coder? “Yes, that’s right, Sascha. Aren’t we all coders?”

Honestly, I can’t even put together an IKEA cabinet. To that extent, I’m at best semi-talented to be a remotely useful coder. And yet, I understand the hypothetical question. How much coder is there in Elaine?

“I was sitting in my nursery back when I was 12 and I wanted a TV. My parents said no, here’s a computer. Which crashed quickly, which meant I needed to fix it. I did it myself. I had to get into the system and find out how it worked – so I could use that damn computer again. That was it.”

Almost certainly not usual at 12! “Of course not, but let’s skip high school, I hated it!” Why, I want to know. “I dropped out because I didn’t see the need or benefit of following any education rules that didn’t get me the results I was hoping for. Why would I waste my time there?”

Were the teachers getting on her nerves? “No, it was the whole thing. I wanted to learn, and learn fast things that interested me. But the routine in high school was to go to ‘mentor hours’ (auditions with school administrators), to do sports that I didn’t see the point in. I mean, hey, let me run, and I’ll run – but full throttle.”

Elaine has been everything in her life, and excelled at everything. Whether as a headhunter, record pressing plant manager, music label boss, restaurateur or researcher, manufacturer and distributor of sustainable food and cosmetic products, which she offers at her Labritja Botanica to B2B clients such as hotels and restaurants.

The 41-year-old is in the prime of her life right now – and radiates it. “I’m a business angel, I like to help well organised promising startups from the fem-tech and biotech industries. But what I currently love very much is to design houses on my own – built exclusively with materials, what nature gives in Ibiza. You know, in our family all are engineers, but I want to be an architect – of many things. I want to design things, without official guidelines. Just do what my gut tells me.”

If you now mention in passing that this woman is curator for the permanent photo exhibition at the five-star establishment Six Senses Ibiza, that says a lot more about Elaine Groenestein. She can simply do a lot of things – and do them damn well.

Before we say goodbye, Elaine says with a mischievous wink, “A jack of all trades is a master of none, but often times better than a master of one.”

And with a victor’s smile, she departs for home. To her 650-year-old Ibizan house – on the oldest street in Ibiza, in the direction of Benirras.