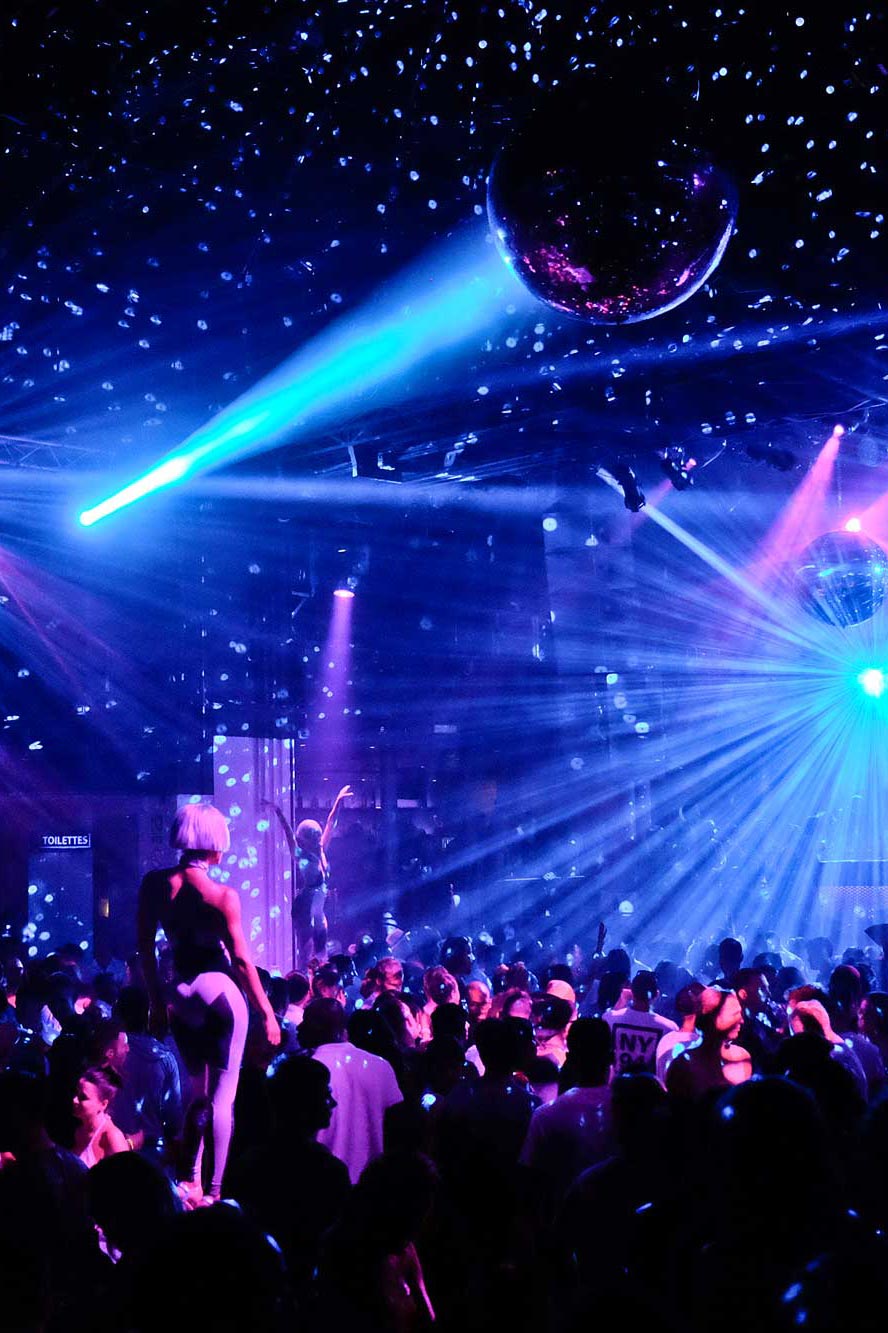 Add the two of these facts together, drop them under the umbrella of exciting Ibiza party Glitterbox and the potential for a memorable night on the dancefloor goes through the roof. There are nights in Ibiza where everything aligns, where things come together to produce those moments that define summer season’s, and, as we head to Playa d’en Bossa for the latest episode of one of the stand out parties of the summer, we can’t help feel that this is what is happening. Glitterbox moved from the Terrace to the main room as it delivered yet another magnificent memory.

Fatboy Slim has a few decades of performing under his belt, from his early days as a fresh faced bass player in UK pop band the Housemartins to overlooking beaches filled with hundreds of thousands of clubbers there to see only him. To get the chance to witness the much talked about DJ in a simple club environment, stripped back of the massive festival production that so often surrounds his set, faced with a packed floor full of eager faces as he takes them on a roller coaster ride of phat basslines, huge drops and infectious vocals, feeling every twist and turn with them, was simply amazing.

Glitterbox hasn’t looked back since it made the move to Space Terrace at the beginning of the summer. A series of well programmed line ups, some headline grabbing live performances – from both artists and its own troupe of dancers as well as club collective Savage – an iconic club room and a crowd that has consistently delivered a vibrant atmosphere in which the party can thrive, has meant it has grabbed headlines on and off the island. The latest foray seen it occupy the Discoteca for the night as one of the genuine legends of the club scene goes back to basics, digs out a box full of club classics and smashes the famous dancefloor, giving everyone on and around it a night they will not forget in a hurry.

As with every Glitterbox line up, the array of talent is vast and tonight was no different, from the downbeat edits of John Morales to Tensnake, The Shapeshifters and Mambo Brothers, the night was built on solid foundations of great house music before the booth was handed to Fatboy Slim. It was a big occasion for the Friday night party in Space but I have a feeling it’s not going to get too carried away, it has enjoyed a few of them this summer already to be fair. The packed crowd inside the main room is another thing altogether, it braved the unusual August storms to witness one of the performances of the summer and it will be holding on to the memory as long as humanly possible. For Glitterbox, it’s business as usual next Friday as yet another set of talented DJs and performers pick up the baton of a summer that keeps going from strength to strength.