Cleaning the Balearic Sea from plastic pollution for a greener future.

Last summer, the announcement that the Government of the Balearic Islands is going to ban the sale of single-use plastics such as bags, straws and coffee capsules from 2020 onwards was welcomed with much support. Since then, local businesses, island residents and even some of the high-profile DJs that frequent the White Isle have been embracing the move to a plastic-free Ibiza and Formentera with enthusiasm. Every season, there seem to be more beach clean-up initiatives, environmental fundraisers and educational events popping up – which is, of course, a great thing!

The 2019 season continued in this vein, with the islands taking further big steps towards the goal of being completely plastic-free by 2023. In August, one of Ibiza’s leading hospitality forces, the world-famous Pacha Group, announced the entire company is ‘going green’. As well as phasing out all single-use plastic elements across their portfolio of hotels and nightclubs, Pacha CEO Nick McCabe made a monetary pledge to support research and initiatives to protect the Balearic Sea and beaches of Ibiza and Formentera.

Still, with an influx of tourists arriving every year to enjoy all that the Balearic Islands have to offer, plastic pollution continues to be a problem and threatens this delicate ecosystem as well as the local wildlife. One company that is making waves with its groundbreaking cleaning efforts is the iBi Foundation, a Dutch environmental non-profit organisation based on Ibiza. With the mission to protect the world’s oceans and the marine life that inhabits them, they take to the water on their custom-built “Plastic Ocean Clean Up Boat” to collect plastic waste from the sea.

The initiative was born in 2017 when, during a day of sailing close to the Ibizan coast, founders Ed and Joke came across a struggling sea turtle tangled up in plastic waste. The harrowing sight left a lasting impact and, after freeing the animal, they named it “iBi” after the place where they found it. The turtle has since become the official mascot of the foundation and now takes pride of place on the sails of the “iBi” catamaran.

After the incident, Ed and Joke made a vow to protect the precious marine wildlife and its habitat from the consequences of plastic pollution. In the early days, they used simple scooping nets to collect waste. Ed says, “Although we were making an impact, it was slow and it was difficult to keep on top of all the waste. We obviously thought this was taking too long and we started to think about a quicker and more efficient way to do this!”

Launching this August, now the iBi Foundation team sails between Ibiza and Formentera on a custom-built catamaran kitted out with a unique waste collection system. The cleaning system covers an area of 22.224 m2 per hour – the equivalent of 3.11 football fields – whilst filtering 11.112 m3 (the size of 4.4 Olympic swimming pools) during this time. The filters work at 0.5m below the surface, collecting plastics as small as 2cm up to a maximum of the entire boat’s width. This ensures that larger debris, such as industrial plastic waste, can also be gathered.

The collected rubbish then gets sent off for analysis, so iBi Foundation and its partners can better understand the extent of pollution in the Balearics and its potential impact. The initiative also supports other organisations and charities with the same mission. To raise funds for their efforts, the young company relies on donations and sales from their sustainable children’s clothing range, iBi Free Life.

It is fantastic to see that the company is already gaining a lot of attention not only in the Balearic Islands, but internationally. iBi Foundation is also working very closely with Plastic Free Ibiza, Ibiza Preservation Fund, and World Cleanup Day to achieve the island’s goal to be free from single-use plastics by 2023. Their growing success is showing that even if you start small, you can end up making a big difference!

Volunteers are welcome to come along for the ride and witness the team’s work first-hand, with iBi Foundation aiming to sail five days a week during the winter months. If you are interested, simply email your name and telephone number to [email protected]. 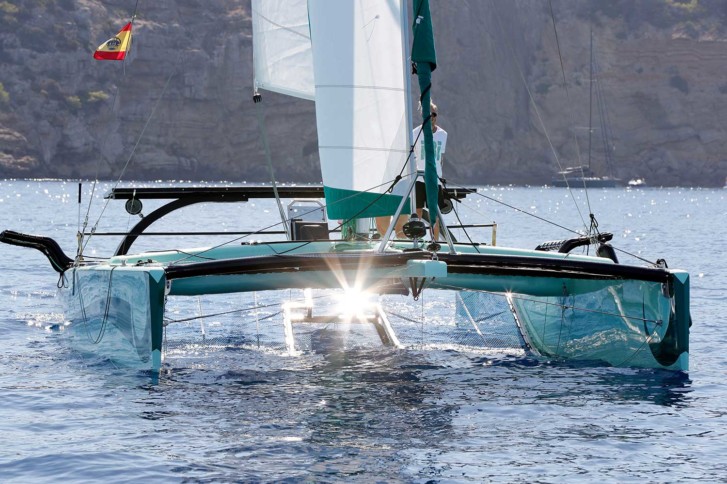 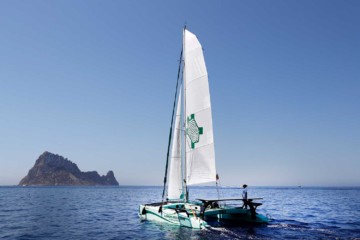 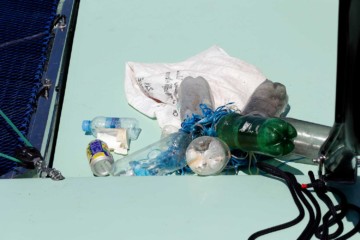 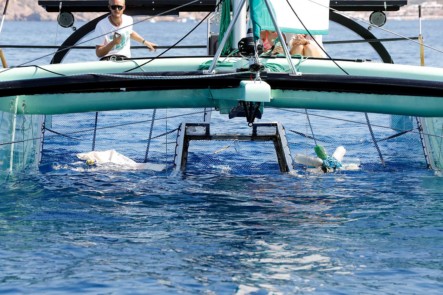 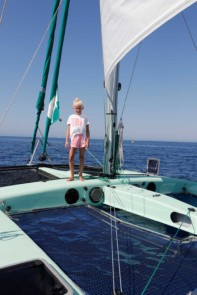 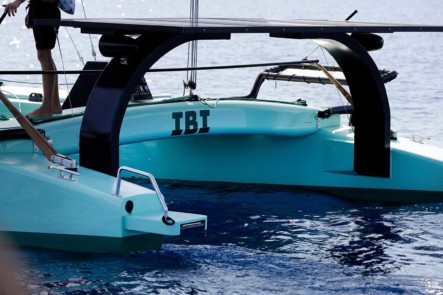