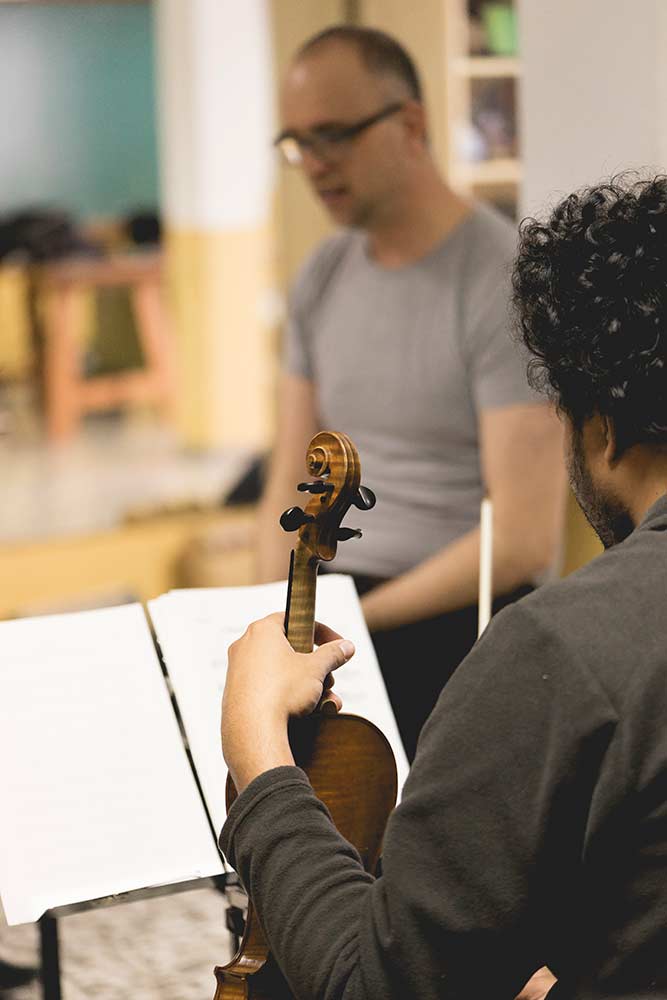 Music, like life, depends on intense spirit, on a magnificent communion between the person interpreting it and the listener. With the lightness of a moment, music effortlessly penetrates the heart and into the very deepest abstract, uncontrollable part of one’s mind. Without a doubt, this is the greatest achievement that a musician could dream of. However, just like everything you undertake in life, there‘s no escaping the fact that you have to start out from scratch.

The concert presented by Just4You Music Solutions is performed by the Baroque music ensemble Ibiza Soul Baroque. It will be performed on February 14 in Santa Eulària’s Teatro España, conducted by Juan F. Ballesteros. Made up of first rate musicians who mainly come from Ibiza, this group is deeply committed to offering the truth with its music.

Ibiza Soul Baroque will perform a repertory of Baroque music with compositions by Arcangelo Corelli, Antonio Vivaldi and Giovanni Battista Pergolesi, respectively. It is no coincidence that we have chosen these three Italian masters for our first concert; quite the contrary, it is a declaration of intent that offers the essence of Baroque joined with contemporary art. With all its pomposity, vibrant prominence, unsettling passion, boundless energy and Apollonian beauty Baroque music’s deepest and truest roots lie in its Italian heart. Thus, as is the case with Michelangelo’s powerfully impressive David, the music of these three composers overflows with more passion and a purer exaltation of the art than we are accustomed to when we refer to ancient music.

With Ibiza Soul Baroque you will be able to appreciate the unsettling magic of La Folia di Spagna –Corelli’s version— a composition based on variation that, without a doubt, represents a reminiscence of a musical mantra that turned into minimalism. As its title indicates (madness) it is an ostinato based on one of the most ancient, recurring rhythmic, melodic and harmonic arrangements in Europe. Vivaldi’s concert for the piccolo is a fascinating work in which the most exaggerated virtuosity and the subtlest beauty come together. Pergolesi’s Stabat Mater -based on the folia previously mentioned-will bring the concert to a close. Through its 12 parts we will show an unabashedly demythologised vision of the symbol of Mary, presenting her suffering from a profoundly mundane perspective.

In this way, Just4You sets out to establish itself as the best way to guarantee high quality classical music on the island. By means of its undeniable contribution to the private arena of first rate classical music and jazz, its spectrum now extends to include public concerts.

Ibiza Winter Concerts. You wouldn’t want to miss them, would you? We are waiting for you.