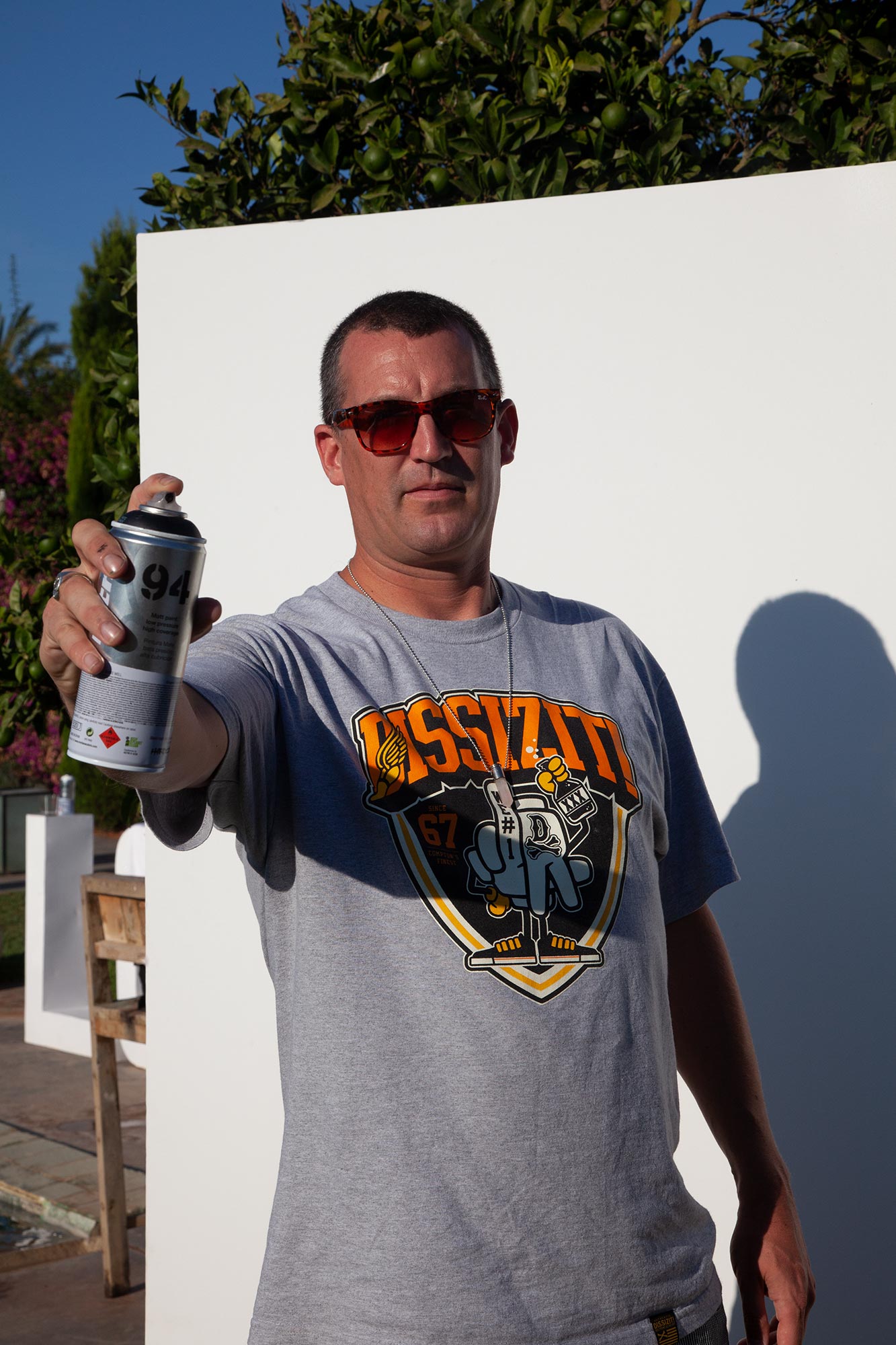 One of the exhibitors at Urban in Ibiza, Inkie – aka Tom Bingle – is an artist that’s undeniably symbolic of change in society. Nicknamed ‘Kingpin’ in the late 80s, he led a graffiti movement that subsequently resulted in him and 72 other street artists being arrested in 1989 in a huge police operation. Tagged as a hero by his followers and a criminal by authorities, it’s ironic that more than 20 years later the artist once dubbed a ‘vandal’ is up there with the UK’s top contemporary artists and his signature ‘ink nouveau’ style is celebrated all over the world.

Tom himself describes his style as “Art Nouveau meets graffiti with a touch of pre-Raphaelite/William Morris thrown in” and on witnessing the colourful portraits in Atzaró during Urban in Ibiza of beautiful women with defined features and long flowing hair, you can see exactly what he means.

“Urban in Ibiza is a fantastic event in a great location and I feel very proud to be part of what Dizzi has achieved,” he says, “it’s very unique and I really don’t think there is anything that comes close to it on the island.”

Citing the location itself as well as the variety of performers plus “the opportunity to showcase work to a culturally aware and diverse crowd” as the elements that stand out about Urban in Ibiza, it’s fair to say that this particular exhibition is close to his heart.

First introduced to the island by Paul ‘Dizzi’ Saunders around seven years ago when they were planning the first Urban in Ibiza event, Tom’s now a massive fan of the island for its “natural beauty, weather, nightlife, food and most importantly the people.” He visited on eight separate occasions last year. “You can never have enough time here,” he adds, adding that he loves coming to paint, relax and see friends. He also just painted the front of Boutique Hostal Salinas.

When back in the UK he runs a design studio in West London where he creates artwork incorporating his beautiful trademark aesthetic on large-scale pieces. In the past, Tom worked as head of design for SEGA Europe and Xbox and interestingly, until recently, as Ibiza veteran Jade Jagger’s in-house designer.

He’s had recent exhibitions in Copenhagen, Barcelona, Los Angeles, Gothenburg, Warsaw and Lisbon as well as London and of course Ibiza, and is well known in the contemporary art scene for his dedication to raising money for charity too.

Hence his achievements speak for themselves and the status he enjoys today is a far cry from the ‘notorious’ reputation he once had when he used to run the risk of being arrested for his art.

But that’s not to say these weren’t good times. “To be honest it was half the fun of it,” says Tom on being hunted by the police, “and a real adrenaline rush. Plus, a piece executed illegally always garnered more respect than a commission or legal wall.”