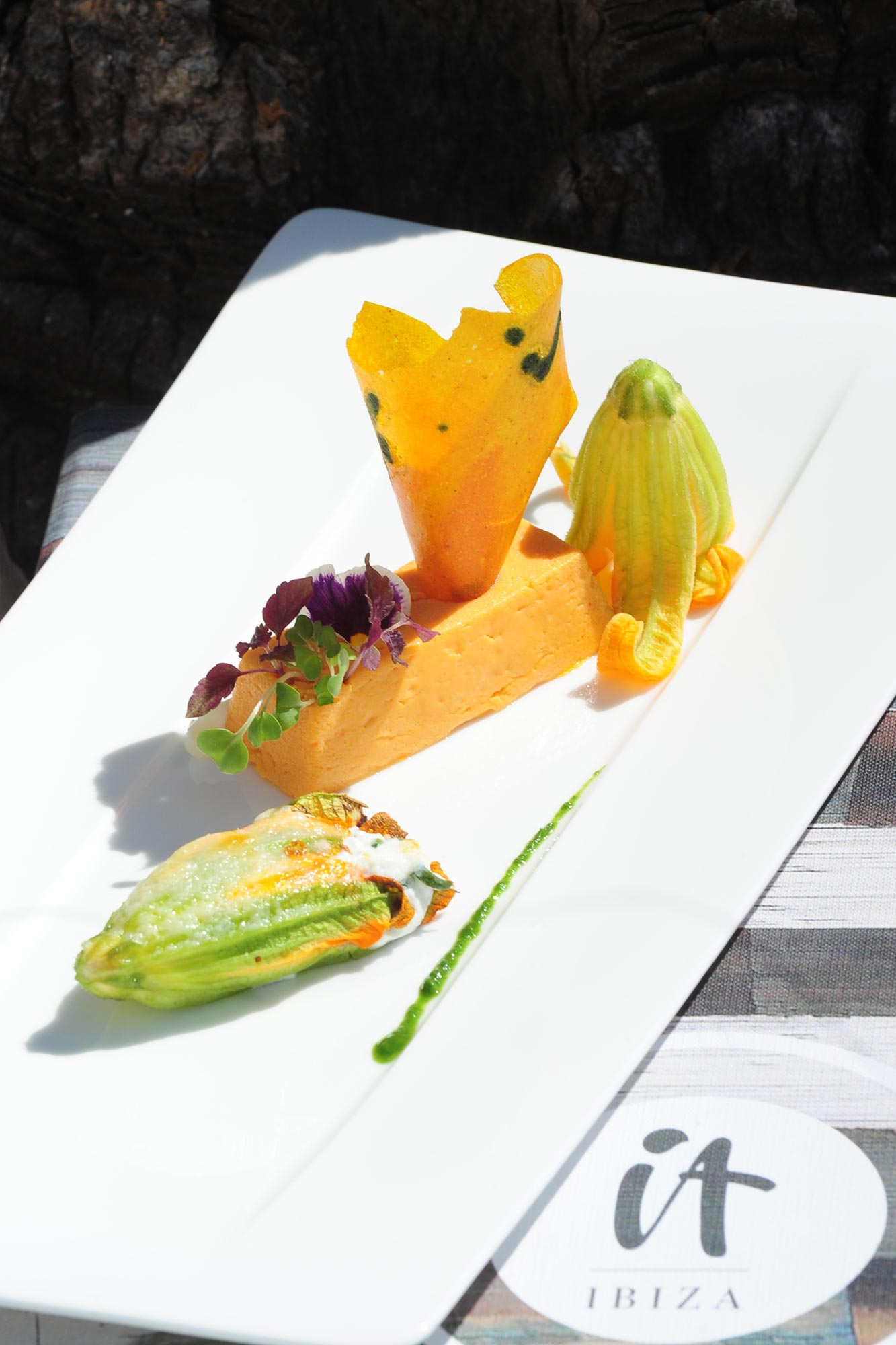 IT Ibiza – A culinary marriage between Spain and Italy

Photography: Courtesy of it Ibiza

Gennaro Esposito has arrived in Ibiza with the intention of offering a new aspect of Italian cooking with which he hopes to surprise the public: it Ibiza. However true it is that this style of cuisine is too popular to promise originality, the chef—who possesses two Michelin stars—banks on a style that combines not only the most characteristic of Mediterranean ingredients but also incorporates in the dish those notions of fashion and beauty that are connected to the food.

It’s a daring proposal and one that he hopes will enable him to win favour among the people that pass through his restaurant: it Ibiza, which is located in Marina Botafoch. This is where he intends to win over his diners the best way that an expert in the galley knows how: through the stomach. Naturally, both he and his team understand how complicated the challenge will be, given the high level of competition that is found on the white island. And that’s why the idea is to “build a different kind of venue from the ones that already exist in Ibiza, starting out with high quality raw materials that are going to be the best that can be obtained”, points out the young chef in charge of the kitchen, Massimo Larosa.

According to what he has told us, at it Ibiza they are going to wager on local produce in most of their dishes. What’s more, they have got a clear philosophy about cuisine in which the traditional is combined with the avant-garde. Just as Larosa himself explains, it is “a restaurant that features direct cuisine that makes a big impact. That means three or four elements that are combined to perfection in dishes based on using vegetables and fresh fish from the island”.

That means Ibicencan ingredients that are only combined with those that are imported from Italy when they resort to varieties that cannot be found on the island such as, for example, tomatoes from Sicily.

Alongside Larosa we take a closer look at the idea for a menu in a restaurant where they are trying to combine Spanish and Italian cuisine. “For example, among the starters we have a Spanish beef tartar with pistachio nuts imported from Sicily: it’s a union of Spain and Italy”.

And nor is this the only occasion where both these peninsulas come together in one dish because, in spite of using Ibicencan raw ingredients, many recipes arrived from Italy with Gennaro’s personal signature. These include the Nocellara olive soup and a hake dish that is accompanied by an almond cream, endives and anchovy essence that is typical of Capri. Or the pasta minestrone with fish, where the pasta is cooked in fish stock after which a varied selection of prawns, cuttlefish and squid is added…

These are just some of the first courses. However, if we still have room for a second course—which is the thinking behind an average price of €70 per person—we can choose between pork, fish or chicken. Needless to add, in those recipes the contrast between “tender and crunchy” is always applied.

Of course, their varieties of pizza with croccante dough, bread, focaccia and home-made pasta such as the prawn-filled tortellini should not be overlooked, and that’s without mentioning their vegetarian version of cannolli filled with aubergines, tomatoes and ricotta.

All these delights are complemented with a sweet touch including “desserts that change every month” such as the ever-popular tiramisu, “even though it’s not the classic one because the egg is pasteurised and we add mocha in the centre of the biscuit”, as well as hazelnut puff pastry or chocolate mousse with raspberry sorbet, oil and salt.