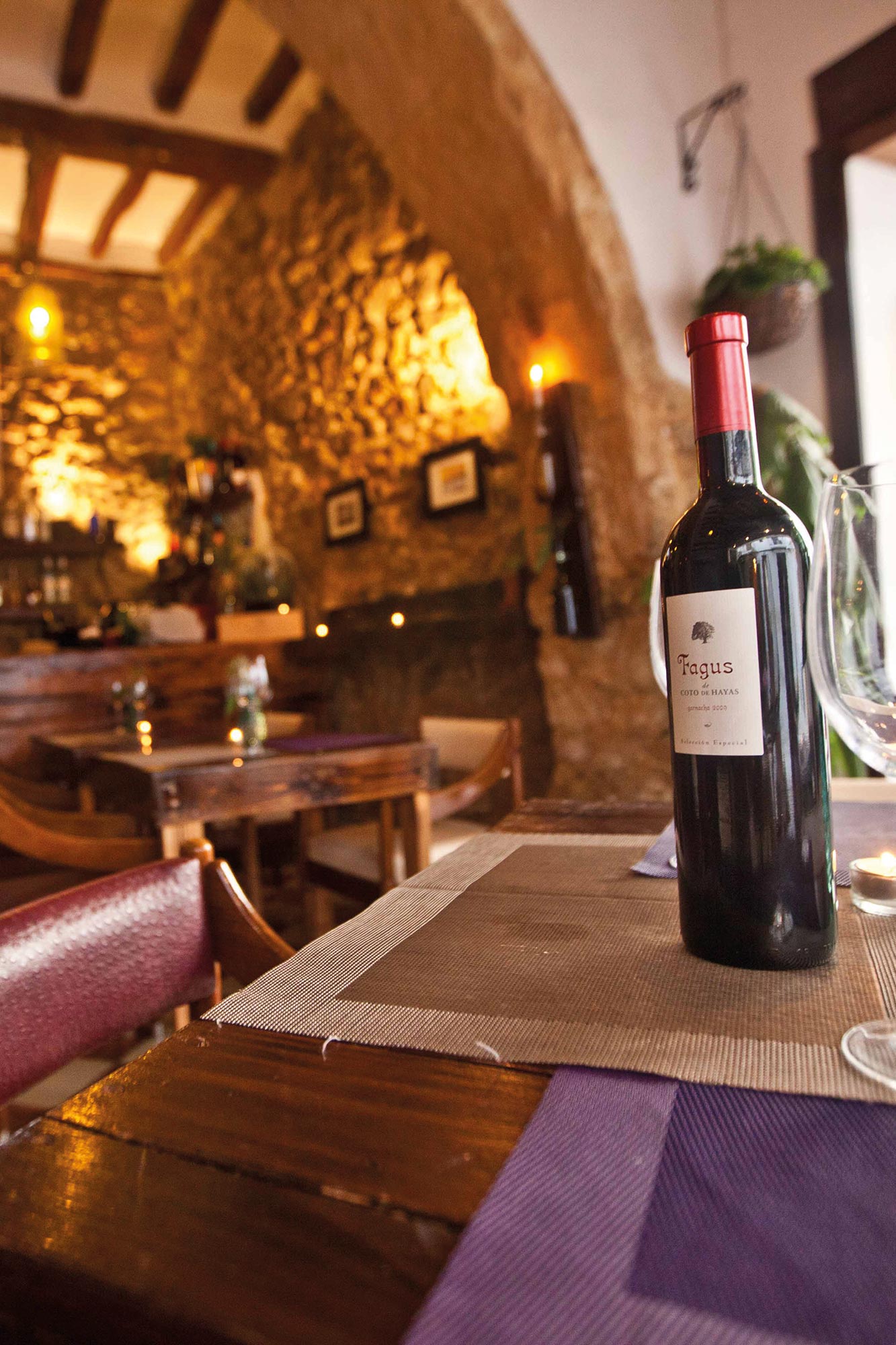 La Velada – Hide completely from the hordes of tourists

La Velada, whose name translates from Spanish as “evening”, started as a wine bar but soon had its accent shifted, so now it is 50% a bar and 50% a restaurant. Switch off your mobile, never look at your watch and give yourself a most sophisticated present – a few relaxed hours with your best friends and a bottle of good wine.

The food menu might be not that big in size, yet absolutely unique in terms of its contents. Fusing Italian and Spanish cuisine in almost equal proportions, it offers such dishes as scallops with fresh herbs (warm and unbelievably delicious), goat cheese with onion marmalade and nuts (never has the process of waiting for the main course been so savoury), linguine from Gragnano with clams from Galicia (rather salty and totally mouth-watering), magret of duck marinated with four spices and rosemary potatoes (delectable and succulent).

The logic behind the menu is to offer something that is hardly represented in the neighbourhood – or maybe on the whole island. For example, barley risotto with squid ink, prawns and mint, that looks absolutely like rice but is indeed made of barley. Or spinach salad with bacon, 24 month aged parmesan and hard boiled eggs – how easily will you find this gourmet kind of cheese in Ibiza? The newest entry to the menu is monk fish ceviche, a powerful rival to the flawless salmon tartar.

The secret behind the exquisite taste is not just the outstanding skills of the chef, but also the quality of ingredients. Cod comes from Alaska, salmon from Norway, and such items as goat cheese, lamb or vegetables are all locally produced. For a restaurant owner it might be a bit more costly and effort-consuming to rely exclusively on the provisions from Ibicenco farmers, but it makes all the dishes taste heavenly, and there is an authentic story behind each of them.

The wine selection at La Velada is notable to say the least and deliberately avoids the big omnipresent denominations. The list consists only of Spanish and Italian produce, and every two or three weeks has several new positions added to it. The price range is pretty reasonable: from Coto de Hayas Tempranillo Cabernet from Campo de Borja, Spain at 14€ to Marques de la Concordia Hacienda de Susar from Rioja, Spain at 73€, from Every Day Farina from Veneto, Italy at 15€ to Barolo Pietrin D.O.C.G. Franco Conterno from Piedmont, Italy at 78€. Whichever sort you choose, you can be sure that it will make a good match to the food from the menu.

La Velada opens its doors every year on Easter and welcomes the guests every day from 8pm till 1am, except Sunday. Its typical customer is normally French or Dutch, middle aged and with a cultivated love for wine. Local Ibicencos also drop in frequently, attracted mainly by the word of mouth, but Italians call on surprisingly rarely – probably because they are normally looking for more touristic spots.

La Velada is neither mass market nor fastfood. Waiting a few extra minutes to be served your filet mignon with celery cream, potatoes, asparagus and mushrooms is not a matter of annoyance here, but a part of the measured ritual. Music will not muffle your conversation, since there is no music outside. Enjoy your dinner, take your time and savour your wine – let your evening be is as simple and authentic as that.