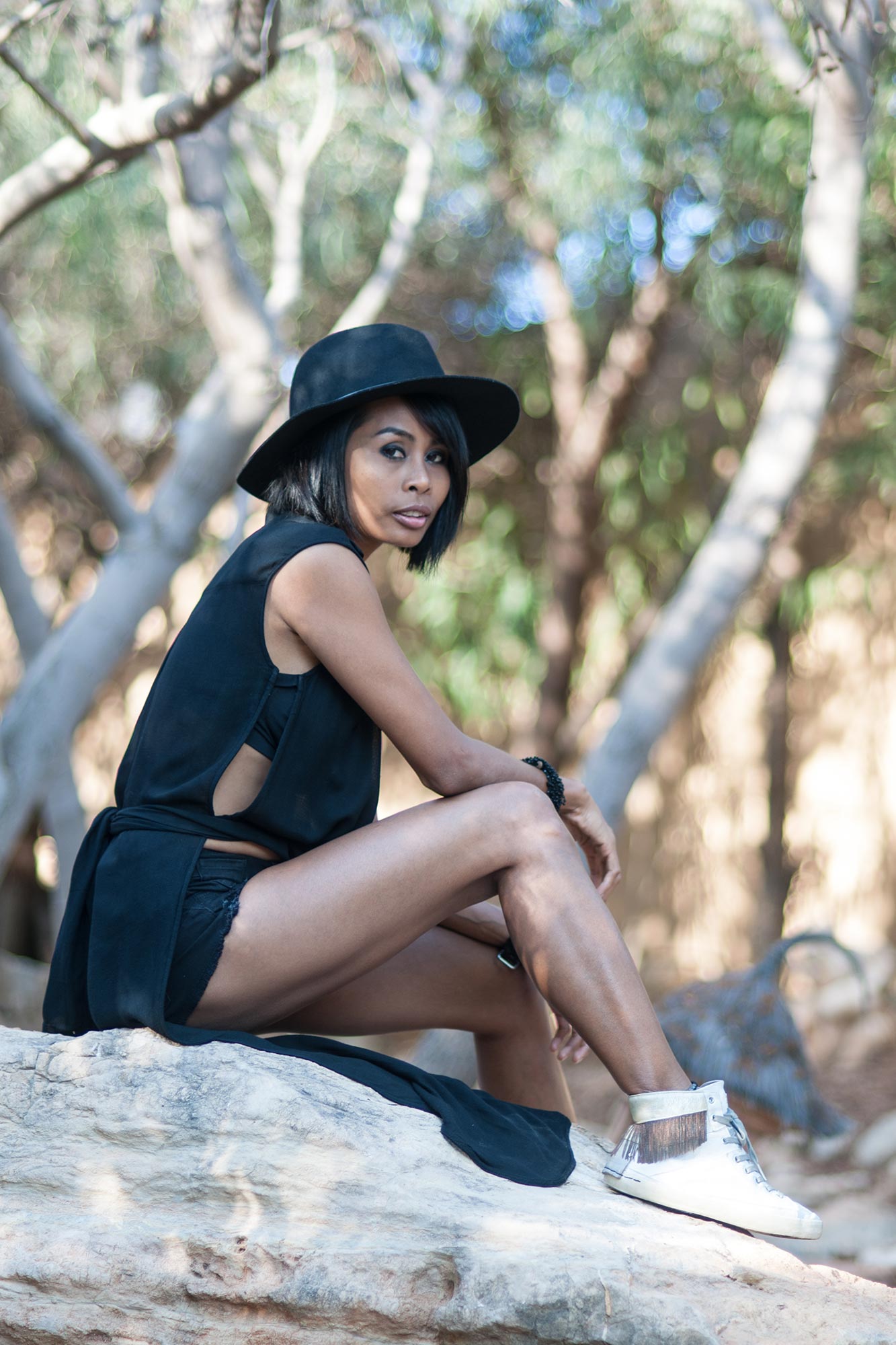 Nakadia – A story of real courage

I grew up in a very poor village in eastern Thailand and every morning I had to walk miles to the lake to get water for the family, even today my parents live without running water. We had a little radio in the house and sometimes I would make the long journey to the phone booth to request a track, but usually by the time I got home it had already been played. Now look at my wonderful life, I am playing main stages at festivals around the world, it is like a fairytale.”

After leaving her little farming community, Nakadia ventured to the city of Korat to move her life forward. And whilst juggling jobs that included working in an internet café, a modeling assignment took her to Europe and there, in a dark sweaty techno club in Berlin…life suddenly made perfect sense. “Berlin made me understand music” laughs Nakadia as she gets ready for her set at Ushuaia, “it showed me the positive but it also explained areas I didn’t want to explore.”

With over 1000 DJ sets ticked off in 60 countries, a new Get Physical EP out later this year and over 30 major festival requests on hold for 2016, life is looking pretty good for this little ball of energy. This summer has seen Nakadia rocking the likes of DC10 and Sankeys, but it is her residency at the best party on the island that we most love her for – ANTS at Ushuaia, a slot she got just by chance. “Ha ha yes that’s right! It was the summer of 2013 and my friend who was working on the promo team was trying to get me in for free. We were hanging by the back door when one of the managers walked by…‘this is my friend Nakadia from Thailand, she played at Sankeys last night – can she come in?’. Well, he just stopped in his tracks, turned around and said ‘what – YOU are the girl who played at Sankeys last night, oh my god’. And with that grabbed my hand and rushed me straight into Yann’s office. ‘This is the girl I have been telling you about’ he shouted. ‘This is the DJ from last night!’ And that was that. They asked me to be part of ANTS on the spot. How cool is that?”

Nakadia’s family back in her home country for so long had no idea what their little girl was doing in the big wide world. They didn’t know about her playing to a million people at Love Parade in Germany, they didn’t know about her playing the world famous D:Edge in Brazil, they didn’t know she was playing to 8000 people on a Saturday afternoon on a beach in Ibiza. What do you think they would have thought of your new lifestyle, it’s a million miles away from their simple existence? “They didn’t know for many years what I was doing and they were all so worried. To be honest I think they would have just loved me working in a local shop so I was close to them.” This year however things changed when Nakadia sent her mother a first class air ticket to come and see what her little girl was up to. “It was such a moment for me, I took her on tour and she saw what my life was finally all about. Mum now understands my life but couldn’t quite believe it, she even had to go through the hardship of going straight to the airport from a club with no sleep!”

What is the club life back in her Thailand I ask, no one really hears of anything except the full moon trance parties? “The past 12 months has seen everything develop very quickly in Thailand. My country is crazy about big EDM Festivals and crazy about DJs, but also the underground scene has made a big step forward. New clubs like Life in Bangkok has opened and have great artists performing all the time, the scene is growing and I can’t wait for January when I will start to bring some big events to the country.” Earlier this year Nakadia took her first steps in the promoter’s role and persuaded Sven Vath to come and play for her in Koh Samui…“it was sensational. It was my first party so I learnt a lot, but the atmosphere was unbelievable. Sven Vath on a tropical beach with 2000 people dancing on the sand? Just amazing.”

It’s hard to imagine that a young lady who has taken so many risks in her life actually found Ibiza daunting on her first venture here ten years ago. “I just didn’t know what to expect, I was still very young and inexperienced and found it all quite shocking. It seemed the whole of the DJ world was here and even though I knew that I wanted to be part of it all, I knew I wasn’t ready. Ibiza can make or break you and going into the madness too early would have been the end before it started for me. I am so glad I disappeared, got some experience and returned knowing I could do myself justice.”

Which takes us back to her tiny village in the Isaan province and a moment our heroine pinpoints as the start of this incredible, heart warming adventure…and the birth of her DJ career. “My brother knew how much I loved music, he saw how many hours I sat by that little radio in the kitchen singing away and without telling me he saved all of his wages and bought me a ghetto blaster. So every night I would go out and play music for the entire neighborhood and we would all dance under the stars. And that’s how my fairytale began.”