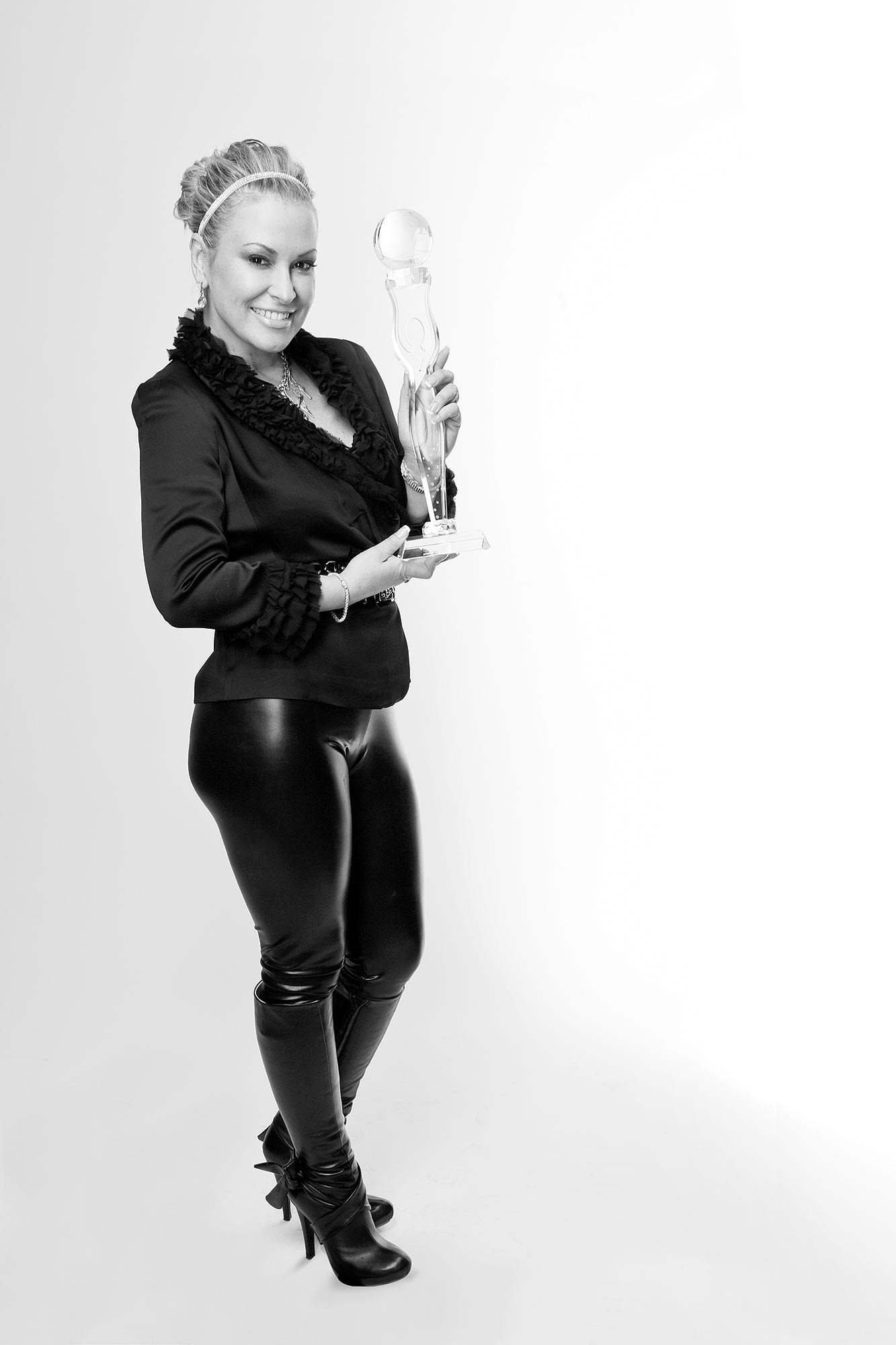 J.B. You’ve sold more than 34 million records, you’ve made it to number one in the charts on several occasions and got several platinum albums. Now you have won the World Artist Award. What does this accolade mean to you?

A. It’s just an honour to be acknowledged by the Women’s World Awards. And when you look at the artists that they have previously given awards to – people such as Teri Hatcher, Linda Evangelista and Claudia Schiffer – hey jay jay – I look at this and am surprised. I don’t do it for that. I do it to make people happy. I don’t try to follow a formula and sometimes beat my own drums and sometimes I feel like (whisperingly): Why are they beating me?? In general I guess I think what I got from looking at all these women is, we all could be friends, and may be we don’t be friends because we all have the goal that we have work-wise, which is really just to make a difference. And also to stand up for what we believe in. And that to me was one of those things that I said: I get that – wow! This is soooo cool. To be there in the Women’s World Awards – just, it’s not an MTV Award, it’s so different; your spirit comes – not just your body.

JB. What is your advice in these – let’s say difficult times – to those who right now are not so successful?

A. Puhh! You know I think even right now people that are successful are experiencing the same but different things than other people that have never had it. I think unfortunately that for other people who never had it, it’s even more difficult, so looking to try to get a record deal in the next year, too – maybe it will not be that easy. But music will come back and the industry will come back and the recession will only be temporary. I never looked at my spending before. So I’m now looking at my spending and so see where I could try to save money eventually. Of course I don’t like being forced to have to live a certain way that isn’t the way that I prefer to live. But instead of being angry about it – I look at it and go for what can I find in it that is fabulous. I’m putting a tour together. But I’m not thinking to put the same tour together I put four years ago. I’m doing an intimate tour – like a tour that new artists put out. Some of the venues will be for only 3,000 people. (Screaming): That’s got to be hot! Awwwww Yeaaaah! My fans will never have to worry about having to be in the first row. Why? Because it’s getting so intimate that I can even walk up the aisle – and can say to them: “Thanks a lot for coming!”

JB. You are very beautiful. A few years ago you did not indicate your true age. You made yourself younger. How important it is for you to look young and beautiful?

A. I’m not trying to look like somebody else. I always have been really comfortable with what makes me happy. So I don’t obsess about thinking: Oh I need to have Angelina’s nose or to wear blue contacts as my eyes are brown – it’s all an illusion anyway. What it sometimes is when I’m on stage and there is a little bit more like tonight when my hair is up and there is an updo and there is a gorgeous strass on, it’s gonna be a little bit more illusional than me sitting in front of you in a T-shirt and a jeans jacket.

JB. You managed to live with Morbus Crohn and cured breast cancer. I suppose that is why you are engaged in charity? You have set up your own fund?

A. I’m actually getting the fund more vamped up because of course the tour is coming so that is usually a great time for me to always pilot my fund. The foundation that represents my fund is the BCRF (Breast Cancer Research Foundation) run by Evelyn Lauder. My fund is really small; it’s just me and my sister put it together and I’m really lucky that my fans keep it alive. And every year, whether it’s breast cancer day or whether it’s my birthday, they are doing a raffle and sending me a cheque. There is also a website for my fund: www.bcrfcure.org

JB. Was your cancer the reason why you do not want to have children of your own?

A. It’s quite late in life, apart from the illnesses, and my husband has two wonderful boys, five and twelve years old. We started in our forties, my husband and I – and we have a long life with them and many, many years of growing and travelling and experiencing. I think to bring a new child into that would probably be difficult. I love my husband and he loves me and it would be selfish to have a kid together. We both enjoy work and we both realised that we both have to work to pay for our boys, because that is part of the situation.

JB. You have been in Germany and coached the young people of DSDS which is like American Idol. Was it fun?

A. Loved it! It was one of those shows I didn’t expect how they are and it was hours that I was there.

JB. Who was your favourite?

A. You can’t imagine the poor kids, there were so many. I only remember there was a good singing girl – really good singing – and a couple of good singing guys. I hope that what I brought to the show was helpful.

JB. On your next tour, you’ve announced concerts for many European countries such as the UK, Germany, Austria, Italy and the Netherlands – but nothing about Spain. Are you not coming to Spain?

A. My tour starts in these countries and they are announced because tickets for them are already on sale. I start my tour now and don’t know when it will end, but for sure I will give concerts in Spain, too.

JB. Have you ever been to Ibiza?

A. No, I haven’t. And my husband has and everybody I know has and it must be awesome.

JB. It is the centre of music…

JB. …especially of house music. Do you like House?

A. (Enthusiastically): Love it! Every song I have is a remix. Come on, I make a remix (imitating the sound): utz utz utz utz – I love it!

JB. So when you are on tour in Spain, do you promise to visit us in Ibiza?

Interview with Anastacia (A) conducted by Jürgen Bushe (JB)